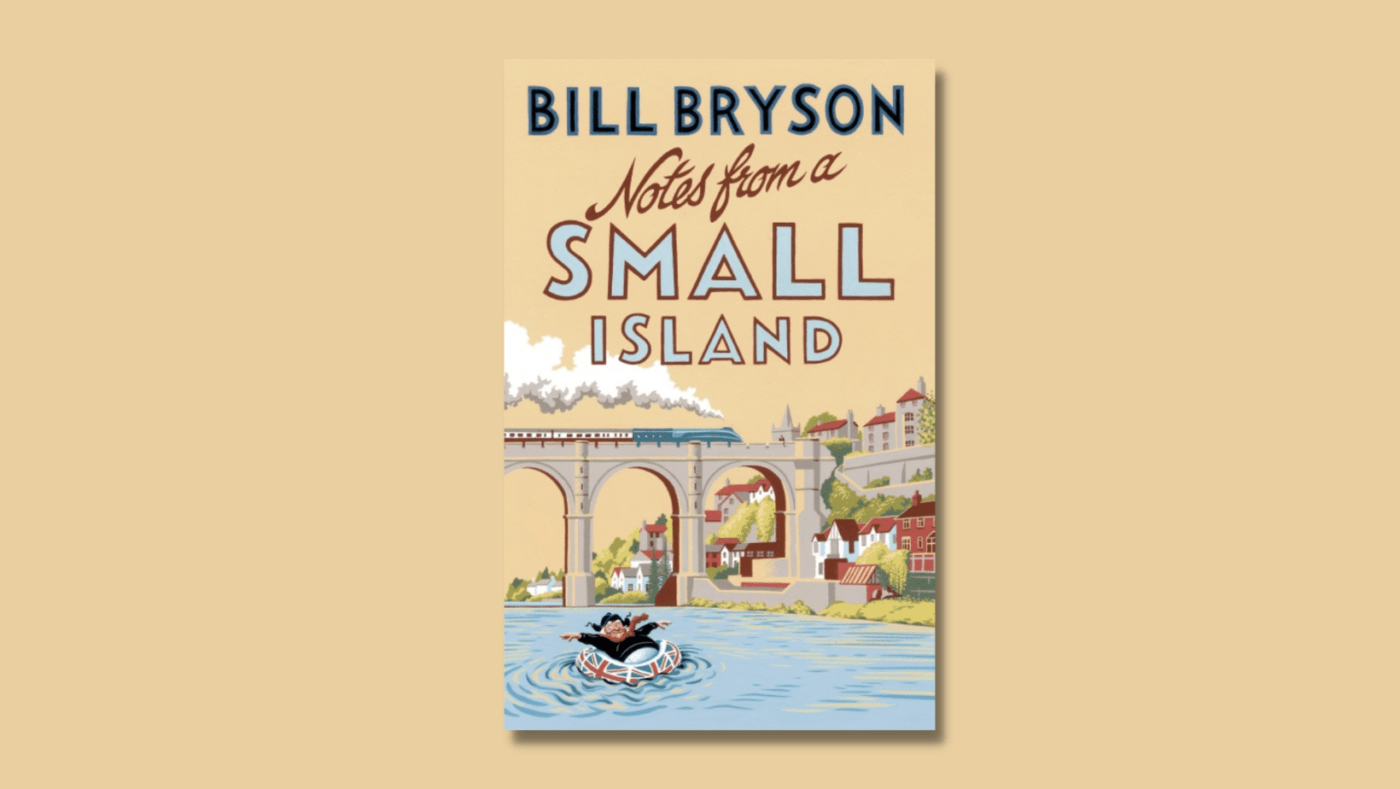 Travel writing is a genre of crafting words that deserves a far greater appreciation. The ability to take readers to another world without needing to leave a room prompts pure delight,  and is a skill that has never been more needed. Travel writing is not simply a brochure or itinerary about the best parts of a location, but should capture a true sense of place that reaches an audience who might not otherwise have a chance to visit somewhere.

This is a spirit perfectly captured by Bill Bryson’s Notes from a Small Island. Detailing Bryson’s travels around the UK in the early 1990s, it was voted in 2003 by Radio 4 listeners as the book which best represented England. Bryson travels across all corners of Britain, starting in Dover, the place where he first saw the British Isles, and ventures all the way up to John O’Groats.

Bryson is a fascinating person to write about the UK, for he conveys the impression of being both an insider and outsider to what the UK has to offer. Born in America, in the 1990s, he was moving back to the States after decades living in Britain and wanted to take a final trip around the country. When writing, he had both the knowledge of British traits and characteristics alongside that sense of being someone entering into something new.

It is we human beings – eccentric, wacky, quirky – that make a location what it is

And what a pleasure it was to be in Bryson’s company as he travelled the breadth of the country. I admired how he mainly used public transport. I have no intention of learning to drive and appreciated just how much of the country could be visited by train or bus. Bryson is honest about the challenges this can create, but usually tries to portray these struggles in a convincing, revelatory and, ultimately, humorous manner.

What makes Bryson’s travel writing work best is his understanding that the places are not the most important thing. This might sound counterintuitive and illogical, given what we know about travel writing exploring different locations. However, what Bryson manages to recognise is that a location means nothing if there are not people to write about there.

It is we human beings – eccentric, wacky, quirky – that make a location what it is. An area otherwise is just the natural world. Humans bring personality and identity to a location, grounding it in history and offering tales of stories.

Throughout Bryson’s travels, he manages to focus on humans both in the present and past. For the present day, he’ll often just observe people as a masterful people watcher. The attributes and actions humans take can sometimes only be properly understood and appreciated from a distance. Bryson gets this absolutely right as an expert on the quirks of human behaviour.

However, he is also willing to demonstrate the scale of his research and interest in looking at the past. Bryson covers a detailed amount reflecting on the past, be it quirky observations about the making of Stonehenge or a dispute within a cathedral. No area is left untouched or off discussion. If Bryson has a point of view or controversial opinion, he doesn’t refrain from offering it to his readers.

I sometimes wondered whether Bryson was ever going over the edge and being provocative for the sake of it. There are dialogue passages of his exchange with customer service staff, some of which is rude and appalling on his part. How much of it was actually said and what remained inside his internal thought process is slightly tricky to judge. All I can say is that a lot can be judged about a person by the way they treat retail and service staff and I found those parts slightly jarring.

Still, any criticisms I had were long made up by the strength of writing, volume of places visited and wider emotional attachment to exploring new locations and energy for exploration. It is admirable and will no doubt inspire more to travel who feel the need to appreciate the wonders of locations. While I hope to travel more in person very soon, I appreciate also having the opportunity to enjoy this through the words of an undoubtedly thrilling writer.