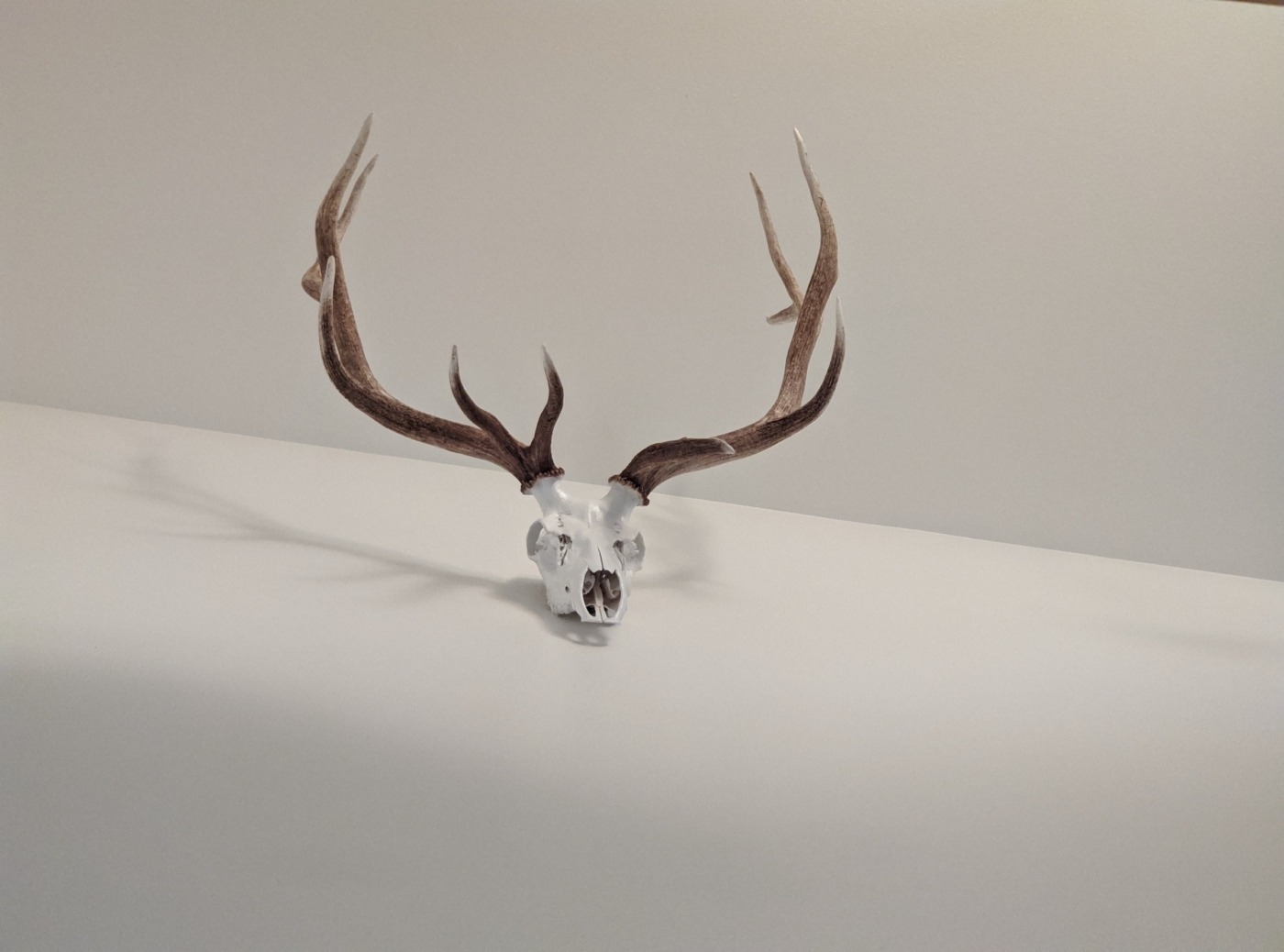 I was really excited for Antlers. It had an interesting trailer that didn’t give the game away at all, with direction by Scott Cooper and the involvement of Guillermo del Toro – everything was looking good. So does the film actually deliver? To an extent: it’s an effective horror film, but it struggles when it frequently tries to be anything else.

In a small town in Oregon, a teacher named Julia (Keri Russell) suspects that one of her students is suffering abuse at home. Lucas Weaver (Jeremy T. Thomas) is quiet and withdrawn, and both his father and brother are nowhere to be seen. Unbeknownst to everyone, Lucas is harbouring an even darker secret – a monster, locked upstairs in his decaying house, which he is desperate to protect and feed. As Julia and her brother, local sheriff Paul (Jesse Plemons), look into the case, they come face to face with a terrifying Native American creature.

If Antlers really shines anywhere, it’s in its craftsmanship

Antlers is Scott Cooper’s first directorial role in the horror genre, and his direction here is excellent. In his previous films, most notably Crazy Heart and Hostiles, he’s demonstrated a clear ability to generate a sense of place and atmosphere, and he employs this skill masterfully here. This is a dark film, embracing shadows and hinting at the dark undercurrents underpinning modern American life, and it works really well. If Antlers really shines anywhere, it’s in its craftsmanship; small-town America is hardly a new setting in the horror genre, but Cooper feels like he’s doing something different with it.

It’s also worth praising Thomas as Lucas, because he brings a lot to this film. He’s really the heart of Antlers, a young boy balancing the weight of impossible, awful knowledge on his shoulders. At points, he can be a little scary, but you feel for him throughout, and that’s down to Thomas’s excellent acting. Sadly, this is not echoed by the adults – both Russell and Plemons are normally brilliant, but here they struggle here to bring their one-dimensional characters to life.

Paul, in particular, is one of the least engaging and effective police officers I’ve ever seen in a film. I don’t need films to tell me everything, and it’s clear there’s a lot of subtext here, but a little upfront information would have been appreciated. Staying on the subject of the film’s characters, I was also baffled by the decision to barely use Graham Greene as the town’s former sheriff, particularly as the only indigenous actor in a film concerned with Native American folklore.

The trailers suggested something along the lines of a psychological horror story, but that’s not really what we get

The monster is realised really well, and the film delivers a lot of gore and nasty effects. The trailers suggested something along the lines of a psychological horror story, but that’s not really what we get. There’s blood and guts and an impressively-created monster that Cooper wisely doesn’t employ too much (even if his finale really dials down the threat of the creature much too easily). I think that Antlers is generally quite effective in its horror moments: there’s a sequence in a shed that is really effectively shot, and I’m not ashamed to say that I leapt in my seat.

If it had focused largely on this, and its solid mood-building, it would be an essential watch this Halloween. But it tries to do an awful lot more, and loses itself in trying to say something it hasn’t fully figured out. In the first half of the film, it indicates that there’s going to be an environmental message, then it’s going to touch on the impact of abuse, then it’ll explore the decline of the rural American town, then it’ll think about Native Americans, then opioids, and so on. It drowns in themes that it barely explores, and then refuses to pay any of them off in the climax. Where it does go in the end is unexpected, but another example of trying to carry more than weight than it has earned.

Antlers, then, is a film of two halves. The horror is quite good, and Jeremy T. Thomas’ performance at its heart is a brilliant one. But it spends too much time on heavy-handed symbolism that it doesn’t even pay off, and boasts a frustrating stock of characters who behave far too stupidly. The two sides of the equation add up to an average film that can terrify one moment, and annoy and confuse the next.