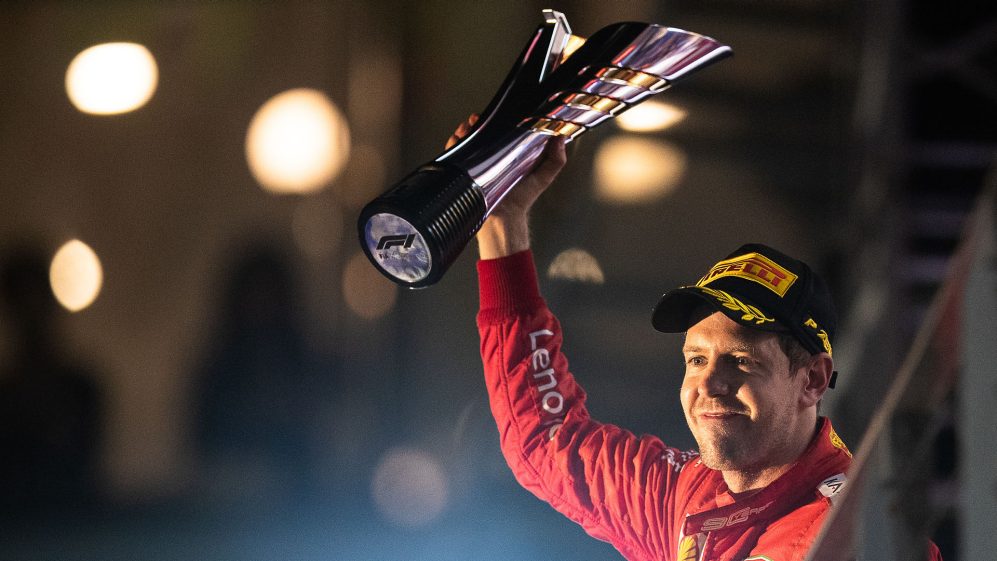 Sebastian Vettel: fighting for change off the track

Sebastian Vettel is one of the most accomplished drivers in the history of Formula One and Motorsport. With four world championships, 53 race victories and over 120 podiums to his name, he has risen to the very top of motor racing. One of the most liked figures and best drivers to watch in the sport, he has in the last year or so taken on a whole new type of race: the fight for environmental and social change.

The German has carried out multiple demonstrations and actions aiming to promote the need for widespread actions. These are not simply gestures but attempts to genuinely help the causes he cares about. Continually he has raised awareness of the need for recycling and not littering. After the British Grand Prix in July, he spent three hours along with a group of volunteers picking up the reams of litter in the grandstands, and the videos reached millions on social media.

Following that he visited a recycling centre near London for a documentary and later in the season opened an air capture and storage plant in Iceland. It goes without saying, this is not the typical activity of an F1 driver between races. It is simply someone just trying to do some good.

Amid lockdown in 2020, Vettel chose to undertake an internship in bio-farming, and subsequently became an ambassador for BioBienenApfel, an organisation that works to create and sustain living environments for insects. Furthermore, this season, in Austria, he helped a local school open a bee hotel in the shape of an F1 car.

An unusual aspect of his activism is why Vettel chooses to do this. He has no public social media channels and no sponsorship reasons for this. It isn’t promotion, but just because he feels it’s the right thing to do. He said before the Russian GP a few weeks ago: “I’m not doing these things to just have people look at it… The first thing that I always want to ensure is that actually whatever I do, it makes sense. And it actually helps the place where we are and whatever we are doing.” Yet, due to being so prominent for so many years, his actions do reach the feeds and eyes of millions. There is a fair chance his good actions, are actually changing the choices of thousands of others.

The truth though, is that Vettel and other drivers are not being political, but are simply standing up for what is right

The cynics would have a similar and classic response. They’d say his actions are hypocritical coming from such a privileged person who has polluted more than most and operates in a world not known for its environmental responsibility. He has publicly acknowledged this, but has raised several suggestions for F1 to modernise, including making the calendar more geographically sensitive to limit travel and making the engines more transferrable to road cars.

Aside from environmental issues, Vettel has displayed his support for human rights at Grand Prix’s held in oppressive nations via statements and helmet designs. Most notoriously, he has shown support and allyship for the LGBT community, via wearing the LGBT flag on his shoes, mask and shirt at the Hungarian GP, where LGBT rights have been under attack. Images of his ‘Same Love’ t-shirt he wore ahead of the race went viral on social media. While these may be simple messages, from such a high-profile figure, with a reputation, standing and public image to lose, they matter deeply.

Vettel is of course known as a Formula One driver, and not an activist, nor environmentalist. And many fans I’m sure would like to see sportsmen and activism separated. Indeed, there has been criticism for Formula 1’s ‘We Race As One’ message for being too political.

The truth though, is that Vettel and other drivers are not being political, but are simply standing up for what is right. And while the world continues to face such an existential climate crisis, having individuals who occupy corners of society previously on the wrong side of the debate, stand up and speak for what is right, is something we desperately need. 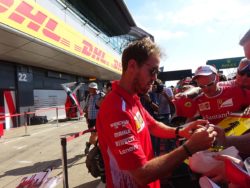