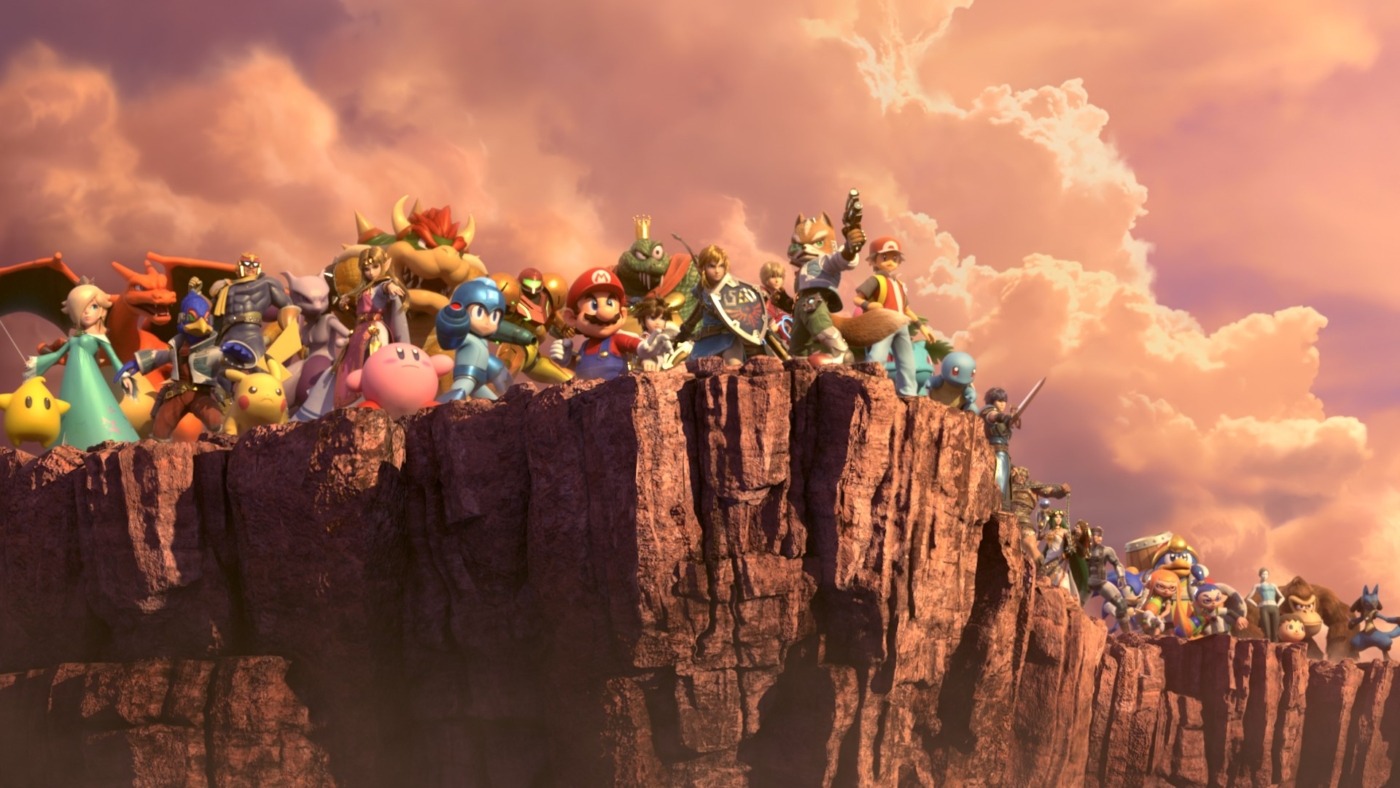 During a special ‘Mr. Sakurai Presents’ presentation, the game’s director and Smash figurehead Masahiro Sakurai revealed the final DLC addition, capping off the fighter packs and the game’s roster. Sora from the Kingdom Hearts series, was announced as the 82nd and final character in Smash Ultimate.

A sense of finality hung over the presentation. After the presentation of a few Mii costumes, we were treated to the final fighter reveal. And it began, rather appropriately, where the initial game reveal began back in 2018 – fighters gathered around a flaming version of the Smash logo, the Inkling prominently among them. The light goes out, except for a final flame, which lights up Mario’s fighter trophy. He goes to investigate, and strikes through the fire, revealing the iconic keyblade, opening up a keyhole through which Sora emerges. Sora, we’re told, “is finally here”.

I haven’t been so excited for new updates in a game since, well, another Smash game.

He will be a very light character with a high double jump and floaty movements, who attacks using both the keyblade and his magic (‘Firaga’, ‘Thundaga’, and ‘Blizzaga’). His recovery capacities look to be very impressive, and his Final Smash is named ‘Sealing the Keyhole’. Although the movement is largely inspired by the first game, he has multiple costumes inspired by many of the games in the franchise, as well as his various forms – Wisdom Forma, Ultimate Form, and a Timeless River costume.

Sora will become available in-game from 18 October, and Sakurai has confirmed that there will be no future fighter additions. In the Kazuya reveal presentation in June, Sakurai said: “I’ve been working on this for a long time. You could call it my life’s work. But finally, the next DLC fighter will be the last one. There won’t be any more after that.”

I haven’t been so excited for new updates in a game since, well, another Smash game.

Anyone could be joining Ultimate, and yet Sakurai continued to pull the rug from underneath us.

When I was in secondary school, every morning, I’d head to the library, grab a computer and have a look at the newest announcement for Super Smash Bros Brawl. It may have been an item or a stage, but it was particularly exciting when a new fighter was revealed. I loved Olimar and R.O.B. (and still use them), but it’s hard to describe how surprising it was when Sonic and Solid Snake joined the brawl – it felt like this game was truly the crossover to end all crossovers.

I mention this because it’s been exactly the same feeling seeing updates for Ultimate – the DLC fighter packs have been delivering in much the same way, producing fighters from games we never imagined would join the battle. Hype ensued, and rightly so – people (myself included) tuned into Nintendo Directs and other events, keen to see who would be coming next.

Sure, the Piranha Plant felt like a bit of a left-field choice, and I remember vividly all the disappointment about Byleth, but the Smash team largely hit the heights. The addition of Kazuya and Terry Bogard expanded the fighting game pool considerably, and Min-Min and Pyra/Mythra were solid choices. But some of those reveals – Banjo and Kazooie, Sephiroth, Minecraft’s Steve – rewrote the rules again and again. Anyone could be joining Ultimate, and yet Sakurai continued to pull the rug from underneath us.

Throughout the Ultimate reveals, there’s been a real sense that this is a game made for the fans – there’s been a community around Ultimate unlike any other game I’ve seen.

Sora was not my preferred choice – I’ve never played a Kingdom Hearts game, and something in my gut told me it was going to be someone like Waluigi – but the incredible fan reaction speaks for itself. During the presentation, Sakurai revealed that Sora won the fan poll for Nintendo to explore future DLC options back in the Wii U/3DS era of the game, although the results were kept secret to prevent fans from pestering other publishers.

Throughout the Ultimate reveals, there’s been a real sense that this is a game made for the fans – there’s been a community around Ultimate unlike any other game I’ve seen. We’ve loved seeing Sakurai’s infectious sense of humour in these presentations, and the sheer joy he has in presenting the game he has worked on for years. Few game developers become personalities, but there are few game developers like Sakurai – he has expressed a desire for a rest now and, based on how packed Ultimate has become, he definitely deserves one.

Some fans have already started thinking about the next Smash game, but it’s hard to see where we could even go from here. More gaming icons joining the fray? Packing a new game with even more content? I don’t know, and I don’t want to think about it – for now, I’m enjoying Ultimate, knowing that this masterful game will leave behind an incredible legacy.