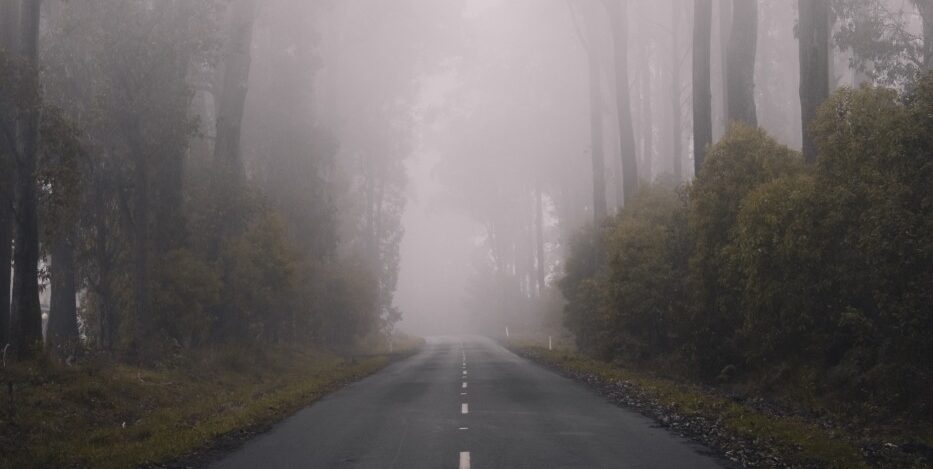 Photo by Pat Whelen on Unsplash

Most haunted places in Britain

As we near the spooky season and Halloween, the thrill of the paranormal is in the air. If you fancy some genuine paranormal activity, here’s a list of some of Britain’s most haunted places.

Few buildings claim more ghosts than the Tower of London. It’s seen numerous executions, from Anne Boleyn to Guy Fawkes, and Sir Walter Raleigh and the two boy princes Edward V and Richard, Duke of York, all of whom still walk around the building. There have been reports of an unidentified White Lady, announcing herself through an overwhelming smell of cheap perfume, who taps your shoulder and vanishes. Guards have seen ghostly bears and ghost Beefeaters, and visitors have reported a great smothering force in the gallery housing Henry VIII’s armour.

Although his life was one of glory, it’s said that in death, Sir Francis Drake haunts his home in Devon. Many of the locals feared him, believing he had supernatural powers and that he only defeated the Spanish Armada because he’d made a pact with the Devil. According to legend, Drake’s ghost rides across Dartmoor in a black coach driven by headless horses, which is led by a dozen chattering goblins and chased by a pack of barking dogs – any dog that hears the dogs’ bark is said to die instantly.

As people drive down the road late at night, a pair of inhuman hairy hands suddenly appear, grabbing the steering wheel and forcing the vehicle off the road

A road may not be the most obvious place for a haunting, but what is now the B3212 is home to an interesting local spirit – the hairy hands. According to the story, as people drive down the road late at night, a pair of inhuman hairy hands suddenly appear, grabbing the steering wheel or handlebars and forcing the vehicle off the road. The exact origin is unknown – it has been conjectured that the hands are those of an ex-Dartmoor Prison inmate – but since the first reported incident in 1921, the area has become notorious for accidents.

Pluckley is in the Guinness Book of Records as the most haunted village in Britain, and is reputed to have around 15 ghosts. There are plenty of stories to recount, from the three haunted pubs to the spirit of a colonel who hanged himself, the red lady in the church graveyard to a murdered highwayman. Most terrifying of all are the Screaming Woods – as you’d expect from the name, there have been numerous reports of the sounds of screaming men and women being heard after dark, the souls of those who died while lost.

This inn is supposedly one of the most haunted hotels in the country, and it boasts a number of ghostly presences. Overnight guests have reported seeing a family gathered at the foot of their beds, with a small boy waving at them, and ‘Angus the Drover’, who was murdered in the 1750s and now wanders the inn at night, screaming in pain. In the 19th century, a young girl drowned near the inn, and her body was laid out in one of the rooms – a number of guests who’ve slept there since reported feeling a wet, cold body next to them in bed.

Among their many conventional attractions, the county of Devon boasts Berry Pomeroy Castle, which was built in the late 15th century by the Pomeroy family. It actually became a tourist attraction in the 19th century, due to the popularity of the ‘picturesque’ aesthetic at the time, and has held a reputation for being haunted even longer than that. There are two female ghosts rumoured to lurk around the castle grounds: the ‘Blue Lady’ is said to lure visitors to her tower, where they supposedly fall to their deaths, and the ‘White Lady’ haunts the dungeons, where she was imprisoned by her sister out of jealousy. According to the English Heritage, Berry Pomeroy is purportedly “one of the most haunted castles in Britain”.

Those who are fascinated with the grisly crimes of Jack The Ripper, notorious Victorian serial killer, should make sure to check out the Whitechapel area in London. Walking tours are a great way to learn more about local history, as well as the killings of The Ripper’s five canonical victims, and only take around two hours out of your evening. However, those who wish to explore on their own will have no trouble finding some of the 19th-century buildings: the Board School, established in 1888, is located near the site of Mary Nichols’ death on (now) Durward Street and the Ten Bells Pub, which is linked to the final hours of Annie Chapman and Mary Kelly, is still open for business. This area of London has a dark and bloody history, often misinterpreted or misunderstood by tourists, and is explored in greater detail in Hallie Rubenhold’s book, The Five: The Untold Lives of the Women Killed by Jack the Ripper.

Closer to campus, a popular haunted site for students to visit is Warwick Castle. Originally built from wood in 1068, by Norman invader William the Conqueror, the motte-and-bailey castle was later rebuilt out of stone in the 12th century. The castle is steeped in history, having weathered the 100 Years War among other dark periods, and is rumoured to be haunted by multiple spirits. The Castle Dungeons are a focal point of hauntings, including a ghost of a jailor, and the attraction includes tours to take visitors through 300 years of gruesome history.  There are also two transcripts of seances that took place in Warwick Castle during the 19th century, which were detailed by the 4th Countess of Warwick, in which residents attempted to contact the troublesome spirit of a former servant, Edward Jameson.

One of the most morose periods of English history was The Great Plague, which spread across the country in the 1600s and killed an estimated 75,000 people in London alone. A relic of this grisly era is the plague town of Eyam: in 1665, tailor Alexander Hadfield ordered a box of cloth from London and unwittingly introduced the bubonic plague to the East Midlands village, resulting in the deaths of 260 villagers. This was more than double the mortality rate in London, yet the disease was largely contained due to the village’s choice to quarantine and cut contact with other communities. While many people may not want to reflect on previous epidemics, (following the outbreak of Covid-19), Eyam is an interesting historical site, as well as being home to many potential spirits, and is well worth taking a day to visit.

Established in 1874, Newsham Park Hospital was initially set up as an orphanage to house and educate British seamen’s children. It was conceived by Liverpool ship-owners, in an effort to care for the widows and families of deceased Merseyside men, and, at its peak during the First World War, supported over 1000 orphans at one time. Following World War Two, social services were expanded and there was a decline in the number of children being placed in orphanages: the building was repurposed and opened as a hospital in 1954, including a psychiatric ward. The former hospital now welcomes both professional and amateur ghost hunters, including the cast of TV show Paranormal Lockdown, and is open to the public. With such a long and tragic history, it’s unsurprising that many refer to Newsham Park as one of the “most haunted places in Britain”. 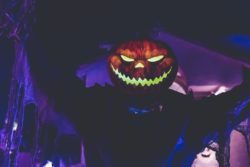