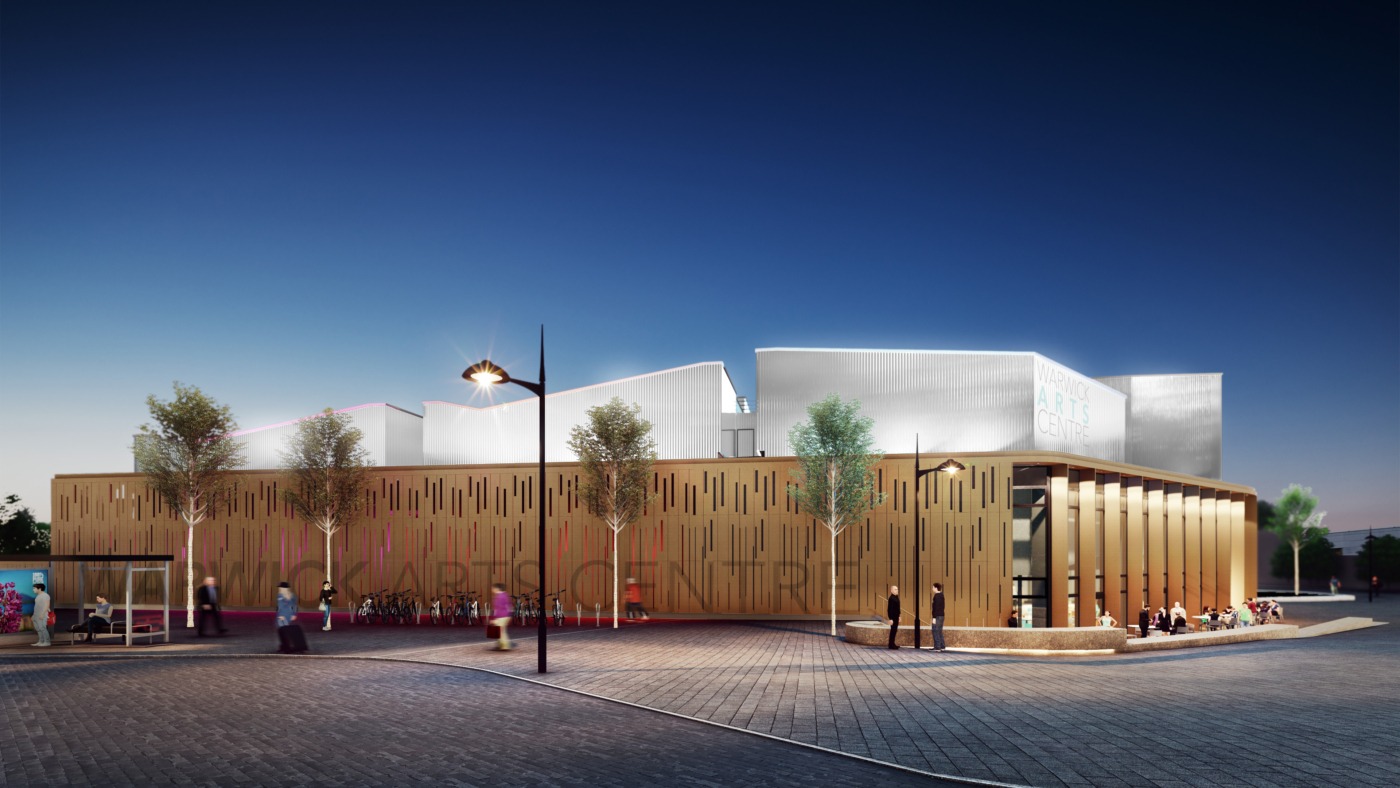 Welcome to art at Warwick: a vibrant, bustling scene of welcoming creatives. Warwick has a very active arts scene, both student and professional, with plenty of opportunities to get involved in performance, music, creation, production, writing, and other many areas of the arts at University.

In the middle of Central campus, you will find Warwick Arts Centre, which has had a massive overhaul in 2020/21 for the Coventry City of Culture events. This is home to the Music Centre, a cinema, and rooms which are also used as lecture halls. The central room is Butterworth Hall, named after our first vice-chancellor, a 1200-seater hall, used for everything from society events, welcome talks, performances, and graduation. As of this year, we have access to a new, dazzling arts centre which is a great space for the arts to expand.

There are plenty of opportunities for new and returning students to get involved with art societies… Freshblood New Writing is a society dedicated to new writing who host workshops, an annual ‘FreshFest’ drama festival of student-written plays, and have had original adaptations staged in the Arts Centre Studio. Warwick Writing Society produces an official publication called Kamena, and the Warwick Cobalt Magazine is another way to get involved with creative writing.

Performance wise, there are many societies to get involved with: Music Theatre Warwick (MTW) is a musical theatre society that creates and stages a variety of shows in the Arts Centre and at Edinburgh Fringe (Guys and Dolls and A Chorus Line to name a few). Warwick University Drama Society is an award-winning student theatre society focusing on published plays that run regular workshops.

There is also the Pantomime Society which writes, creates, and performs three pantomimes a year. Drama societies are a fun place to create and make friends; the Panto president, Eddie Bob Snow, told The Boar that ‘drama societies are focused on diversity and inclusion. Panto in particular aims to be a welcoming and safe space for everybody’.

For keen vocalists you have a generous choice between Warwick Glee, VocSoc and the A Cappella Society, whose group, ‘The Leamingtones’, won Warwick SU’s society event of 2020.

If music’s your thing, Warwick has lots to offer.

If music’s your thing, Warwick has lots to offer. Warwick Symphony Orchestra is the university’s largest auditioned (except strings) student orchestra with termly concerts. Warwick Wind Orchestra is the student wind band open for un-auditioned wind players performing a range of pieces and competing in the National Concert Band Festival (NCBF). They also have multiple small bands for clarinets, flutes, and saxophones – the latter called ‘Feeling Saxy’ – whilst Warwick Strings is the home for string players.

If these don’t sound like your thing, consider BandSoc, a home for student bands that hosts an annual battle of the bands in term 2. The jazz band is Big Band, which has previously performed at Kasbah. The Brass Society is the home of brass banding at Warwick, which compete in various competitions locally and with other universities in the annual UniBrass contest.

“As we don’t have a music degree here, the atmosphere is always very relaxed due to everyone taking part for the fun and enjoyment of making music together.” – Emma Davey

Emma Davey, the President of the Brass Society, spoke to The Boar about why it’s a great idea to get involved with the musical arts at Warwick: “Warwick has so many music societies and ensembles to get involved with! As we don’t have a music degree here, the atmosphere is always very relaxed due to everyone taking part for the fun and enjoyment of making music together. Joining one of these ensembles is also a perfect way to meet like-minded people and I have also met some of my closest friends through music societies. And there is no better way to unwind after a long day of studying than heading to a rehearsal (and the usual pub trip afterwards!).”

There are many other societies and opportunities. There is an Art Society, Comedy Society, Craft Society, Opera Society, Drum Society, Piano Society, Film Production Society, Photo Society, Improvised Theatre Society, Pole and Aerial Arts Society, and many more opportunities to be creative, perform or watch performances – either by student societies or by professionals in the Arts Centre, who host loads of events and performances for the public.

Another place to get involved with the arts at Warwick is to write for this very section!

Another place to get involved with the arts at Warwick is to write for this very section! The Arts editor, Sophia, said: “The Boar Arts is a fantastic way to get involved the arts at Warwick. You’ll be a part of a great team of writers who are all curious about the world of art – whether that’s the stage, galleries, comedy, or other artistic ventures. Here at Warwick, you can review events at our new Arts Centre as well as receive press tickets to some of the biggest arts institutions in the country. We love to read people’s opinions on anything!”