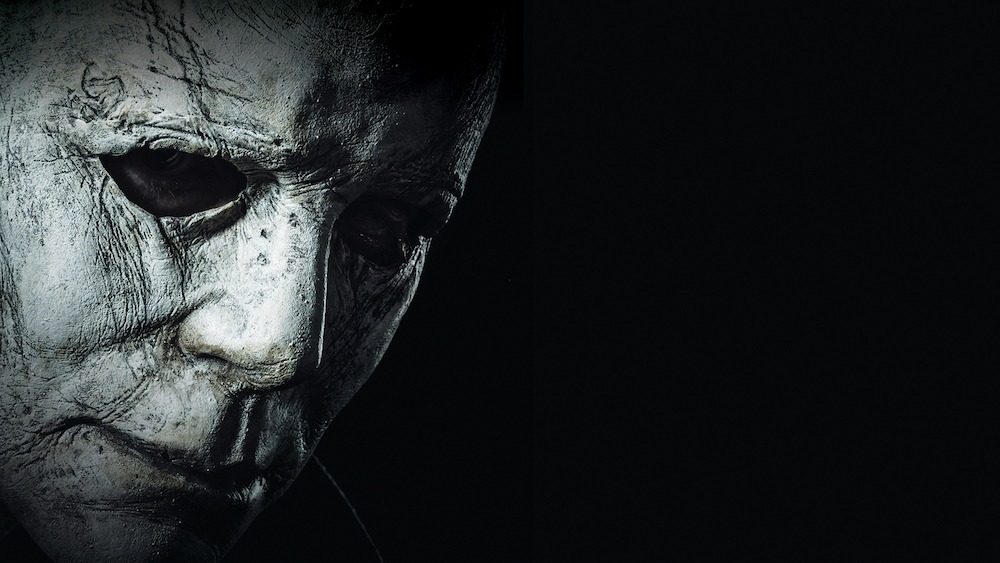 2018’s sequel to Halloween was one of the surprise hits of that year’s scary season, stripping away years of confusing mythology and making Michael Myers scary again as it delivered an effective character story. It transpired, however, that the film was intended to be the first in a new trilogy of Halloween films, and the second entry – Halloween Kills – has now hit cinema screens. It continues the run of making Michael a terrifying threat, but it drops the ball elsewhere and is a bit middling as a result.

Halloween Kills picks up immediately after the events of the 2018 film, with Laurie (Jamie Lee Curtis), Karen (Judy Greer) and Allyson (Andi Matichak) escaping from the house in which they’ve trapped Michael Myers (James Jude Courtney/Nick Castle), leaving him to burn to death. However, the sight of a fire engine soon leads to Michael escaping, and continuing his reign of slaughter across the town of Haddonfield. When the locals learn that Michael is back, a number of other survivors, including Tommy Doyle (Anthony Michael Hall), rise up to finish the job and eliminate the killer once and for all.

This film plays like an old-fashioned slasher, and it’s Michael Myers at his most grisly. Some of the kills here are truly brutal – Michael is not messing around, and it’s fitting that a film called Kills really delivers in the body count stakes. He feels monstrous in a way he has never felt before, in part because his murder spree is backed up by a phenomenal score by John Carpenter, Cody Carpenter and Daniel Davies (even if you’re not going to watch the film, listen to the score as Halloween nears and feel the fear). Green is clearly in his directorial comfort zone in these moments, and what Michael loses in suspense and atmosphere, he makes up for in sheer brutality.

Halloween Kills is a real love letter to the franchise, and it demands you’ve seen the 2018 sequel (and have a decent knowledge of the 1978 original) to really get the most out of it. There are many callbacks, with Green doing an incredible job of capturing the spirit of the original Haddonfield massacre and a character I didn’t expect to see but was certainly glad to. If you’re invested in this franchise, the chance to see many returning characters and actors reprising their roles from more than 40 years ago is a really rewarding one. In my screening, there was audible delight at hearing Charles Cyphers quote one his lines from the 1978 film, to give just one example.

The real issue with this film is that the scripting is weak in many points, and it suffers from being the middle part in a trilogy; there are certain things that we know have to happen, diluting the impact when they do (particularly at the end, when characters continually refuse to deal with Michael to the extent they claimed they would). Characters make far too many stupid decisions, even for a horror film, and there’s a bizarre choice to side-line two of the key players – Curtis gets essentially nothing to do at all outside of sharing a hospital room with a companion I won’t spoil, which feels like a huge missed opportunity.

Kills is simply a little too disjointed

It feels like this film wanted to make a point about mob violence, to have characters we care about and explore their lives and legacies, to have brutal kills and yet make jokes in the next scene, and it can’t juggle this at all. Perhaps, after watching Halloween Ends next year, my view will change and a lot of these elements will pay off, but at the moment, Kills is simply a little too disjointed.

Don’t get me wrong – as a long-time fan of the Halloween franchise (even when it went off the rails with the Cult of Thorn and Busta Rhymes), I enjoyed this film a lot. If you’re a horror fan, you’ll enjoy it and it comes recommended. But is it a good film? As sad as I am to say it, for a lot of the runtime, not really. It has too many plates spinning, an inconsistent tone, and it really lags when Michael is not onscreen. It certainly leaves us in an interesting place for Ends, but it’s not quite as satisfying a place as I’d have hoped.