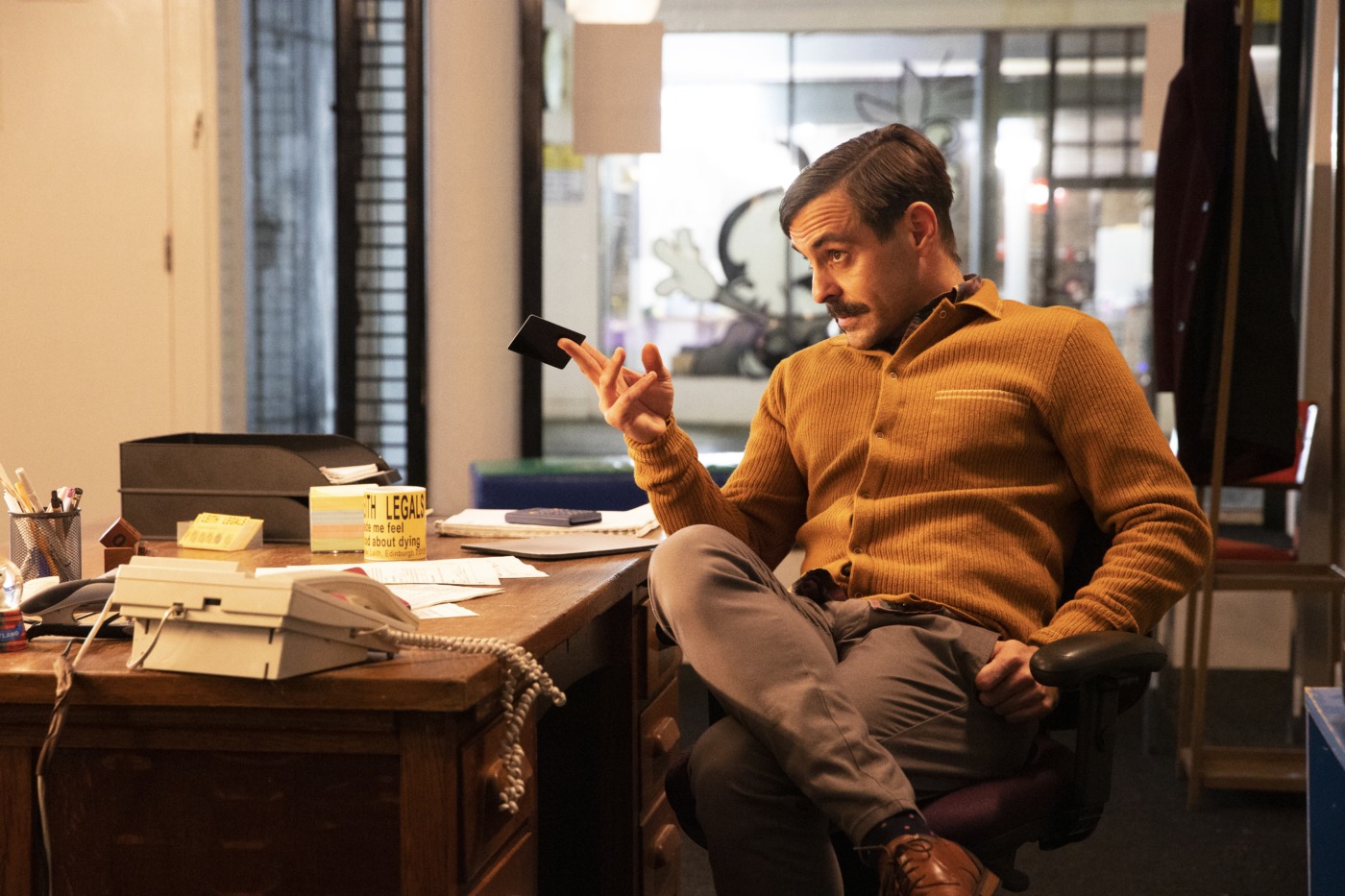 We return to Scotland for another instalment of Guilt, which sees Max’s revenge attempts face an unlikely stumbling block, and it proves another hour of top-quality drama.

In Leith, a vast re-development scheme is being promised by the mysterious Phoenix Company, but it faces an obstacle in the form of local minister Sandy (Ian Pirie) and his church. Sandy was the figure observed by Kenny checking out the empty bag of money, and his and Max’s investigation into the truth of their illicit work for Roy sees them butt heads with the man of God. Yvonne’s (Rochelle Neil) relationship with Kenny takes another step forward, but she faces issues at work as she reckons with the dirty Malone (Henry Pettigrew), and Max’s old cellmate Teddy (Greg McHugh) asks him to look into the supposed suicide of his brother.

Max is such an intriguing character, with even his moments of apparent empathy quickly disregarded, and Bonnar really conveys a sense of the inner quest driving him

As we watch this second episode, there’s more of a sense of who our characters are and their relationships with each other. I’m loving the new Max-Kenny dynamic, which gives the detective more of an opportunity to come out on top, and it’s a joy to see both Bonnar and Elliot onscreen, together or not. Max is such an intriguing character, with even his moments of apparent empathy quickly disregarded, and Bonnar really conveys a sense of the inner quest driving him. In an excellent scene, he’s one of three people in this episode to clash with Pirie as Sandy, a priest who is seemingly good but far from soft.

Ultimately (and in ways I won’t reveal) it appears all the cogs in this episode in some way revolve around Roy, a man whose continued insistence that he’s now clean and concerned about his legacy – which is an interesting counterpoint to Paterson’s version of the character last series. I mentioned last week about the sense of Leith as a place, and writer Neil Forsyth hints at the ways Roy’s influence creeps into the area and has shaped many of our characters’ lives. As Roy thinks of the legacy he wants to leave, the one he has actually created is so markedly different.

I know I made a big deal out of Patrick Harkins’ directing last week, but I need to do so again, drawing attention in particular to the excellent sequence that opens the episode. We see where the money at the heart of Adrian’s bag of money came from, and how Sandy came to be involved, and then it recaps the first episode’s deaths with such an effective shot: it focuses on the bag, and lets the action unfold around it, and it’s excellent. Really, it’s a small thing in the grand scheme of things, but when you see moments like that, it really helps set the mood. Similarly, a perfect reference to Papillon just hits the mark, saying so much in few words.

Halfway through Guilt’s second run, it’s proving an incredibly solid and engaging drama, and I honestly don’t know where it’s going to go next

I saw that Guilt was in the newspaper this week, a story of criticisms. Viewers appear to have two issues with the show: that some Scottish people have thick Scottish accents, and that the plot is much too complicated to follow. For the first, I’m too baffled to respond, but I have sympathy with the second issue. There are moments when I wasn’t sure exactly what was happening (particularly with the housing stuff in the opening, when we follow a character I didn’t know who then vanishes for the rest of the episode), but the pieces are really falling into place effectively and, by the episode’s end, I thought I had a good handle on things. Whereas some people are seeing this as a weakness, I think it’s a strong selling point – I like a show where I have to pay attention. Forsyth managed this in the first series, and I’m sure he’ll do it again.

Halfway through Guilt’s second run, it’s proving an incredibly solid and engaging drama, and I honestly don’t know where it’s going to go next. I’m really having to resist the urge to just binge the entire series on iPlayer, and it’s proving a big challenge – I think that’s a perfect demonstration of just how gripping the show is.