Media coverage of the UK fuel crisis has been irresponsible

As you may have noticed, the UK is suffering a fuel crisis. Over the past few days, as a shortage of HGV drivers has affected our ability to get petrol to the pumps, we’ve seen mile-long queues as people scrambled to panic buy. Petrol stations have run dry, and the government has been caught on the back foot in its response. There are a lot of bodies and factors to blame for this, from the people unnecessarily topping up fractionally tiny amounts just to keep their tanks full, to the mixed messaging from our government, to the dual aftershocks of Covid and Brexit.

And yet, as news outlet after news outlet puts together handy guides about who is to blame for the shortage, they’re very keen to avoid pointing the finger of blame at themselves. And, frankly, the way the media has covered the fuel crisis has been truly irresponsible, and it’s obvious that the tone of the coverage has exacerbated everything that followed. Obviously, a petrol shortage is a story that should be covered, but it has been totally mishandled by news organisations across the board.

Where did this come from? There’s been an HGV driver issue for months now, causing supply chain issues and hampering access to goods. The reasons for this are myriad – older drivers retiring and lack of young interest in the industry, poor working conditions, Covid backlog on new HGV tests, drivers leaving the UK due to Brexit. All these issues have now coalesced into a perfect storm, and last weekend, it was the turn of petrol to feel the pinch.

On 24 September, BP published an official statement which read: “We are experiencing some fuel supply issues at some of our retail sites in the UK and unfortunately have therefore seen some sites temporarily close due to a lack of both unleaded and diesel grades. These have been caused by some delays in the supply chain which has been impacted by the industry-wide driver shortages across the UK.”

It was a snowball effect, and everyone was piling on, seemingly keen that the story be made worse and worse

Supply chain issues have been big stories for months, so the media couldn’t ignore this one – indeed, they shouldn’t have ignored it. But, given this was a minor issue that affected fewer than 15 of the more than 8,000 petrol stations in the UK, and that we still have more than enough petrol, the coverage should have been proportionate and reasonable. It wasn’t.

“We are running on empty,” said the Sun’s front page, boasting the image of a giant petrol pump running dry – this headline was echoed in the Daily Mail. The Daily Telegraph and The i both talked of widespread rationing, while The Times begged people not to panic. It was the major headline on the BBC, ITV and Sky News, giving a frankly disproportionate level of prominence to the actual impact. And, as a result, the situation spiralled rapidly. The next day, stories of queues were top billing – queues that were in no small part prompted by the media coverage implying that Britain was down to its last few drops of petrol.

Thanks to the overhyping of shortages, panic ensued, and then shortages genuinely occurred nationwide – according to the Petrol Retailers Association, around 3,600 of its outlets were out of fuel, with many others “partly dry and running out soon”. It was a snowball effect, and everyone was piling on, seemingly keen that the story be made worse and worse. Images of people filing up jerry cans, water bottles and even carrier bags filled the papers, creating a narrative of sheer desperation to get some petrol – any petrol. Pro-Brexit news and anti-Brexit news filled the airwaves and print with conflicting narratives put across by their advocates, each attacking the other. As the shortage hit emergency service vehicles and other key workers, the news encouraged people really not to panic, after days of selling panic on demand.

There are tentative signs now that the crisis may be abating, but it’s been frustrating because it’s a crisis that never had to occur at all. What was essentially a small-scale, local issue was elevated unnecessarily, in no small part leading to the very chaos it ostensibly warned against. It’s the responsibility of good journalists to report news accurately and proportionately – the tone of this coverage failed on both counts, and we’ve seen the panic that can ensue as a result. 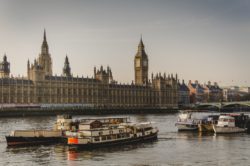