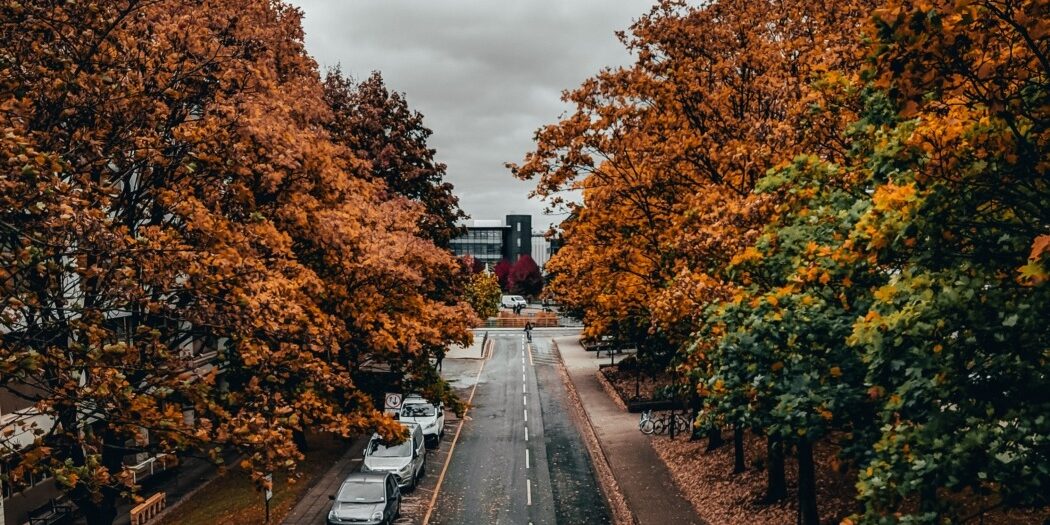 Photo by Alex Motoc on Unsplash

Warwick University has garnered many nicknames over the years, one such nickname is “The Bubble”, on account of supposedly being a bubble isolated from the world. But, you’ll be happy to hear this isn’t that true, there are loads of places to visit and things to do around the university, student hotspots, and wider afield.

Without even leaving campus there are some nice places. I recommend any new freshers explore the area and wander around Tocil Woods, the area behind Bluebell, and plenty of hidden secrets. You’ll likely be sharing your adventures around the multiple lakes with the geese.

Warwick straddles Gibbet Hill Road. when founded the eastern half was given by Coventry and the western half by Warwickshire. While Coventry often gets a bad rap, sometimes rightly so, it is not without its places to explore. If you find yourself near Earlsdon, take a walk around War Memorial Park. If you find yourself in the city centre take a look at Coventry cathedral, though I find the modernist rebuild distasteful, it’s an iconic landmark.

You also have The Wave – a water park – which is right in the centre, then other places include the Coventry Transport Museum and up by Wetherspoon’s Spon Gate there is Laser Quest. This is great fun, they also have a variety of fun escape rooms too. Then just on the outskirts, you have the student-favourite club, Kasbah. One thing you’ll find is that Coventry is a small city and easy to walk from one side to the other. You can get National Express’ 11 or 12X, or Stagecoach’s U12 from campus into various parts of the Coventry area.

You can take the 11 from campus, or X17 from Leamington or Coventry, to Kenilworth. You have the lovely Abbey Fields and plenty of churches and pubs to explore. For the bookish, The Treehouse is a great second-hand bookshop. And you have Kenilworth Castle, well worth an exploration.

For incoming freshers, Royal Leamington Spa, or simply Leam, is the heart of student life off-campus

For incoming freshers, Royal Leamington Spa, or simply Leam, is the heart of student life off-campus with a plethora of shops, pubs, and bars (like Old Library, Spoons, Newbold Comyn Arms, Fizzy Moon, the Cricketeers, and the infamous Kelseys), clubs (like Neon and Smack), and great walking places like Newbold Comyn, Victoria Park, and Jephson Gardens to explore. A walk along the canal or River Leam is recommended.

This walk can get you towards the River Avon and can bring you to the town of Warwick, the university’s namesake. The town is beautiful, unspoiled by students, with plenty of places to explore. Warwick Castle, while pricey, is a must-visit place. I also recommended The Saxon Mill in north Warwick. You can walk across the fields from North Leam through Milverton to get there. On a sunny day, this area is lovely, the pub’s Sunday roasts are a must. There are also the Guys Cliffe House ruins. You can walk to Warwick or get Stagecoach’s 1 from the parade.

From the parade, the X18 is a fast bus to Coventry but also goes to Stratford-upon-Avon. A bus or cheap train from Leamington Station can get you there to the town of Shakespeare. Highlights I mentioned in a previous article on Stratford include the River Avon, the Royal Shakespeare Company, the town and shops themselves, and depending on when you visit you may get to watch some Shakespeare in the park!

Trains can also take you to Birmingham, the big city of the West Midlands. For a large city day out, Birmingham is a good shout. With plenty of shops and hosting plenty of club nights and other general city opportunities, many Warwick students spend time there. Back in my freshers, three years ago, I recall it was a prime party bus destination.
Away from cities, there is one place on the bucket list for Warwick students, a drive to visit The Chesterton Windmill. It’s found all over students’ Instagram accounts, especially around graduation.

We’re only in a bubble if you believe it

This isn’t everything you can do around campus, we’re only in a bubble if you believe it. if you don’t mind being creative with transport or getting trains further afield around the area you have many options. Oxford is a short journey away by train, or Worcester by car. Northampton, Leicester, and Loughborough are close. And the town of Evesham is a hidden gem in Worcestershire on my to-visit list.