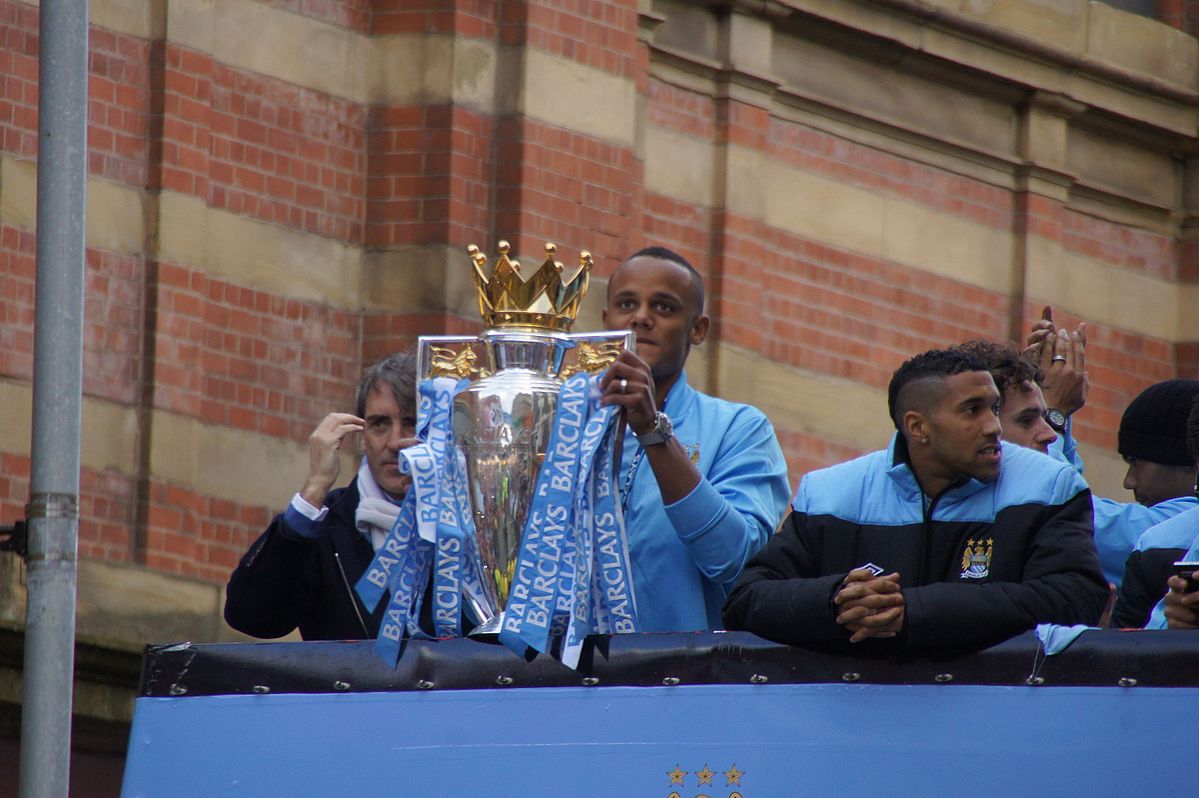 A season more or less sandwiched between one which had one of the most topsy-turvy two horse races in Premier League history in 2012 (“Aguerooooooooo!”), and the season which witnessed a miracle with Leicester reigning supreme in the Premier League’s most unlikely, pulsating title races to date in 2016 (Battle of the Bridge is definitely up there regarding the best Premier League matches of all time), it’s understandable why the 2013/14 campaign wouldn’t spring to mind immediately when discussing the best Premier League seasons. However, I reckon this premier league season has so much going for it to be rightfully considered as one of the finest since the league’s inception.

Yes, this piece will primarily focus on the bigger teams (my apologies), as I support one of the big teams (Manchester United) and I don’t remember the relegation battle of 2013/14 – definitely didn’t seem anywhere near as compelling as the 2010/11 relegation battle (Blackpool, anyone?) or as iconic as the 2008/09 relegation battle (Phil Brown’s on pitch half-time talk).

One of the biggest aspects going for this season was the narratives that ran throughout it. The stakes have seldom naturally been as high as this during a Premier League campaign: would Man City wrestle the crown back from Man Utd? Would Jose Mourinho rekindle the magic at Chelsea in his second term? Could David Moyes be a legitimate successor to Sir Alex Ferguson? Would Liverpool and Steven Gerrard finally get their hands on the coveted title? Could Arsene Wenger end Arsenal trophy drought with a league title? Yes, the last question seems preposterous upon reflection, but let’s not forget that Arsenal were in the title race for the first three or four months of the season.

What followed from these questions is probably the most finely poised three-horse title race in recent memory between Man City, Liverpool, and Chelsea. Man City deemed favourites for having an experienced league-winning team, whilst Brendan Rodgers’ Liverpool were the exciting, explosive team under the stewardship of their stalwart captain Gerrard, and Chelsea took the unlikely position as underdog, summed up in Jose Mourinho’s bizarrely wonderful metaphor of likening the team to a “little horse that still needs milk”. Not to mention Man Utd’s spectacular fall from grace – to seventh place – mere months after Moyes took charge, spawning umpteen memes and banter towards the United fandom (I swear Moyes has never worn a grey suit ever again after that).

Classic fixtures graced this campaign too. The nine-goal thriller between Man City and Arsenal at the Etihad is one for the history books, the Merseyside derby at Goodison Park was breathtaking, and the brilliant grudge match between City and Liverpool at Anfield deep into the season was a marvellous spectacle – dare I say a better game than the 4-3 match in 2017/18 (much more even affair anyway). But of course, the 3-3 draw between Crystal Palace and Liverpool will go down as one of the most significant moments of any title race in the league’s history. Quite frankly an unbelievable match given how it transpired and the stakes involved.

We witnessed some incredible moments during this season. I’m still amazed that Alan Pardew actually headbutted David Meyler on the touchline. Wayne Rooney scoring a half-volley from the halfway line in front of David Beckham against West Ham will always make me smile. And the Gerrard slip is the most poetic the Premier League has ever been, given his team talk after Liverpool’s win against City imploring the team that they “don’t let [it] slip”. Also the slip occurred in a match where we probably see the last vestiges of the Mourinho masterclass that the legendary manager is so famed for.

Other great things about this campaign worth mentioning is Luis Suarez’s performance, one of the most accomplished golden boot performances in the league’s history. Shout out to Aaron Ramsay, as this season was perhaps the first time that Arsenal fans (and football fans) finally got to see him realise his potential after years battling injury and mockery.

The 2013/14 Premier League season was one to remember and should be highly regarded. Only on a few occasions has a league season been so eventful, and how the story at the top-end of the table unfolded: no writer could have unravelled the narrative threads any better. Though this season personally was full of pain and sorrow, I am grateful that not only an exciting title race compensated for United’s extensive failure, but such a downfall contributed to a league campaign that ought to be celebrated.