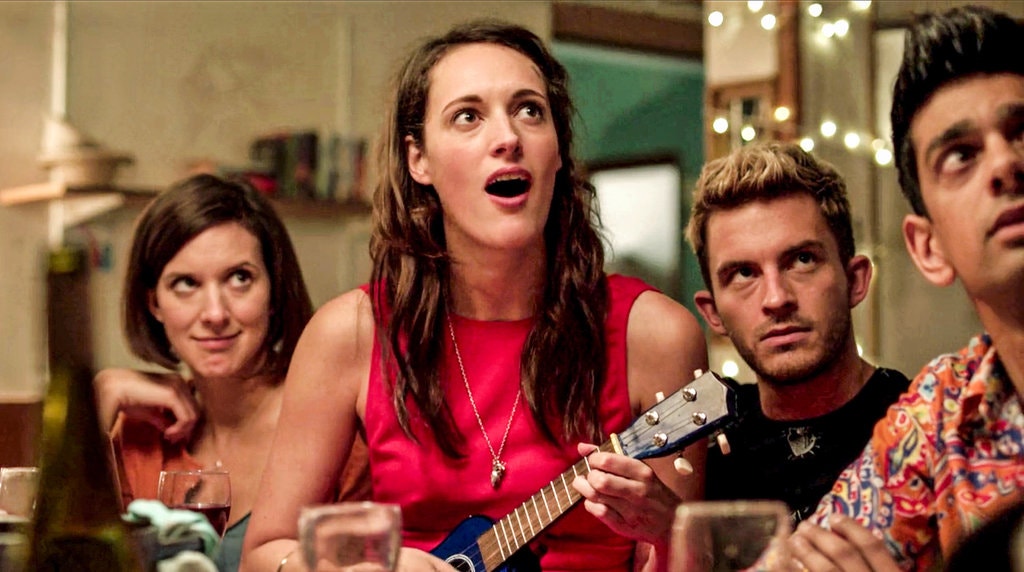 Few can dispute that Fleabag is, and likely always will be, Phoebe Waller Bridge’s signature work. It will be the singular thing she is best known for and it will be the yardstick against which anything she does in the future will be measured, whether that’s fair or not. Anyone who has watched it will understand why: its unique story and style of narration, its sharp black comedy and unforgettable characters, whether that’s the messy-minded titular character, her detestable alcoholic brother-in-law Martin, or, of course, the Hot Priest.

Although Fleabag brought Waller Bridge new levels of fame, she wasn’t, as many presumed, strictly a newcomer. Fans wishing for more Waller Bridge in their lives can find, with a little trawling through Netflix, what came before, in the form of her Channel 4 sitcom Crashing. Released in early 2016, the six-part series follows a group of twenty-somethings living in a disused hospital in London as property guardians, where they live communally and maintain the upkeep in exchange for very low rents. Comparisons to Friends have been made and they are both apt and misjudged at once: Crashing is more realistic (those apartments are far too nice for the area the friends live in and for what they earn), ruder, drier, sexier and possibly even funnier.

Waller Bridge lends a quirky yet true to life twist to a tried and tested sitcom formula, but even if it’s not enough to call Crashing genuinely innovative, it success lies more in the quality of its execution anyway. One particular success is its characterisation – Crashing’s cast feels fresh and well-rounded rather than like cookie cutter sitcom tropes. Among them is breezy, unhinged Lulu, uptight and anal Kate and her more chilled fiance Anthony, self-destructive, defensively angry Sam (imagine an adult Adam Groff from Sex Education) and the highly wholesome Fred. There is also the unusual yet somehow well-suited double act of dryly witted, passionate French artist Melody and Colin, an emotional newly divorced man in his fifties who she takes on as a muse. Waller Bridge also has a particular knack for writing a certain kind of man who thinks a little too highly of himself, and this becomes clear when one character introduces a love interest to the rest of the group who, on paper, seems like God’s gift and he knows it. It’s a talent that is exploited supremely in Fleabag, but its roots are in Crashing in the form of a man who, at one point, declares “I’M FANTASTIC!” with total sincerity.

Indeed, as Fleabag would later prove, Waller is a master at teasing out the nuances and complexities in relationships, blurring lines and boundaries, particularly in relationships where the viewer can never be certain if they’re romantic or not

Indeed, as Fleabag would later prove, Waller is a master at teasing out the nuances and complexities in relationships, blurring lines and boundaries, particularly in relationships where the viewer can never be certain if they’re romantic or not. The relationship between longtime friends Anthony and Lulu fizzes with sexual tension, despite Anthony already being engaged to Kate, and the two oscillate between braving to acknowledge it and ignoring it. Meanwhile, everyone, including the viewer, is kept constantly guessing over Melody’s intentions with Colin. Is she taking advantage of a clearly fragile man for the perverse excuse of painting, is she genuinely attracted to him, or is she offering a somewhat strange hand of friendship to a lonely divorcé who does clearly need it? These dramatic tensions imbue Crashing with somewhat dark undertones, but it’s just one aspect of what the show is really about: the messiness of your 20s that comes with lacking the sense of stability that perhaps defines becoming a ‘proper’ adult. Your work and living situations are precarious, and the same can be said for quintessentially millennial undefined relationships.

On the surface, judging the quality of a comedy comes down to the simple metric: ‘Does this make me laugh?’ That Crashing certainly does in many whimsical ways. There are improvised ‘truth songs’ about orgasms and penguins, silly one liners (“I regularly steal pens from Ryman!” Fred says to Sam to insist he has a dangerous side) and particularly physical comedy. Much humour comes from things breaking or falling down, suitably so for a sitcom playing out in a derelict hospital, and a hilarious exercise in physical comedy when Lulu scrambles to get out of a very tight jumpsuit when in desperate need of the toilet. They’re all standard tools of the sitcom trade, but it’s the way they’re wielded with sheer skill that makes Crashing a cut above.

Only one series of the show was ever made, the reasons for which seem unclear. There’s a sense of finality about the ending, where the six protagonists go their separate ways after being evicted because the council wants to demolish the hospital (a fairly normal occurrence in the lives of property guardians). The first season of Fleabag aired later that year on the BBC. Perhaps it was always intended as a one series wonder. It means that it becomes a shame that the show ends all too quickly – a seasoned binge watcher could polish it off in two hours – but it means there’s never room for the quality to slip for just a second.

However, now that Crashing can be found so easily on Netflix, there is hope for it to have a new lease of life and a belated wave of acclaim. Maybe it says something that Waller Bridge only began to be properly recognised when she began making more ‘serious’ television (Michaela Coel has a parallel story, having made two seasons of a sitcom, Chewing Gum, before breaking out with the more serious and more successful I May Destroy You). For all the progress we’ve made, we still can’t quite bring ourselves to accept funny women yet. But if you’re ever stuck for things to watch, yet don’t want to commit to anything long, this is more than worthy of your time. You won’t regret it. 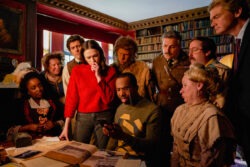