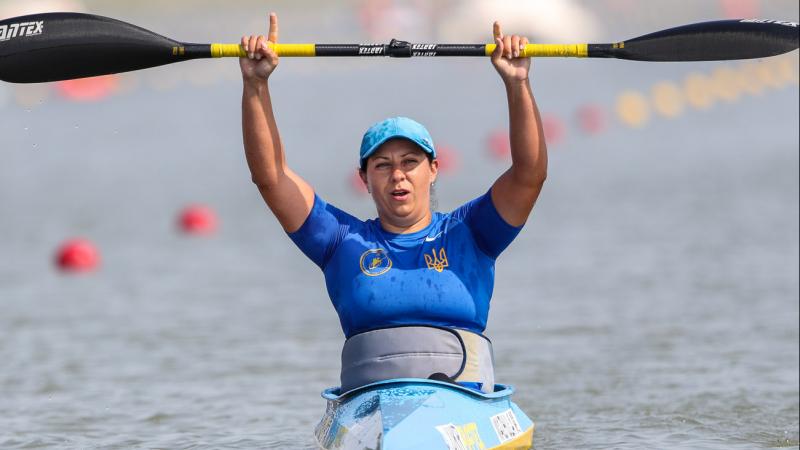 In the VL2 200m canoeing – the first time that the Va’a boat has been raced at the Paralympics – Emma Wiggs took the gold, adding to her Rio 2016 win. She led the pack from the front and finished in a time of 57.028, more than four seconds ahead of silver medallist Susan Seipel of Australia. ParalympicsGB took bronze as well, as Jeanette Chippington crossed the finish line in third in what is her seventh Games, and another bronze for Rob Oliver.

There was gold for Jonathan Broom-Edwards in the men’s T64 high jump. The current world champion took silver at Rio 2016, but a season’s best of 2.10m was enough to secure the gold this time round. After the event, he said: “To get it right, at the right time, I’m relieved, elated, excited, crying my eyes out. It’s been an emotional rollercoaster. I’ve been striving for it. To keep my cool and get it right when it counted, I’m really proud of myself. I always believed in myself and I wanted to come here and jump a new personal best. The weather didn’t play ball but to do a season’s best is amazing.”

The third gold came courtesy of Paralympic debutant Owen Miller in the T20 1,500m, who performed admirably at the end of the race, coming from fifth with 400m to go and overtaking the RPC’s Alexander Rabotnitskii on the last bend to win in 3:54.57. However, Richard Whitehead was unable to win a third successive 200m title – he was beaten in the T61 event by South Africa’s Ntando Mahlangu, and had to settle for silver.

In the universal relay, the British team were upgraded from bronze to silver after China were disqualified, while the USA took the gold. It was a special medal for Libby Clegg, as this was her final Paralympic race, while the rest of the team was guide Chris Clarke, Jonnie Peacock, Ali Smith and Nathan Maguire. Hollie Arnold was unable to defend her title in the F46 javelin, her lead overhauled in the last round by New Zealand’s Hollie Robinson and the Netherland’s Noelle Rooarda, and there was bronze for Hannah Taunton in the women’s T20 1,500m.

Beth Munro made history with GB’s first taekwondo at the Paralympics after taking silver in the -58kg, with the gold going to Denmark’s Lisa Gjessing. Stephen Clegg was pipped to the gold in the S12 100m butterfly by Azerbaijan’s Raman Salei, and there were further silvers for wheelchair tennis pair Gordon Reid and Alfie Hewett in the men’s doubles, the tandem pair of Sophie Unwin and her pilot Jenny Holl in the women’s B road race and for the class 6-7 table tennis team of Will Bayley and Paul Karabardak. Jordanne Whiley took bronze in the women’s wheelchair tennis singles, and the men’s wheelchair basketball team will face Spain for the bronze medal on Sunday after a 79-68 loss to Japan.