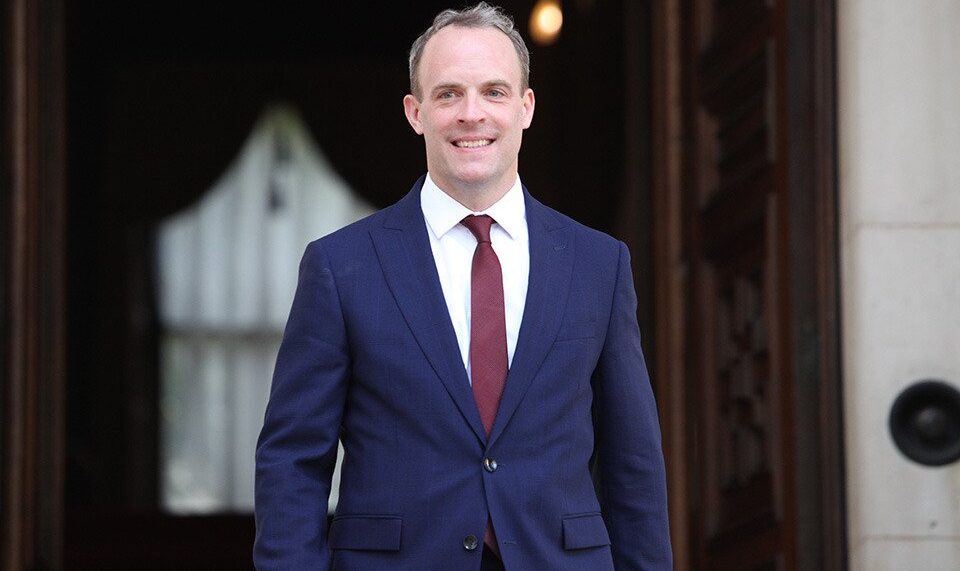 No doubt in direct response to my scathing review of his handling of Afghanistan in recent weeks, Dominic Raab has been moved from his job at the Foreign Office. Formerly the Foreign Secretary, one of the Great Offices of State and typically seen as junior only to the Prime Minister and Chancellor, he’s been shunted in the Department for Justice. After prolonged (and seemingly acrimonious) negotiations on Wednesday 15th September, Raab was also ‘promoted’ to Deputy Prime Minister. Thus, the Tories are briefing this move as a promotion for Raab, rather than a repudiation of his poor handling of recent foreign affairs.

Firstly, let’s address that piece of blatant spin. Dominic Raab was not promoted. He was not even moved ‘sideways.’ As First Secretary of State and Foreign Secretary, he was already designated the Prime Minister’s formal number two in Cabinet. In a majority Conservative government, the office of Deputy Prime Minister doesn’t carry any constitutional power; all the duties and responsibilities typically associated with being Deputy Prime Minister, such as deputising at Prime Minister’s Questions, were already his as First Secretary of State. Indeed, if the Deputy PM role was important at all, it would not have sat vacant since the Coalition ended in 2015. This is a tragic attempt at face-saving, and it reflects very poorly on Johnson that he has allowed it to stand.

This also isn’t an isolated incident. After all, Priti Patel, another occupant of a Great Office of State, has been found to have breached the Ministerial Code. Ordinarily, this would be a resignation offence for a cabinet minister, and yet Johnson feels no need to remove her. Likewise, Johnson didn’t sack Dominic Cummings during the media furore over his tryst to Barnard Castle. It appears that Johnson, who was himself sacked unceremoniously several times during both his journalistic and early political careers, is incredibly reluctant to remove his deputies.

if a minister is being sacked because they’re bad at their job, everyone should know that

Admittedly, the worst performers in the cabinet, including Gavin ‘A-levels fiasco’ Williamson, have been removed. And it seems unlikely that the departure from the Foreign Office for Raab was entirely unrelated to his recent escapades. But this belies a worrying trend. Cabinet accountability to the nation appears very loose. Even in the light of the recent reshuffle, popularity with the Conservative Party appear to have been greatly prioritised over actual competence.

Now, don’t get me wrong, I’m not naïve about cabinet appointments. I understand that Johnson has political reasons for doing essentially everything. However, this strikes me as a triumph of the short term over the strategic. It might be useful today to install a minister who appeases your party, but who in the long-run will be less capable of delivering. Similarly, allowing ministers to pretend they haven’t been sacked for underperformance might ease things today but it weakens the incentive for cabinet ministers to perform in the future.

Johnson is right to resist the media’s constant drive for resignations – it is not good government to choose your team based on the media cycle. On the other hand, when it’s clear that a minister is not up to a job, the best time for a Prime Minister to sack them is immediately.  Furthermore, that link should be clear. A sacking should not be dressed up as a sideways move, a contorted promotion, or an opportunity to ‘spend more time with one’s family’; if a minister is being sacked because they’re bad at their job, everyone should know that. Otherwise, the incessant motivation of ministers to scheme, rather than get on with their job, will never be curbed.

Finally, there’s the thorny issue of using important government departments as ‘sweeteners’ for demoted ministers. Obviously, sometimes a cabinet minister will be a better fit in a different role. However, the blatant treatment of the Department for Justice as a compromise for a reticent Dominic Raab is a sad indictment of our government. The criminal justice system is not a consolation prize. Indeed, it’s one of the most pressing concerns for the British people, after a decade of cuts, rising anti-social behaviour, and rampant crime. Robert Buckland, who gamely defended the government on numerous occasions when other cabinet ministers were either unsuitable or unwilling, gave all the signs of basic competence. Yet he’s been fired simply because someone higher up in the food chain wanted his job, a crass, ill-advised, and short-sighted move.

Sadly, Johnson’s massive majority, continuing positive opinion poll performance, and unique electoral appeal allow him to do what he wants. He doesn’t face significant threats from outside the Conservative Party, and so can afford to make moves on the basis of his popularity within. Hopefully, he will now shift to rewarding ministerial competence and quality governance in his appointments. This, however, seems a remote possibility. Until and unless the opposition can regain a foothold in British popular opinion, it seems unlikely that Johnson will change tack.