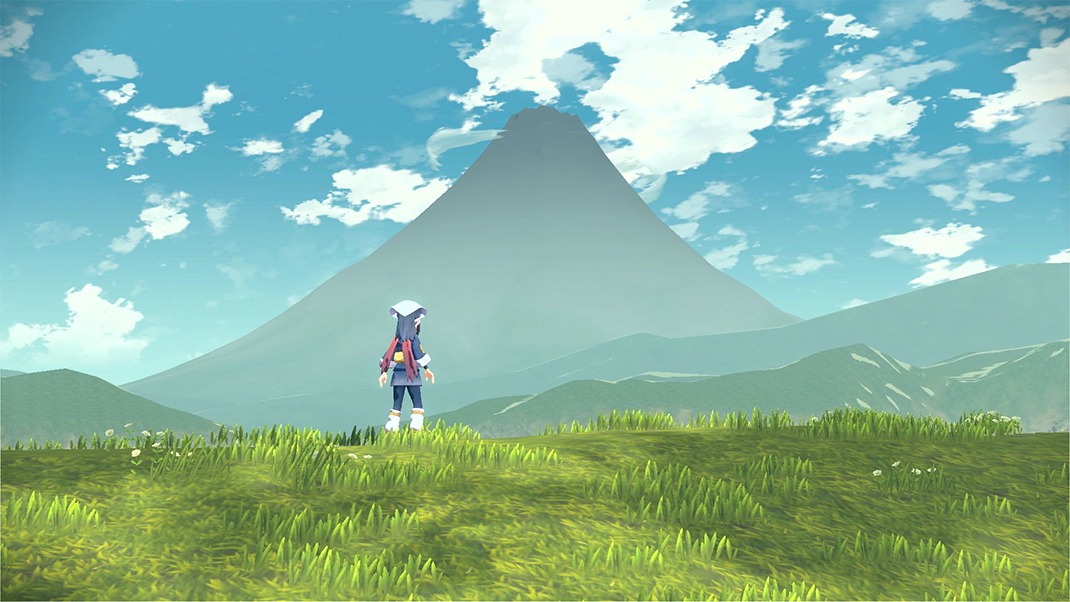 The Pokémon Company debuted a new Pokémon Presents presentation on Wednesday 18 August, detailing some of their plans for the near future and revealing the latest news on its major upcoming releases. Chief operator officer Takato Utsunomiya laid out a whole host of news, from small updates and special consoles to new Pokémon and far more about the most original-looking Pokémon game in ages – let’s look at his announcements.

The game is already out on Switch, and a mobile version is coming out on 22 September, which will have synergy with the Switch. There’s a pre registration campaign underway – if 250,000 people register, there will be a Pikachu licence, while 0.5 million leads to a new Pikachu in-game outfit. Any Switch players who log into the game by 31 August will get a Zeraora licence, and it was revealed that Mamoswine and Sylveon will both be joining as playable characters.

This puzzle game is getting a revamp, and will be known as Pokémon Café ReMix this autumn. The puzzles have been revamped, and there will be many new playable Pokémon and dress-up options. There will also be new methods to level-up staff Pokémon and new visitors, both of which are intended to increase the game’s longevity.

It’s the two-year anniversary of this game, and a number of events are underway to mark it. Dynamaxing is a new mechanic, and Leon is partnered up with Eternatus. In a legendary event, you can team up with Leon and Hop, and win the latter as a teammate (partnered with Zamazenta) if you complete it. Players will have the opportunity to scout up to 100 sync pairs at no cost, and three legendary events (Xerneas, Kyurem and Palkia) are returning. In late August, there will be new sync pairs, including N and his Reshiram, and a villain event will begin on 15 September.

To mark the game’s fifth anniversary, new Pokémon from the Galar region will start to appear in the wild. An event will run until 31 August, in which players can catch Wooloo, Skwovet, and Falinks, while both Zacian and Zamazenta will appear in five-star raids.

After a charming cutscene with Chimchar, Piplup, and Turtwig playing together, we got our biggest look at the Gen IV remakes yet. It looks to be a pair of games in the vein of very similar but slightly augmented remakes – the video saw us meet Professor Rowan, pick up a starter, form a rivalry with Barry, face gyms, fight Team Galactic, meet Cynthia, everything you’d expect. It appears that the ability to customise Pokéballs and explore the Underground have been expanded, and the return of following Pokémon is a welcome addition, as well as character customisation and what looks to be Pokémon contests (a feature of Gen 3). The games will be available on 19 November, and a special Dialga and Palkia Switch Lite will be released on 5 November.

The biggest draw was the last one – an open-world Sinnoh game (called Hisui in its history), which sees the player tasked with creating the first Pokédex. In Jubilife Village, you join the Galaxy Expedition Team (including such figures as Professor Laventon and Survey Corps captain Cyllene) – you undertake missions, setting up a base camp where you can look after your team and craft items. There’s a stealth dynamic, and different approaches to catching Pokémon. Pokémon battles, although similar, have some tweaks – it’s possible a Pokémon may be able to attack more than once in a row, conducting their attacks in different styles.

The trailer came with the reveal of four new Pokémon, the first of which was a Hisuian variant of Growlithe. It’s possible to ride the other three – a Hisuian variant of Braviary, an evolution of Stantler known as Wyrdeer and Bascuelegion, an evolution of Basculin powered by the souls of dead Basculin. The end of the presentation hinted at an increased role for Arceus too – it was an event-only Pokemon in its own game, but its presence will be greatly appreciated. The game will be released on 28 January 2022.