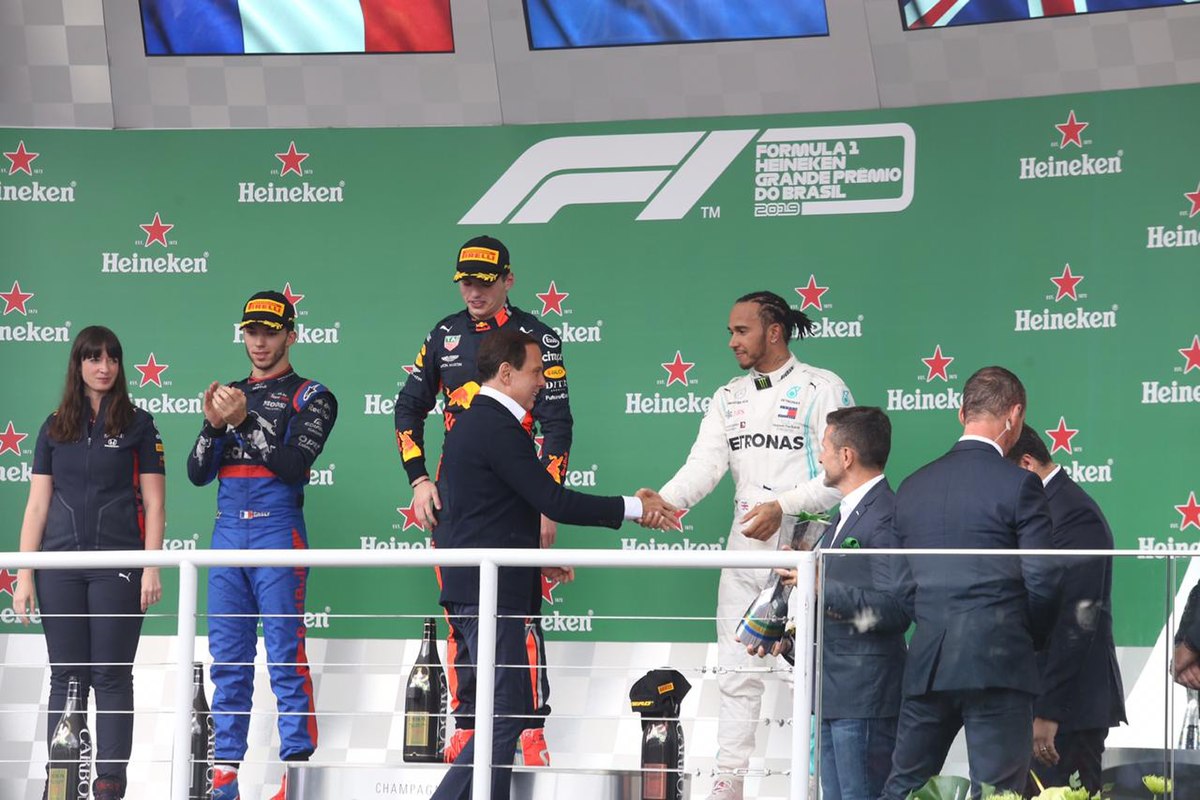 Lewis Hamilton cemented his place in the history books after his 100th F1 win at the Russian Grand Prix, a feat unmatched in the sport, and he took back the championship lead in the process. But as one Briton celebrated, another was disappointed – Lando Norris’ opportunity for his first win slipped through his fingers just laps from the finish line.

It should have been Norris’ day at Sochi. He took a fantastic maiden pole, and after briefly losing the lead to Carlos Sainz, he was ahead within 13 laps and controlled the race from there. Hamilton was held back in traffic, but he eventually managed to pass everyone and get into a firm second place – 20 laps from the end, it was a battle between the two Brits as the Mercedes kept getting closer. Hamilton cut the gap to under two seconds by lap 40, but it was looking like Norris would hold him off.

And then, it started to seriously rain with six laps to go. Mercedes called in Valtteri Bottas and wanted Hamilton to pit, but he refused. On the next lap, four laps to go, he followed team orders and pitted. He had a 24-second gap to make up, but Norris also refused orders to change tyres, and he slid off the track on lap 51 of 53. The win was gone, and the bonus point for fastest lap and a seventh-place finish will be little consolation for a victory that should have been his.

Max Verstappen started at the back of the pack, but he performed a solid recovery drive, which brought him up to seventh when the rain started. He had stopped for fresh tyres on lap 26, and was stuck behind a pack of cars – he was passed by Fernando Alonso on lap 36, and a high points-finish looked unlikely. But Red Bull judged the rain to perfection, pitting Verstappen at just the right time, giving him the opportunity to move up into second. This race was seen as damage limitation, and the team would have been thrilled to finish so high, seeing the points difference between the two drivers be as small as two.

Sainz struggled with the rain, but he fought back well to finish in third. His teammate Charles Leclerc also suffered with the rain, but was unable to recover, and a late stop led to a 15th-place finish. The top five were rounded out by Daniel Ricciardo and Bottas, meaning that Mercedes have further extended their lead in the constructors’ championship on a track expected to be good for them.

After the win, Hamilton said: “Lando did such an amazing job, he had such incredible pace. He’s doing such a great job for McLaren – this was bittersweet. It’s nice to see my old team ahead. I want to start with thanking the fans – we have such a great crowd here. I know it’s not been the best of weather but what a race it provided!

“It’s taken a long time to get to 100 wins. I wasn’t even sure it would come. The team made such a good call at the end. I didn’t want to let Lando go. I’m incredibly grateful to all these men and women here and back in the factory. Wow, 100.

I was so determined to do the best job I could. It was tough.

“Going to bed last night, with the job that I did yesterday, there were subtle little mistakes. I was so determined to do the best job I could. It was tough. Max must have done a good job to get up to second. The rain came and it was opportunistic and great call by team.”

Verstappen said: “It was pretty tricky on the in lap to make the call to go inters. I think we made the right decision on when to pit. If we had come in one lap earlier we would have destroyed the inters in the last sector. But of course to come from last to second is very, very good.

“The race itself was not very easy, because it was very difficult to pass and when you get stuck it is easy to damage your tyres. Luckily the rain helped us to make that last jump. With the penalty we had to only lose one spot is definitely not too bad. When I woke up this morning I definitely didn’t expect this result.

“From the back a lot of things happen in the first lap and even in the first stint with a lot of cars fighting each other. You just have to stay clean and I think we managed did that pretty well and then the crucial call to go to the inters worked out.”

Sainz said: “First off all, I got a good launch. That was the priority. Unfortunately, raining came, and that’s when our race started to go bad and we started to suffer a lot. We had to go early onto the hard, a lot of management.

“Then finally the rain came at the worst possible time because my hard tyres were going away. We did exactly the right call at the right time and managed to get back into P3 and a really strong race in general.”

On 9 October, we return for the Turkish Grand Prix. The rain played a big part there last year, helping secure a Hamilton win – will something similar happen in 2021?