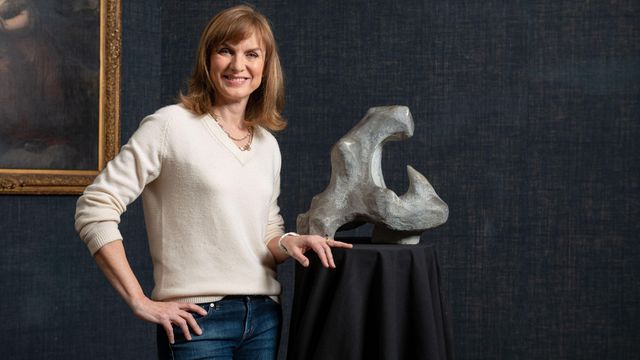 Series nine of Fake or Fortune has graced our screens after an excruciating two-year wait. Production plans were thrown into disarray with lockdown, but in September 2020 Philip Mould announced pre-production was underway. But we would have to wait another year to see it.

Mould, in a tweet after the series’ conclusion, said it was “testing making this series in lockdown” but “great contributors” and “great deceased artists” made it possible. Series nine pulls off a good showing, even if hampered by government travel and social contact restrictions. Travelling is a mainstay in investigating the featured artworks. I can’t help but feel, even with the successful ones, cases could have been made more convincing and efficient if Philip, Fiona, and their helpers weren’t separated by thousands of miles and a computer screen.

The first episode on a supposed Henry Moore sculpture is an odd start. Dug up in a Norfolk garden and almost melted down at one point by the couple who found it, it’s a weird piece. If anything, I think it proves I don’t care too much about abstract sculpture work. I obviously don’t have the imagination to conjure up some deep meaning about a lump of metal. It’s still a fun episode, and as it’s based in Britain you only really notice the difference from a normal year by the odd level of distance between people in conversations and the shocking final twist.

We see some lovely countryside shots and learn some interesting history about Henry Moore.

We see some lovely countryside shots and learn some interesting history about Henry Moore. Finding out that Neil and Barbara’s sculpture is made from aluminium alloy, not bronze, is shocking as it’s something that Moore didn’t use. There is yet another surprise in the ending twist. Ed, Betty Jewson’s son, saw a friend who he hadn’t been able to see because of lockdown and found a photo of said sculpture, likely taken in Betty’s garden. The episode ends in heartbreak as the panel says no. The sculpture, named Henry, returns to its job as a doorstop.

The second episode ‘Gerome’ deals with the 19th-century French orientalist Jean-Léon Gérôme’s 1858 painting ‘Arab at Prayer’. In this episode, you can see where the usual process is hampered – having to communicate through the internet only with America, and being unable to explore the location of the painting in-person. The drama in this episode is quite amusing, as the painting’s owner Jon Swihart bought it in 1999 and then showed his friend, the Gerome authority of the day, Professor Gerald Ackerman. It was listed as ‘Circle of Gerome’ and was downgraded at that auction. What Swihart didn’t know was that Ackerman was the one who downgraded it, and it strained their relationship as Jon felt it was a genuine work. The detective work is in full swing, digging into archives and finding Ackerman’s old letter on the painting. I can see why Jon waited until after his friend’s death to pursue this investigation – and it pays off in the end!

The third episode ‘Landseer’ (pronounced more like the car make Lancia) deals with a possible Sir Edwin Landseer painting called ‘Time of War’, thought to be lost or destroyed by the Tate Gallery after the devastating 1928 Thames Flood. Works marked as destroyed by the Tate Gallery after the flood have sometimes reappeared and authenticated, so there was some hope. Landseer is a master of animal paintings – his piece ‘The Monarch of the Glen’ from 1851 in the Scottish National Gallery in Edinburgh is breathtaking, and is used in the investigation. The possible Landseer is stunning even before it’s cleaned up. Sadly, and I’m shocked by the decision, it was deemed not real. Everything was pointing in the right direction, including a weird kink on the bottom-left of the canvas that surely couldn’t or wouldn’t have been copied. But due to a lack of flood damage, it was deemed not authentic.

As an armchair commentator and historian, I do have doubts about the verdict. Lots of little things don’t make sense. The painting is still beautiful, however. And there has been a past case of a decision being overturned down the line (series four’s Churchill), so hope may exist. I highly recommend Landseer’s works for animal lovers.

For a series so impacted by last year, it serves up an enjoyable and exciting time.

The premise for episode four initially left me dumbfounded. The painting is Benjamin West’s ‘The Last Supper’, or rather a second preparatory sketch. Sheep farmer Huw Lewis bought it for £50 on eBay – hence my apprehension. We find out that there is a mysterious lost second sketch for the 1786 painting commissioned by King George III. Lewis gambles in paying for restoration to help the case. It turns out it was worth it.

This episode was the most hurt by restrictions. Our presenters got to see the painting through a video link to America, and what a wonderous painting. Philip Mould also mentions he had to take up working from home midway through. And what a home it is, certainly not where most people were locked up for months on end. It’s stunning, certainly not cheap, and a work of art in its own right.

For a series so impacted by last year, it serves up an enjoyable and exciting time. However, while great, the series wasn’t perfect as it sometimes felt padded out due to lack of content (probably due to lack of international travel). If more programmes could be as high-quality as Fake or Fortune, maybe traditional TV broadcasters would stop continually losing to YouTube creators and streaming services! 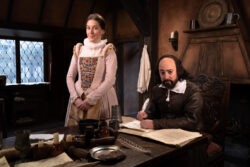 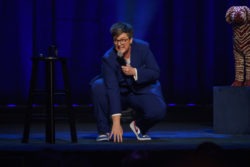