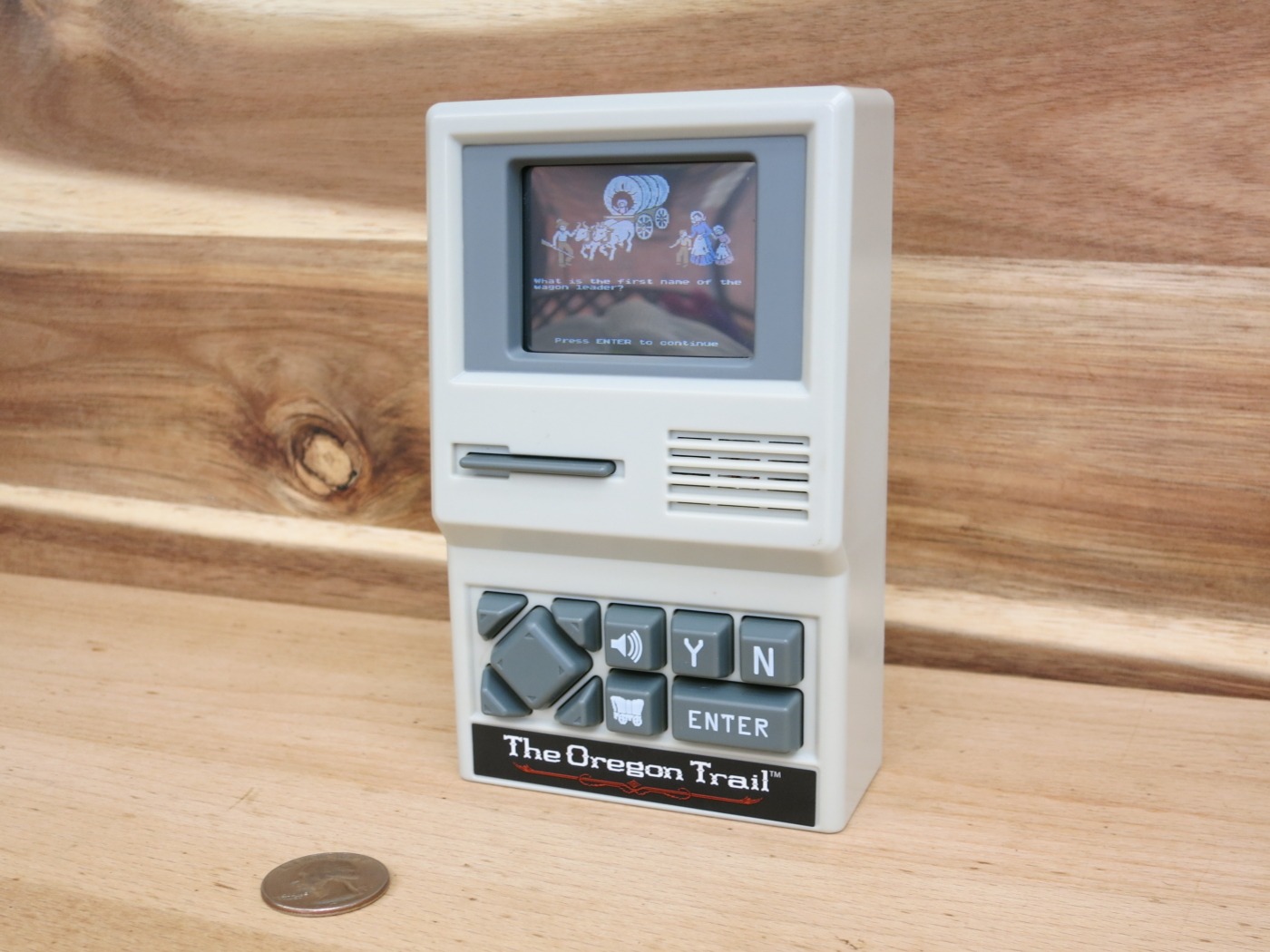 Concept to Console: ‘The Oregon Trail’

It takes a special kind of game to make the phrase ‘you have died of dysentery’ into a popular catchphrase. But the legacy of the famous The Oregon Trail goes far beyond that – it turned 50 years old this year (older than Mario, Pac-Man, and even Pong), and the educational game’s influence over the gaming industry is still just as important as ever. To mark this anniversary, I’m digging into the creation of this classic and finding out how a game about a 19th century wagon route captivated a nation.

Don Rawitsch was a teacher in Minneapolis in the early 1970s. He looked for new ways to engage his students – in one instance, he got his students to dress up as historical figures to take lessons. He said: “[Carleton College, where he was working in 1971] very much encouraged students who were planning on following a teaching career to think a lot about different ways of educating students and using creativity in creating curriculum materials.” This style of teaching would inspire his next project, a board game about the Oregon Trail. He used a map of the US Frontier, and wrote a stack of cards dealing with some difficulties that early settlers had faced: snakebites, dysentery, and broken wagon wheels, for example.

His roommates, fellow Carleton teachers Paul Dillenberger and Bill Heinemann, returned home and saw Rawitsch surrounded by paper and notes. They suggested a collaboration, turning the idea into a computer program, and Rawitsch accepted. They developed the first Oregon Trail in two weeks. It was played on a teletypewriter, an electromechanical typewriter that would communicate with a large, mainframe computer via a phone line. It was entirely text-based – the students would type them answers on a piece of paper, and the computer would respond by typing out status updates.

This research also led to a more sensitive portrayal of Native Americans, who often intervened to offer assistance to struggling travellers

The game was a smash hit with students, but deleted from the Carleton mainframe at the end of the semester. In 1973, the Minnesota Education Computing Consortium (MECC) was created, with the goal of bringing computer facilities and staff support to Minnesotan educational facilities. They lacked programs, but hired a bunch of young ambitious teachers, one of whom was Rawitsch. Rawitsch had been exempted from Vietnam as a conscientious objector, on the condition that he’d complete two years of alternative service. MECC was perfect for that. After seeking permission from Heinemann and Dillenberger, he set about resurrecting The Oregon Trail.

Rawitsch reworked the game, fixing errors and conducting more research. This info altered the frequency percentages, making the title truer to life. Rawitsch said: “The most significant thing that I did in terms of research was to find published accounts of the actual diaries of people who travelled the trail. I took several of those diaries and read them all the way through and kept track of the things that really did happen. I also kept score so I could get a sense of the frequency with which certain things happened: what percentage of the days were bad weather, what percentage of the days they were low on food and things like that.”

This research also led to a more sensitive portrayal of Native Americans, who often intervened to offer assistance to struggling travellers: “In the diaries I read I probably should admit to being surprised by how often people wrote about the help they received from Native Americans who helped them understand where the trail was, where it went, what kind of food along the way was edible and which would make you ill.” Rawitsch hoped to combat negative stereotypes, and created an event where struggling players would be approached by Native Americans offering help.

Why is The Oregon Trail so fondly remembered? One reason is quite how brutal it is

Again, it was a hit, and as microcomputers became more popular, MECC released iterations of the game for different platforms. In 1985, what is considered the definitive version of The Oregon Trail was released on the Apple II – it was the first version to feature actual graphics, and it saw nationwide success as out-of-state schools paid a small fee to use it. It was a hit, although the three co-creators never earned any royalties nor credit until 34 years after its conception, at a gala event celebrating the release of Oregon Trail II.

Why is The Oregon Trail so fondly remembered? One reason is quite how brutal it is – there were a wide range of horrible events that could occur, and you were forced to name all your party members to make each illness and death feel personal. But, more importantly, it really spearheaded the idea of ‘edutainment’ – entertainment that taught you things. The nostalgia for the game lives on – in addition to new updates, it has become a card game and a musical, The Trail to Oregon. There have also been numerous mods, from Orion Trail (set in space) to Organ Trail (a zombie parody).

It’s fitting to give the last word on the impact of the game to Rawitsch: “More than a few people have approached me when I’ve appeared at various conferences or events. When they find out I was one of the inventors of the game, they very often would say that the Oregon Trail was the computer application that they experienced in school that taught them the most. When you invent something that people say did a better job of teaching than what they usually found in their school experience: that, I think, is a noteworthy achievement.”