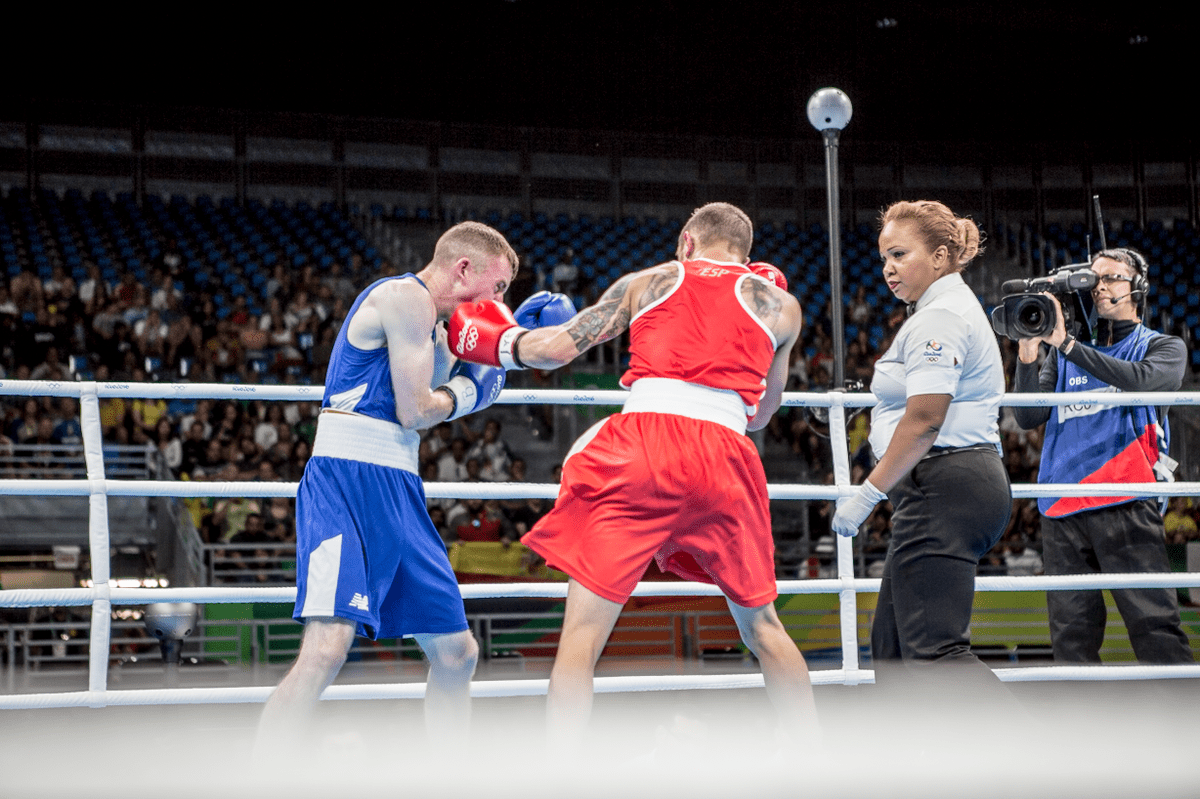 Yafai defeated Bibossinov via split decision (3-2), and will face the Philippines Carlo Paalam in the final – he is now guaranteed at least a silver.

The British fighter got off to a spectacular start, with a thudding left hand that knocked the Kazakh into the ropes. The referee gave a standing count, and Yafai had the better of the rest of the round too.

He set a pace that his opponent could not match, although Bibossinov’s work rate and his ability to keep the Brit at distance edged the scorecards 3-2 in the second round.

It all came down to the final round, a battle fought at close-quarters, and Bibossinov punched himself to a state of exhaustion by the end. It came down to the judges, who voted in favour of Yafai – he comforted his weeping opponent after the result was read out and the nine-minute clash came to an end.

After the match, Yafai said: “I can’t believe it. It’s ridiculous, it’s a dream. We’re a close-knit team and we support each other. We have six medals now. It shows what GB Boxing is.”

The final will take place on Saturday.