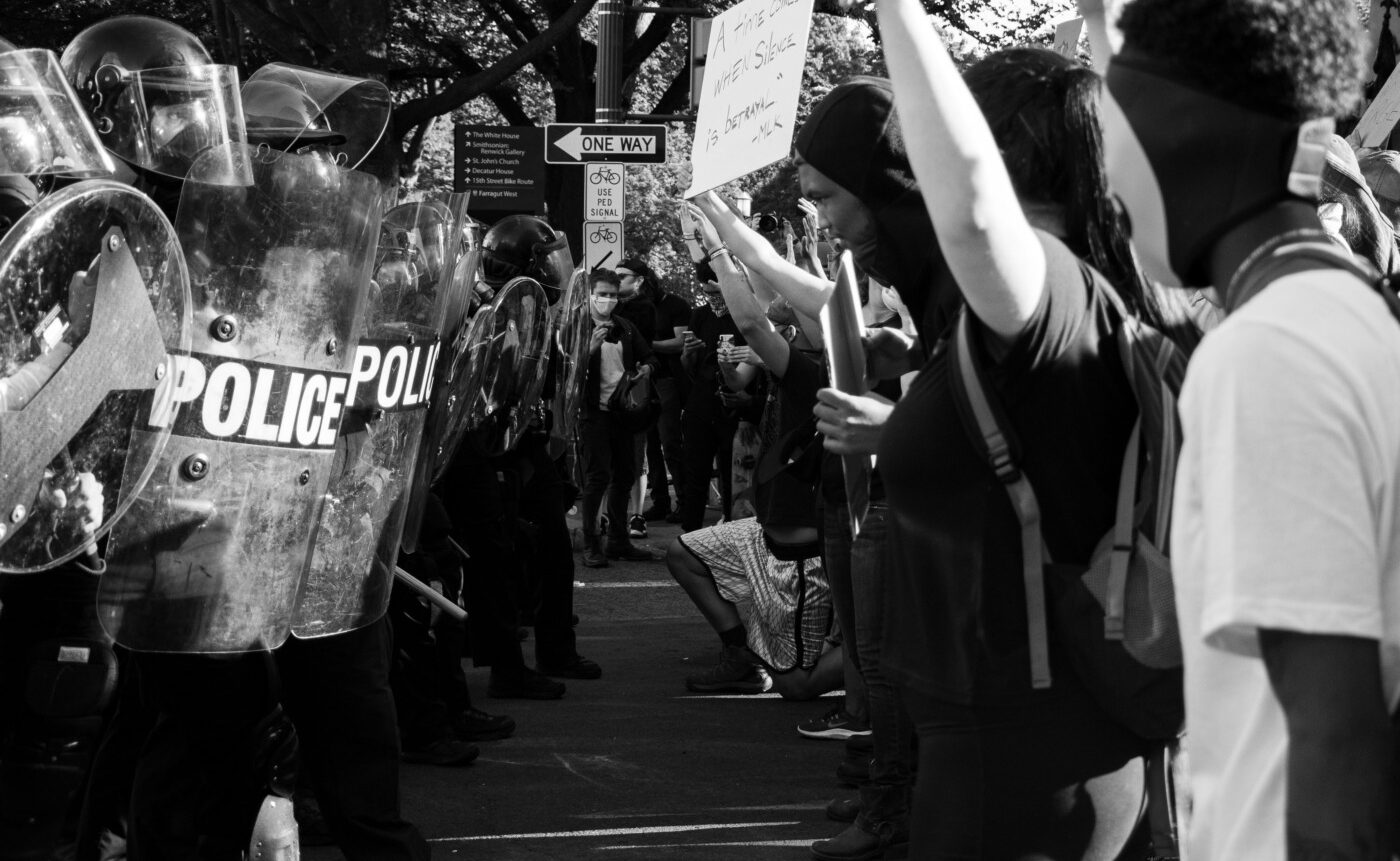 There’s nothing like a global pandemic to make you realise exactly how important protest is. Over the last few years, The Economist has found that the prevalence of protest has been growing. More recent studies suggest that, despite the risks from Covid-19, people are still choosing to demonstrate. From the demonstrations against the National Security Law in Hong Kong and the global Black Lives Matter movement, to the recent spate of anti-mask marches and the ‘stop the steal’ rallies by the American right, protest remains an incredibly prominent and important part of political participation across the world.

Social media and protest are now inextricably linked. The Arab Spring, which began in 2010 when a young Tunisian street vendor set himself alight in remonstration against the actions of local officials, saw widespread adoption of social media as a tool to coordinate demonstrators. Though the hope of these uprisings has now largely subsided – only Tunisia saw a long-lasting change in government – the impact of modern technology on the ability to gather in force continues. As Edward-Isaac Dovere points out in his book, Battle for the Soul, the kinds of protest seen among Democratic voters during the Trump presidency were only possible because of the internet. Enormous global marches were staged from the day Trump was inaugurated, attracting far more support than any formal organisation could ever hope for.

The right to demonstrate is under threat across the world

Likewise, the lack of formal leadership structures has made rallies virtually impossible for authoritarian forces to suppress. Broad-based, grass-roots movements can coalesce without any formal leadership. If there was a clear leadership and meeting place for the demonstrations in Hong Kong, they would’ve been much easier for the hostile government to quell.  The dispersed nature of these demonstrations makes them much harder to stop. Nevertheless, the right to demonstrate is under threat across the world, not least from the ‘Police, Crime, Sentencing and Courts Bill’ currently making its way through the UK Parliament.

So, demonstrations are growing in both frequency and magnitude, but is this a good thing? Do protests generate progressive change?

Well, it depends on what you’re trying to achieve. If you expect political leaders to bow down under the weight of demonstrations, you’re almost always going to be disappointed. The anti-Trump ‘women’s marches’, for example, were never going to cause Trump to see the error of his ways and step down. Voicing displeasure, though, is a political tool.

Firstly, it’s a message to the government. For every person at a march, there’s plenty more who agree but can’t be bothered getting off the couch. As a result, governments do respond to these visual reminders of their unpopularity, albeit often more subtly than protestors hope. A demo might prompt rethinking or watering down of a policy, or it might persuade a government to avoid similar policies in the future, even if it doesn’t provoke an outright U-turn. The women’s marches, for example, which began as soon as Donald Trump entered office, could not reasonably be expected to cause Trump to see the error of his ways and step down.

Secondly, protests can be disruptive, like when a group of lorry owners in the UK managed to drag the country to a standstill by blockading oil refineries and depots. Similarly, sit-ins and strikes have been an important way to reclaim minority rights throughout modern history.

Finally, a demonstration can reinvigorate the effort on your own side. This can be as prosaic as reminding lawmakers on your side of an issue that there is a vocal and important demographic who care about a particular issue.

They can also convey a message of support to your own side. Years ago, I met a former inmate at Robben Island in South Africa, who had been briefly imprisoned for being a member of the then-outlawed African National Congress. He recounted, in hushed tones, the time a photograph was smuggled in by one of the guards showing the sheer size of demonstrations outside the South African embassy in London. The sight, he said, of people in the outside world voicing support showed everyone in the prison that the tide of global public opinion had turned in their favour, informing their strategy and bolstering their resolve.

Protests can only direct attention – they can’t, on their own, change people’s minds

Protests can have adverse effects, though, and they can backfire. Take the attempted insurrection on 6 January, in which Trump-supporting conspiracy theorists entered the US Capitol. This certainly attracted attention to their cause and shaped the debate, but it didn’t portray Republicans in a good light. The effects of that event – Trump being banned from social media and prominent Republicans disavowing their leader – was hardly what the rioters intended. Similarly, in the wrong hands, demonstrations which are successful in their aims can do damage to society. Had those rioters been successful in overthrowing the government, few people would agree that America was the better for it.

Protest is a key part of freedom of expression. Through organisation and demonstration, people can make governments listen to them. They can force the conversation onto the issues they care about and direct the media’s fire where they want. In the right hands, marches and rallies are powerful things, and they’ve been crucial to much positive change. However, protests can only direct attention – they can’t, on their own, change people’s minds. Protest movements – no matter how large – do not set policy and rarely displace governments. They are, however, a valuable intervention, and the right to protest must be defended.