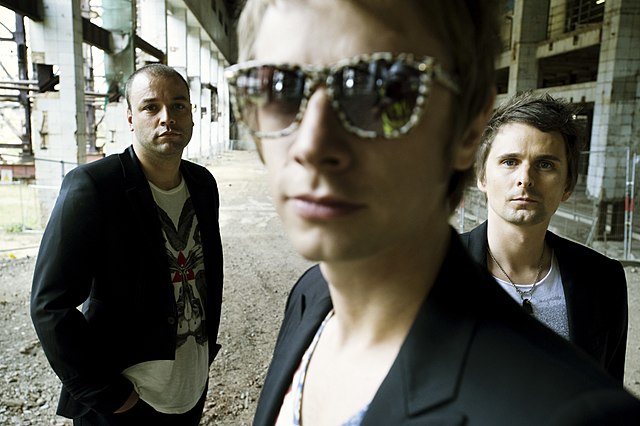 ‘Origin of Symmetry’ at 20: as bold and unhinged as ever

Muse’s second album Origin of Symmetry established them as a force to be reckoned with. It offers the chaotic sadness of Radiohead but with more headbanging inducing riffs. The blend of ’90s falsetto wailing akin to Jeff Buckley or Thom Yorke with ’00s alternative rock makes Origin of Symmetry both emotional and exhilarating.

The opening track is a masterpiece in this. ‘New Born’ is an amazing album opener, beginning with a more understated intro of bleak broken chords, creating a tantalising build-up to an eruption of guitar riffs and drums, as the band lets loose. This intro is as exciting the first listen as it is the hundredth, and boasts Muse’s expertise in doing both pared back and aggressive music. The track may be six minutes, but the fast-paced nature of the song means it does not feel long at all.

The first six tracks of this album are daring and exciting. ‘Space Dementia’ may feel like everything has been thrown at it, but brings an intriguing contrast between the full-on chorus with softer rising and falling bridges. It exudes an addictive kind of sadness.  ‘Bliss’, ‘Hyper Music’ and ‘Plug in Baby’ feel like classics, and only deserve to be played on repeat. It feels impossible not to scream along the chorus of ‘Hyper Music’; the falling melisma on the line “And I never did,” is especially satisfying. The songs following on from ‘Plug in Baby’ are somewhat overshadowed by these momentous first six but the album pushes forward, not letting up in its ferocity.

‘Feeling Good’ may be one of Muse’s most well-known songs and the superior version of the Nina Simone song (Michael Bublé fans can fight me on that one) but it should not be on Origin of Symmetry. It’s just too… normal? The rest of the album has a political sci-fi theme, and so ‘Feeling Good’ feels far too abrupt in its change in tone for the album. It would have been served better if it had been released as a separate single.

It has a greater emotional range than the dystopian anger of albums The Resistance, The 2nd Law and Drones, which gives Origin of Symmetry greater replay value

Muse’s subsequent albums rely far more on the punchiness and brashness that ‘Hyper Music’ and ‘Plug in Baby’ offer. Black Holes and Revelations changed slightly the grungey 90s feel of the album for the more synth-heavy loud and unapologetic anthems Muse are known for, with songs such as ‘Take a Bow’ and ‘Knights of Cydonia’. These songs do not disappoint (who doesn’t love ‘Supermassive Black Hole’?), however, they do feel more one-dimensional than Origin of Symmetry’s offerings. It is, after all, fair that Muse would change their sound with later albums.

However, from 2009’s The Resistance onwards, it seems as if Muse were stuck in a rut: Drones, released in 2015, epitomises this. For me it was the soundtrack to the adolescent political frustration of Ed Miliband losing the general election, which felt like the world was caving in, and I have difficulty in detaching it from teenage angst because of the overpowering anger of the album. Drones was a concept album about a soldier’s forced violence and the use of people as killing machines, not far from the message of ‘New Born’, but presented in a far less nuanced way. Origin of Symmetry gives far more to its listeners tonally; it has a greater emotional range than the dystopian anger of albums The Resistance, The 2nd Law, and Drones, which gives Origin of Symmetry greater replay value.

Perhaps I miss the sadness that permeates Origin of Symmetry. ‘Screenager’ is nestled three-quarters through the album and is a hidden gem. The theatrics of the previous track ‘Micro Cuts’ is swapped for a more chilled and slower paced intro. The chorus uses a simple yet effective ostinato of four notes, with the odd displacement of notes to produce a subtle rise and fall, creating a chorus that sounds futuristic and hair-raising. The song feels intricate and is a welcome break from some of the heavier songs on the album. ‘Screenager’ is followed by ‘Darkshines’, another personal favourite, which bass line gives a sharp and stylish feel to the song, but breaks into a sudden influx of instrumentation for the pre-chorus, and another melancholy yet loud chorus – an emotional mix that proves a thrill to listen to.

Muse is a reliable band: they have had eight very successful albums in nearly 25 years. But in becoming dependable and sometimes even predictable they have lost the quirkiness that Origin of Symmetry brings. This album is Muse at their best.