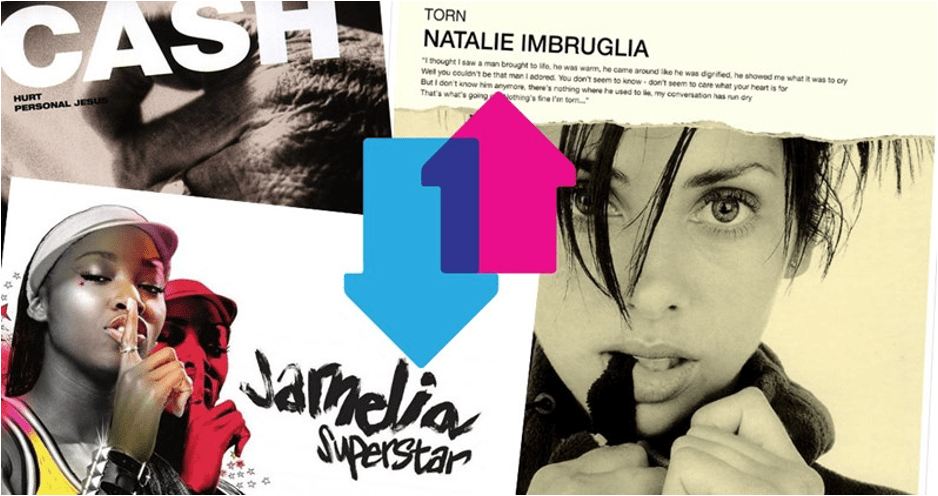 The endearing beauty of covering songs

The practice of formally covering songs has been around as long as popular music has existed. Covering songs allow artists to establish and hone their sound or pay homage to fellow songwriters they feel deserve praise, though anyone who’s musically inclined can cover songs born out of their general love for a particular track.

Firstly, preferring a cover over its original isn’t inherently disrespectful. Covers can be profoundly different to their source material: Aretha Franklin’s 1967 rendition of Otis Redding’s ‘Respect’ (1965) is a prime example. Franklin’s acclaimed version alters lyrics and incorporates vocal arrangements, resulting in a track embodying female empowerment – resonating with a culturally changing society during the decade of the 60s. The feminine backing vocals are infectious, Franklin’s voice is authoritative, and lyrics such as: “Oh, your kisses, sweeter than honey / And guess what? So is my money” are so sassy it’s remarkable. Redding’s version is more conventional concerning the topic’s framing: a man wanting more respect from his woman for his hard work. Though the sentiment alone explains why this version is less iconic, the songwriting isn’t extraordinary (admittedly ‘Try a Little Tenderness’ (1966) is more indicative of his quality). Nonetheless, covers reveal how personality and character contribute to great songwriting as much as brilliant discernment and execution of a song’s components.

Some songs are made to be covered

Arguably, preferring a cover over the original (and covers generally) can be egregious when it does little to the source material, or if the performance just falls short. By an artist altering the original, or making an effort to perform the track well, they are innately respecting the initial artist’s work. For instance, no one who appreciates music can claim that Limp Bizkit’s version of The Who’s ‘Behind Blue Eyes’, off their aptly titled album Results May Vary (2003), is better than the original. Although Ellie Goulding’s 2010 edition of Elton John’s classic ‘Your Song’ is acceptable with its vocalising bridge, the bare instrumentation, and the Britishness of Goulding’s vocal delivery – corresponding with her girl-next-door, indie aesthetic at that point in her career, there’s no debate that it’s inferior to the beautifully vulnerable, earnest, and wonderfully arranged original.

However, some songs are made to be covered. Traditional folk songs are perfect platforms for musicians to express their sound, and simultaneously expose people to a new music genre that could provide them with a historical understanding of a nation’s past. Tracks like the Scottish ‘Wild Mountain Thyme’ have been covered umpteen times, enabling listeners to appreciate the beauty in its simplicity, melody, and sentiment.

As hinted, covers can be a homage, and an advertisement for the songwriter initially responsible for its creation. The most famous instance would be The Byrds with Bob Dylan’s music. The Byrds ‘poppified’ Dylan’s work, exemplified by their hit rendition of ‘Mr. Tambourine Man’ in 1965. Just one example of many of their Dylan covers, it helped me value Dylan’s supreme songwriting and lyricism despite my reservations about his vocal style. Given the sparseness of musical arrangement encouraged in folk generally, preferring busier covers of folk songs typically isn’t sacrilegious.

Covers do highlight how music ultimately is communal, and that’s fundamentally beautiful

However, The Strokes’ Julian Casablancas reckons officially covering Queen’s legendary ‘Bohemian Rhapsody’ (1975) isn’t advisable, probably given that it’s enveloped in our pop culture; it broke ground in pop songwriting, and Freddie Mercury and Brian May are some of the most iconic musicians ever – making a cover de facto disrespectful. I’d consider The Kinks’ ‘Waterloo Sunset’ (1967) as another example since so many variables and little details make the song what it is: Dave Davies’ intuitive guitar work, Ray Davies’ vulnerable vocal performance partly due to his sickness when recording, and Rasa Davies and Dave’s angelic backing vocals are the fine details that make an already superb song incredible. The track deserves to be on the pantheon of songs that are untouchable, making a cover only serviceable if the man who wrote it supervises it.

Of course, there’s nothing stopping people covering the songs mentioned above. There are plenty of covers where it’s apparent that artists don’t attempt to better the original. Those who cover the Rolling Stones’ astounding ‘Jumpin’ Jack Flash’ (1968) know they won’t beat it or, if they change it too drastically, they’ll lose the spirit of the song entirely. Same goes for many recordings by legendary artists like The Beatles, Radiohead, and David Bowie, which is ironic since the latter’s lacklustre 1973 Pin Ups album made me appreciate the original recordings of most of its covers much more.

However, as aforementioned, covers do uncover the intangibles in great music. As discussed, a song’s cultural significance, its character, and its acclaim can brand a cover superior or a non-starter; highlighting how despite music’s intrinsic humanity and spirituality, ironically it can be deemed ethereal or made mythical. Covers do highlight how music ultimately is communal, and that’s fundamentally beautiful.

Leon of Athens brings Greek indie-pop to the UK 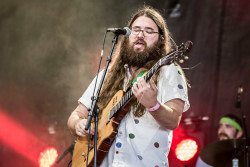 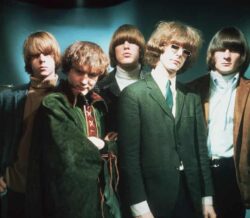 The album that encapsulates The Byrds: ‘Fifth Dimension’ at 55