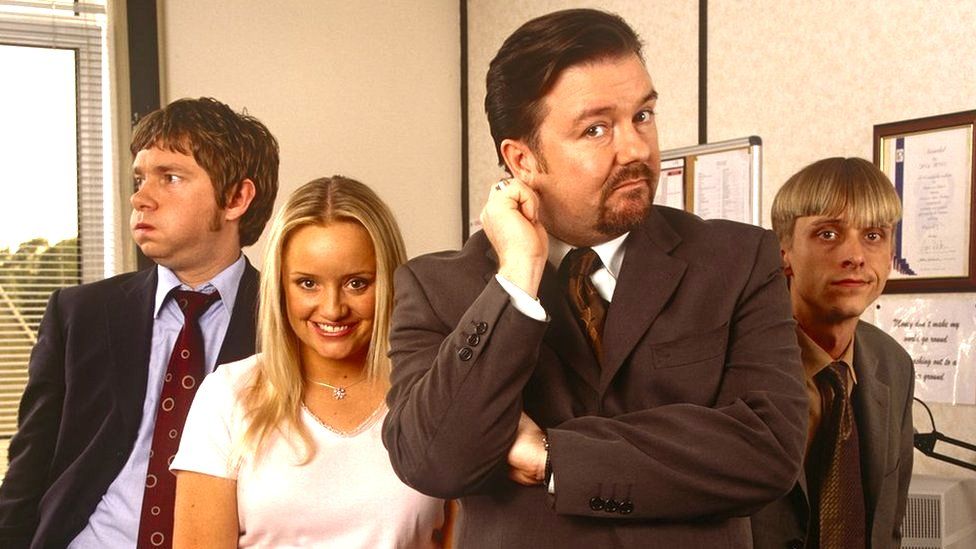 Twenty years have passed since The Office was first aired in the UK. I’m sure you’ve seen it, but just in case you haven’t, it’s a mockumentary about an office which is headed up by David Brent (Ricky Gervais), a highly irritating man that I’m sure I would find insufferable in real life.

As you can perhaps tell from my description of David Brent, the humour in The Office just isn’t for me. However, I do appreciate the series’ importance in the comedy sphere. It was hugely different in style to the comedy shows that preceded it – I was talking to my dad about it the other day, and he said that when the series first came out, he wasn’t entirely sure whether what he was watching was real or not as he’d never seen anything like it.

It’s this distinction from other British comedy series that earned The Office the glittering legacy that it has held for the past twenty years. But is it really deserved? Was the show really as unique as we think it was? I think the best way to find out is to think about it in relation to comedy series that came before it, were contemporaries of it, and came after it.

Fawlty Towers preceded The Office by over twenty years, but I think a comparison between the two series is worth doing: both are iconic British comedy shows, both only ran for two series, and both have moments which would probably no longer be allowed to air.

I think for people my age who don’t remember comedy before The Office, the extent to which it pushed boundaries in the British comedy sphere is only really made apparent when we look back at what comedy series were like before it. The Office is incredibly far removed from classic British sitcoms like Fawlty Towers. No wonder it was seen as such a ground-breaking form of TV comedy when it first aired.

Peep Show, by contrast, was a contemporary of The Office. Stylistically, these shows are very, very different to one another, but they are similar in that they were both trying to put a new spin on the comedy series: Peep Show through the point-of-view filming technique and being able to hear the characters’ thoughts, and The Office through the mockumentary style.

For that reason, though they’re fairly incomparable in terms of style, I’d put Peep Show and The Office on a par in terms of the comedic risks they took. I also think they’re on a similar footing with respect to their impact – being closer to the characters in The Office through ‘interviews’ which break up the storyline and hearing Mark and Jez’s thoughts in Peep Show perhaps inspired the likes of Miranda Hart and Phoebe Waller-Bridge to regularly break the fourth wall in Miranda and Fleabag respectively.

For that reason, I don’t think we can say that The Office was completely unique – Peep Show was doing something similar, albeit with a different comedic approach. Peep Show certainly has the edge for me – I’ve never felt the need to re-watch The Office, but I could watch Mark and Jez get on each other’s nerves over and over again.

Gavin and Stacey began a few years after The Office ended, with series one airing in 2007. I think it’s a fantastic sitcom – it’s funny, it has a cast of likeable characters, and, like Peep Show, I could go back to it endlessly. As much as the series’ success is down to James Corden and Ruth Jones’ writing, I think there is also something to be said about the precedent set by The Office to allow a show like this to be aired in the first place. Without the previous success of the subtle comedy in The Office, it would perhaps have been more difficult to justify how a sitcom as real and comedically toned-down as Gavin and Stacey could be a hit.

Interestingly, an aspect of The Office that doesn’t seem to have passed down here is the incredibly high level of awkwardness that is constant throughout the series. Instead, Corden and Jones chose to show a (largely) peaceful, happy coming together of two families through Gavin and Stacey’s marriage. While the subtlety of The Office’s humour clearly rubbed off here, I’m not sure that its cringe-inducing characterisations did.

The Office’s legacy is indisputable – it’s remained in the public consciousness in a way that many other comedy shows have simply been unable to. It took British TV comedy in a new direction, and even helped to shape hit sitcoms that came after it. No, its humour isn’t for me. But in terms of shaking up the British comedy sphere and the influence that has had on subsequent comedy series, I think The Office deserves all the acclaim that it receives. 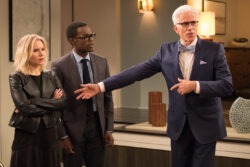 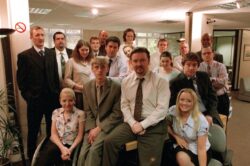 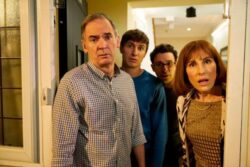