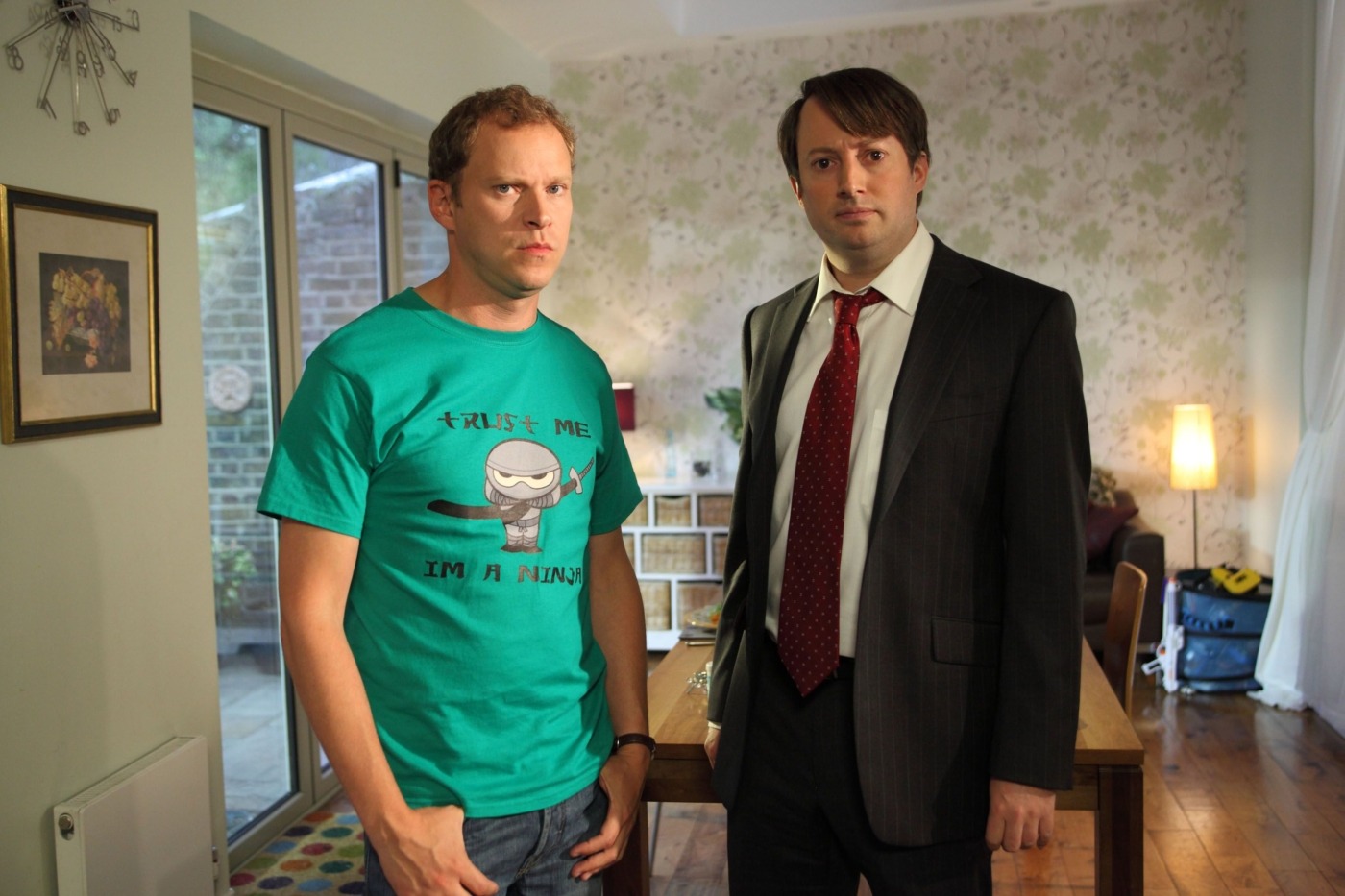 It’s been five years since the ‘El Dude Brothers’ last graced our TV screens. Written primarily by Jesse Armstrong and Sam Bain with David Mitchell and Robert Webb spearheading the project, it is justly Channel 4’s longest running comedy show in its history. Famed for its ambitious use of the first person perspective and interior monologue, this cult classic proves to depict the glory of British humour and British sitcoms generally.

As aforementioned, Peep Show‘s format was cutting edge and consequently produced results that very few shows could match. For instance, I’m yet to see any show that accurately depicts the general awkwardness in human interaction such as this, as typically that is emphasised on the part of writers to tritely portray a character who has a socially anxious disposition. The awkwardness contributes to Peep Show‘s charm and its verisimilitude regarding the modern life of British adults. Additionally, the perspective enables the display of cognitive dissonance within the characters of Mark and Jez. This, in itself, provides potential for laughs be it in the witty or farcical remarks made by the respective characters’ inner monologues or due to the situation depicted being incredibly relatable. This is exemplified in the exchange between Gerard and Mark in the second episode of series seven where Mark’s thoughts interject Gerard’s assumptions of their circumstance regarding their common love interest Dobbie. Here, Mark is livid that Gerard had the gaul to claim they were at common ground concerning Dobbie; however, due to the stereotypical British inclination to repress such extreme emotions, Mark continues the conversation through the proverbial gritted teeth. Though this may seem minor, this is indicative of how Peep Show‘s humour is largely grounded in the unspoken aspects of British culture including the minutiae of discourse.

Famed for its ambitious use of the first person perspective and interior monologue, this cult classic proves to depict the glory of British humour

The writing of the show is clever, subtle, at times absurd and packed with sardonic wit. Mark and Jez are brilliantly written characters and Mitchell and Webb deserve credit too in selling their respective characters, since they contributed additional writing material too. Throughout the series it is evident to the viewer that it’s reasonable for Mark and Jez to be permanent fixtures in each other’s lives. Although on the surface they are billed as polar opposites with Jez being the whimsical and nonchalant type and Mark being grounded and uptight, their characters are intrinsically similar. They’re both hopeless romantics, both have the capacity to be delusional, and both can be incredibly selfish and vindictive. The show does a splendid job in demonstrating that the characters do love each other despite their capacity to drive each other insane. The chemistry between Mitchell and Webb is undeniable and their long history together really shows on screen with the splendid series seven bottle episode ‘Nether Zone’ being a prime example.

The continuity in Peep Show‘s writing further reinforces its enjoyability. For example, Jez’s bisexuality was hinted right at the beginning of the series and blossomed nicely at the latter stages. The parallels in Mark’s proposal attempts concerning its location displays Mark’s appreciation for sentimentality irrespective of his jaded and cynical outlook on daily life, which makes his character more three-dimensional and not a mere antithesis of Jez. Moreover, there have been occasions where whole episodes have been expertly crafted, such as episodes like series four’s ‘Holiday’ and series six’s ‘The Party’ with both having great pay-offs involving dogs and snakes respectively.

Though what really makes Peep Show is its characters. Of course as aforementioned Mark and Jez are wonderfully written, however, the supporting characters are simply superb. My personal favourite has to be Alan Johnson. Paterson Joseph is phenomenal in portraying a light caricature of a serial businessman, and series four’s ‘The Conference’ is a Johnson tour de force with the episode being packed with “johnsonisms” which is hilarious to watch. His character development is admirable too with the dapper, charismatic businessman becoming an unstable, recovering alcoholic in later series is amusing to put it mildly. Sophie is another character whose character development is commendable and Olivia Colman conveys her subtle acting brilliance to great effect. Super Hans is perhaps the most overtly absurd character in the whole show. His excessive drug usage, his reckless lifestyle and his association with Jez makes his source of amusement more juvenile, which perfectly balances the more understated amusement that stems from other characters. Matt King presents this character very well and arguably his character is involved in the show’s best moments like Super Hans’ role in the final episode of the whole series.

From beginning to end, Peep Show is unafraid to display the grimy realities of modern life in Britain. It holds a distasteful mirror to the reality of human interaction and behaviour as well as the inevitable disappointments that life serves us. It is somewhat fitting that some people are deterred from this series due to its avant-garde format, as it forces the viewer to digest uncomfortable truths of everyday life in a package that is full of wit, humour and charm; and admittedly if it weren’t a comedy, the plot points and themes explored, on paper, are quite tragic. With all things considered I can comfortably say that Peep Show is worth everyone’s time, especially those who appreciate British humour, and it is arguably the best sitcom the 21st century has to offer so far.