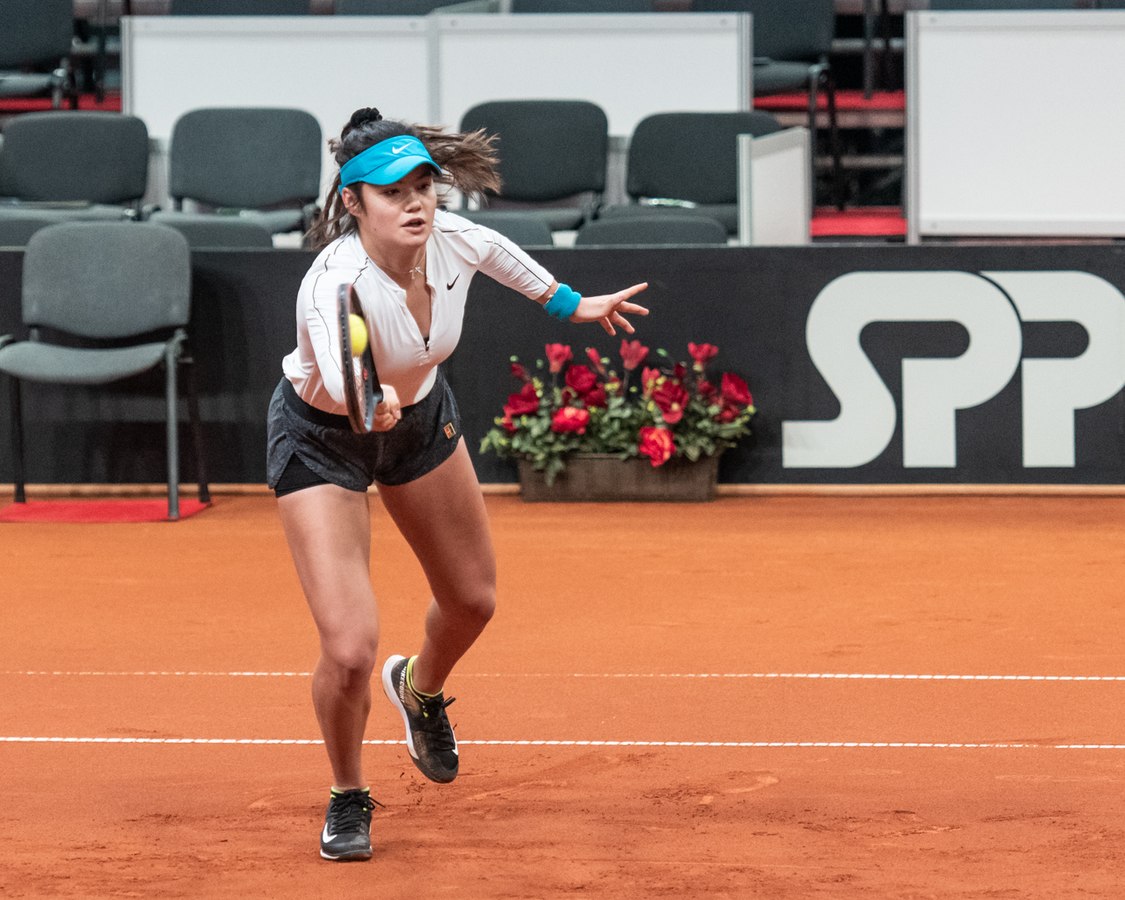 With a Wimbledon set in the aftermath of the pandemic, it was likely it would be a tournament like no other, and for 18-year-old Emma Raducanu it was just that.

Ranking 338th in the world at the time, Raducanu had initially applied for Wimbledon in the wildcard slot and been rejected. However, in the weeks building up to the tournament Raducanu won two senior matches in Glasgow, forcing the Wimbledon committee to overturn their initial rejection of her wild card application, bagging Raducanu a place in her first senior tournament.

Her strong form continued into her first matches at Wimbledon. Facing the world number 71, Vitalia Diatchenko, Raducanu fought hard to take a 7-6, 6-0 win over the Russian. This saw Raducanu enter into the second round, facing the Czech player, Markéta Vondroušová, again taking victory in straight sets.

Raducanu started to become more noticed amongst supporters as the one of the few British players left in the tournament, and she headed towards the third round, this time facing the Romanian player, Sorana Mihaela Cîrstea. Despite being a more closely fought match, Raducanu still dominated with five breakpoints, giving her a 6-3 7-5 victory.

But this victory brought the most attention Raducanu had ever faced in her career as she became the youngest British women ever to enter into the second week of Wimbledon. She was to face the Australian, Ajla Tomljanovic, who, also unseeded, had sailed into the fourth round and looked in strong form heading into their match.

Both players seemed obviously nervous in their first service game. However, as the match continued it turned into a fiercely competitive match with both players holding serve throughout the first set arriving all square at 4-4. Once the rally’s lengths increased at the end of the first set, Tomjlanovic was able to force a breakpoint over Raducanu giving her the first set.

This retirement brought much speculation about how much pressure athletes can, or should, be able to handle

With everything still to play for, the pressure fell to Raducanu to hold and break throughout the next set to keep herself in the match. It was from this point in which cracks started to show in Raducanu’s game. Most noticeably the young Brit could be seen clutching her stomach throughout the games and holding a towel up to her face in the breaks.

It is not uncommon for tennis stars to be injured or ill on court, with Onj Jabuer being sick on court during her third round match at the tournament this year. At 0-3, medics came onto the court to speak to Raducanu, and she quickly took the medical time-out and exited the court. A few minutes later it was announced that Raducanu had retired from the match.

It was only a few hours later that it was announced that Raducanu had retired due to “breathing difficulties”. This retirement brought much speculation about how much pressure athletes can, or should, be able to handle. At only 18 years old, this tournament was a sensational run for Raducanu, playing on Court One, being the only Brit left, and as a spectator it seemed to be like a dream! But as a young athlete all of this euphoria turns into pressure.

If nothing else, Raducanu’s fantastic run and retirement has indirectly added to the wave of athletes who are raising awareness of the pressure athletes face and the toll this can take. While athletes are the best at what they do and can learn to cope with the pressure, they are also human. They can break down too.

Athletes hold their composure so well, and perhaps as spectators we have realised that we don’t appreciate that enough. Without their steely mentality, we wouldn’t have the world class sport to watch, which we all love so much.

So, while the end to her Wimbledon run perhaps isn’t what Raducanu was hoping for, it has been a very important and exciting run for the young Brit. It has paved the way for her to establish her place on the British tennis scene. But importantly she has reminded everyone the pressure that this now brings. All we can hope for now is she is able to come back strong into her next senior tournament, but also relax a little too and enjoy her summer as any 18-year-old should be able to.