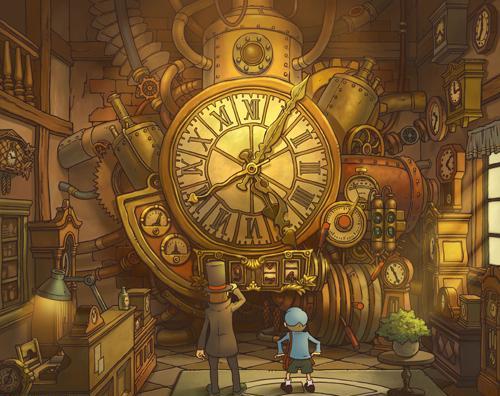 Level-5 is a developer who has made some of my favourite games of all time. From the Professor Layton series of games and media to the 3DS game Fantasy Life, they are also the ones behind Ni no Kuni, too. Yet they seem to have all but vanished since the early 2010s. Not that they’ve stopped making games, they still churn out their Inazuma Eleven and Yo-Kai series, but this is mostly it. It is rather sad having grown up with their Professor Layton games and played them all multiple times that the company has seemingly drifted.

Level-5 was founded in 1998 by Akihiro Hino and his development team at Riverhillsoft. He was wary that his team wouldn’t be able to be an independent developer, so they partnered with Sony Computer Entertainment, which then allowed them to develop for their upcoming PS2 on the condition that he form his own company – Level-5. A reference to the highest mark on a Japanese school report card being level 5.

Dark Cloud in 2000 and Dark Chronicle in 2002 were their first games before Square Enix picked them to develop Dragon Quest VIII under the watch of series designer Yuji Horii. Their next game would be Rogue Galaxy, their third RPG for the PS2, which established them as a go-to RPG developer in Japan in the space of a few years. It was then they would release their most iconic series – Professor Layton.

After Fantasy Life’s 2012 release and the final Layton game, Professor Layton and the Azran Legacy, in 2013, Level-5 went dead

Professor Layton and the Curious Village for the Nintendo DS was released in 2007 as their first fully self-funded and self-published game, transitioning them to being both a developer and a publisher. Akihiro Hino produced the game and Professor Akira Tago of Chiba University supervised the development. This was because after going through many ideas of what the game, characters, and direction of it would be, rather than just being some form of puzzle game inspired by the Brain Training series, it took on a unique life of its own with Akira Tago’s puzzles from his Head Gymnastics series of puzzle books fitting with a story centring on the solving of a mystery by Layton and Luke.

Level-5 modified his puzzles to work with the DS’s touchscreen and stylus with Tago contributing 30 new puzzles for the game. P.A. Works, an anime studio, provided the animated cutscenes and Tomohito Nishimura composed the soundtrack. The music is one of the greatest things about the entire series, which within the geographical setting of England draws inspiration from French style music. It provides a lot of the charm that I know Level-5 for, combining the music, characters, plot, gameplay, and artwork into an iconic series of games. Curious Village never gets old, even as the simplest and most basic entry in the series in every respect.

Its success led to a sequel in later 2007, Professor Layton and Pandora’s Box, and then closed the original trilogy in 2008 with Professor Layton and the Lost Future. This is the quintessential Layton game and deserves its own article of praise for its amazing characters, plot, music, atmosphere, and gameplay alike. It was around here that Level-5 began work on their Inazuma Eleven series of football role-playing games which spawned its own manga and anime too. They would develop a few more Dragon Quest and Inazuma Eleven games and the Ni No Kuni series. They would also go on to create a prequel trilogy for Layton which takes us into the origin of Layton and Luke’s partnership, Layton’s backstory, and would also involve an anime film Professor Layton and the Eternal Diva as well. While less grounded than the originals, I still love them and their transition onto the 3DS for the last two games, although considering Pandora’s Box and Lost Future, Layton wasn’t ever shy of getting a bit wacky.

Level-5 appears to be floundering in their direction, not helped by recent events or the death of Tago

Level-5 helped create the Professor Layton vs. Phoenix Wright: Ace Attorney crossover game in November 2012, it was after this that Level-5 produced one of my favourite non-series games of theirs, Fantasy Life. It isn’t the most complex, original, prettiest, or nuanced of games, but I have sunk hundreds of hours into it regardless. Exploring the world, replaying it, and getting to God rank on each of the 12 lives in the game was just addicting. After about 300-400 hours I had reached God-rank on each life profession which ranged from Magician or Hunter to Alchemist or Woodcutter. With the Origin Island DLC the game just kept me in. A major criticism was its repetitiveness, but I didn’t care, it was a fairly simple game just oozing with charm. Charm was one of the key things Level-5 had nailed down.

But then something weird happened, after Fantasy Life’s 2012 release and the final Layton game, Professor Layton and the Azran Legacy, in 2013, Level-5 went dead. Dead in the sense they focused almost solely on Yo-Kai and Inazuma for years. Layton’s Mystery Journey: Katrielle and the Millionaires’ Conspiracy was released in 2017 following Layton’s daughter, Katrielle. The much blighted and delayed Fantasy Life sequel ended up as a Japan-only mobile game and though there has been talk of more Layton games nothing has happened since. Mystery Journey intended to bring Layton down to earth, in one sense literally, but it stripped Layton back too much in my opinion and made it too easy, simplistic, and a bit boring compared to the other games. And, of course, missing Layton and Luke in favour of Katrielle and Ernest certainly made it feel a bit too different.

While, admittedly, the prequels and the Phoenix Wright crossover were very wacky in comparison, I feel this charm they had built up was lost. And what with the Elysium Box, Folsense, and the time travel question in the original trilogy, weird stuff was a core part of Layton, yet the loss of this and the characters which had been built up led to Level-5 losing much of the charm I expected from their games. It likely doesn’t help that Akira Tago died in 2016, with Kuniaki Iwanami taking over the puzzle design for Katrielle and maybe for any future instalments, but this doesn’t explain why Level-5 have been rather slow on ideas for their old series or generally any new ideas at all.

That Pandora’s Box was the fastest-ever selling DS game in the UK should prove how popular the series became, it fitted so well on the DS so adapting the dual screen nature to the single screen for the Switch would not be too hard to achieve. Although it would require a rejig of how the interaction works without the bottom screen.

Level-5 have at least begun to be a bit more active, paying more attention to their Ni No Kuni series, with Revenant Kingdom coming to the Switch in September 2021. Finally I will get to play this series after a long time waiting for it. Hopefully I will get to experience Level-5’s trademark charm and craftsmanship once again, almost a decade since I last really enjoyed their work.

Level-5 appears to be floundering in their direction, not helped by recent events or the death of Tago. Although, I admire their wish to not just use Layton as a cash cow series. But I would still like to see more. Katrielle even spawned a 50-episode anime, so maybe adaptations are a route to go down, it will certainly be popular. Maybe they should come up with a new IP, else they risk sliding into obscurity after their Layton heydays. They need to both broaden out and get back to their roots and decide on their direction. I say this as a fan of multiple of their series and what they tried to achieve with them, I want to see them do well and don’t want to see some of their best-loved creations and characters slide into history.