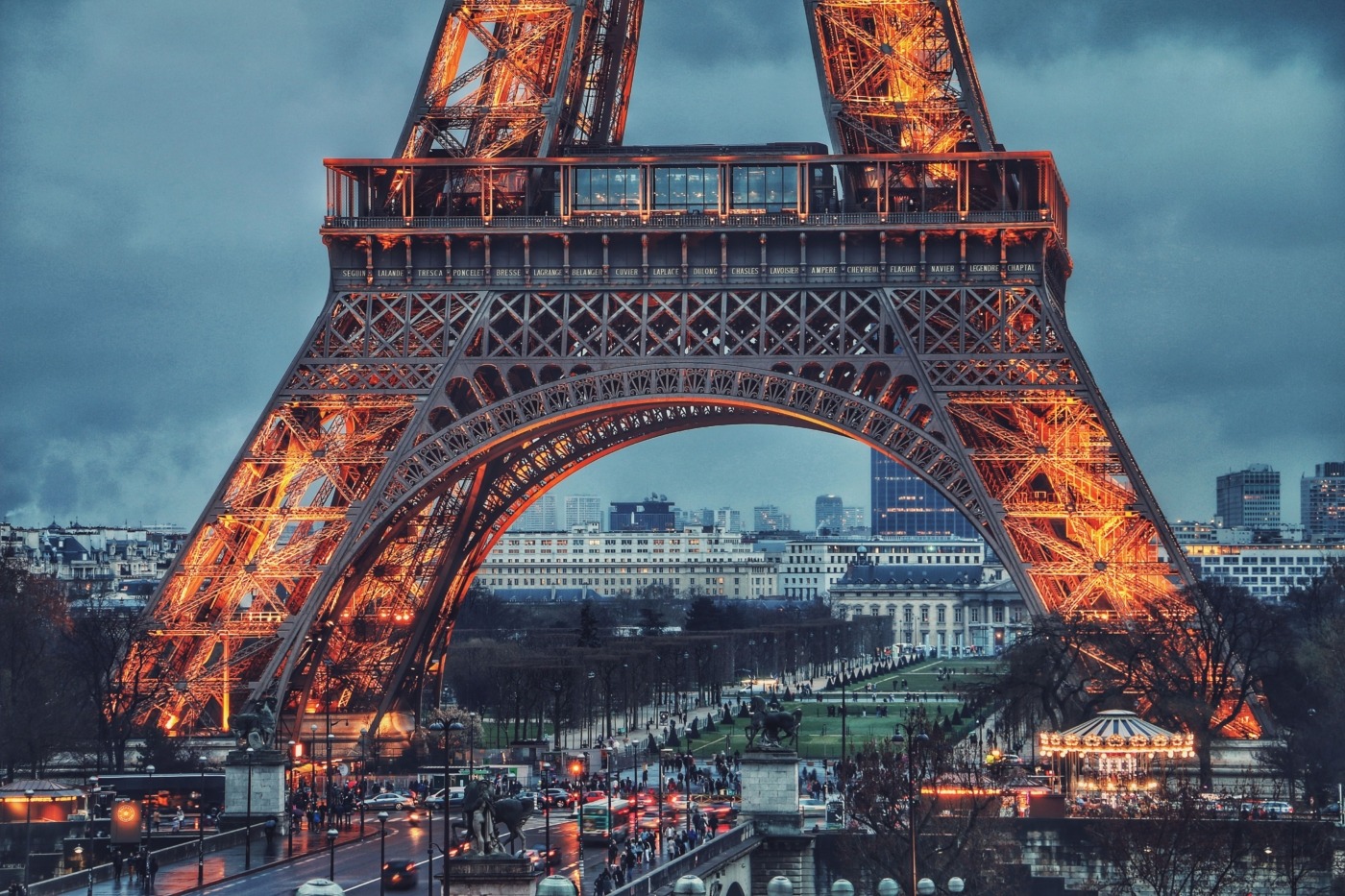 France headed to the polls for its regional elections last month. On 20 and 27 June, voters elected regional councils in Metropolitan and overseas France. The results were both conventional and unexpected.

There was much talk of a battle between the parties of 2022 presidential frontrunners President Emmanuel Macron and Marine Le Pen, but it was the old guard that swept the board. The established parties made a comeback against the backdrop of record abstention. What exactly happened at these elections and, with a presidential election on the horizon, what do they indicate about the future?

In a sense, the end results were somewhat unexciting – no region changed hands. The right held onto the seven it had previously, and the left are still in control of the other five. All the regional presidents in large urban centres held onto their seats, and the results across the board were very similar to those from the last regional elections in 2015.

As Le Monde put it, it was the ‘revenge of the old world’, as the traditional parties of the left and right bounced back

It was essentially a maintenance of the status quo, despite predictions that the far-right would win as many as six of France’s 13 regions, and that Macron would consolidate five years in office through seats.

As Le Monde put it, it was the ‘revenge of the old world’, as the traditional parties of the left and right bounced back from the Macron surge in 2017. On the right, former minister Xavier Bertrand stormed to victory in the Hauts-de-France region with 64.7% of the vote.

Valérie Pécresse was comfortably re-elected in the greater Paris region, and Laurent Wauquiez was returned with a 66.7% share of the vote in Auvergne-Rhône-Alpes. Les Républicains (LR), France’s main right-wing party, will be looking at the three of them with a view to next year, building on its vote share of almost a third nationwide. On the left, comfortable victories in both Nouvelle-Aquitaine and Occitanie will come as a comfort for the Socialist Party.

What, then, are the takeaways from this set of elections, if little has actually changed? Much of the coverage has focused around the fact this has been a bad time for both Macron and Le Pen, both of whom are expected to make it into the second round of the presidential election next year.

Unless one candidate wins an outright majority in the first round, the vote moves to a second, and the two candidates with the most votes progress. In 2017, this was Macron and Le Pen, and pollsters anticipate the same result in 2022. These regional elections were seen as a way to test the water and consolidate power before the presidential vote – on that front, neither figure will be happy.

Rassemblement Nationale (RN), Marine Le Pen’s party, did not expect to sweep across France, but it had high hopes in the south. The area is seen as a stronghold, and it had hoped to win the Provence-Alpes-Côte-d’Azur region. Its candidate, Thierry Mariani, had the strongest position and he had been tipped to win – but he lost to LR candidate Renaud Muselier with 57% of the vote in the second round.

Mariani had actually won by a small margin in the first round but, as is often the case when it comes to the French far-right, an alliance of parties worked together to fight them. Le Pen was disappointed, saying that local democracy was suffering a “profound crisis”, and she criticised the “unnatural alliances” made between rivals to “prevent us from showing that we can run a region.”

The party is very centralised, and very personalised [to President Macron]. It doesn’t have the means to put down roots locally

Le Pen had a bad night, but she may take some solace in the fact that her presidential rival didn’t do much better. The president’s party, La République En Marche! (LREM), also failed to attract voters. Despite boasting 14 candidates including senior ministers such as Gérald Darmanin and Eric Dupond-Moretti, it did not win seats in any region.

In many areas, the party was actually knocked out in the first round – scoring barely 7% of the vote. When Macron cast his second-round ballot in Le Touquet, he couldn’t vote for his own party as it hadn’t even qualified for the runoff – a poor showing for the incumbents.

The political scientist Rémi Lefebvre put it down to the structure of the party: “The party is very centralised, and very personalised [to President Macron]. It doesn’t have the means to put down roots locally.” The numbers are embarrassing, but not of serious concern to Macron personally – although it casts a more worrying question mark over whether his party will win another parliamentary majority.

Perhaps the more interesting, and more worrying, takeaway was the record abstention rate

The strong victory for the right may throw a curveball into next year’s polls, however. LR is yet to choose their candidate for the presidential election, and the three main right-wing victors could prove attractive figureheads. Bertrand confirmed that he hoped to run in his acceptance speech: “This result gives me the strength to go ahead and introduce myself to all of France.”

According to a recent poll, he is currently on 18% to Macron and Le Pen’s 24% – should he be chosen as the candidate – and the strength of this election cycle may give hope to LR that they could depose Macron. Despite talk of a duel with Le Pen, mainstream conservatism is the one political force that Macron is genuinely afraid of because it has the best shot of defeating him.

Perhaps the more interesting, and more worrying, takeaway was the record abstention rate. In the first round of voting, a national poll showed that 66.7% of eligible people did not vote. In the second round, that number dropped marginally to 65.7%, despite pleas by prime minister Jean Castex to come to the polls.

Young people were especially reluctant to cast their vote – 87% of 18-24-year-olds abstained in the first round. These are still the highest number of abstentions for any vote during the Fifth Republic, and a turnout drop of 16 points compared to the 2015 regional elections.

It’s certainly true that Covid-19 played a part. 17% of respondents to an IFOP poll said that the pandemic played into their decision not to vote, but there’s much more to it than that. Elections held in Italy, the Netherlands, and Germany in the past 12 months had turnout at near-normal levels – and in the US last year we saw the highest voter turnout since 1900.

There have been suggestions that this decline is attributable to France’s focus having already shifted to the presidential election next year and the legislative elections that follow shortly afterwards. Some have also said that voters don’t understand what the elections are for, and thus choose to shun them.

A lot could change in 10 months, and the turnout will definitely be much higher in 2022

For many pollsters and political scientists, however, the specific French abstention is a sign of a French crisis of representation and democratic apathy. “French democracy is sick,” said Emmanuel Rivière of the polling institute Kantar Public. “The political options on offer have become so hard to tell apart that they give the impression that political life is a sort of shadow theatre, where politicians are more interested in getting themselves elected than in solving the issues voters care about.”

Macron came into office pledging to reinvigorate people’s faith in the political process. However, by making the presidential election seem like the only one that matters, voters don’t see the point in voting.

We should be wary of extrapolating too much from these results. A lot could change in 10 months, and the turnout will definitely be much higher in 2022. Two things, however, are very clear. The French political system is clearly splintering, and old-established parties are thriving just as much as RN and LREM – in some cases, more so.

This indicates that 2022 may not result in a Macron-Le Pen face-off – as the mainstream right is in a much stronger place than the last election, and the left is making gains too. Though the 2021 regional election turned out to be surprisingly uneventful, I wouldn’t bet on the same state of affairs next year.