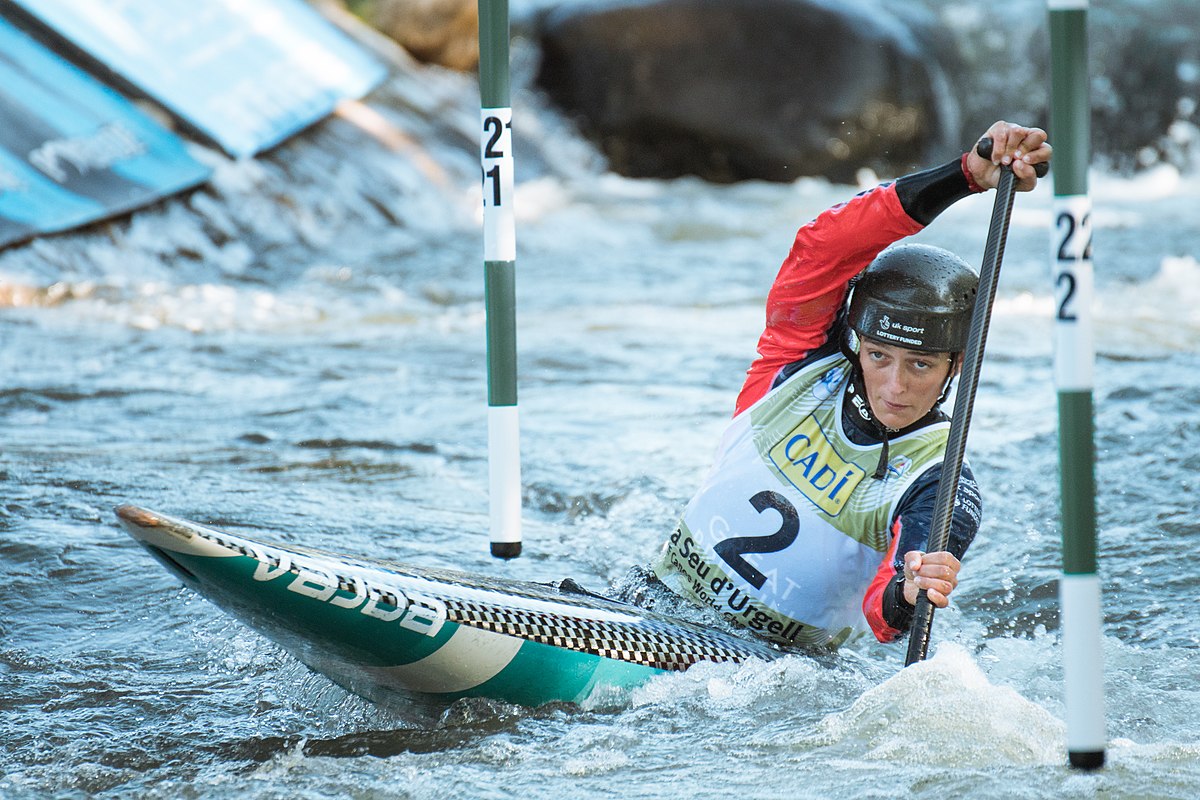 Franklin was leading the event with a time of 1:08.68 seconds, after a two-second penalty for touching the 15th of the 25 gates, with one competitor to go.

That competitor was Australia’s Jessica Fox, the world number one, who stormed to victory with an exceptional time of 1:05.04, taking the gold. Germany’s Andrea Herzog took the bronze.

Franklin had qualified fastest in the heats, but a mistake on an upstream gate during the semi-finals saw her through to the final in sixth.

After the preceding four paddlers posted disappointing times, Franklin was smooth and fast, with her touching gate 15 the only mistake of her run.

She remained in the gold medal position as five further athletes took to the course, the last of whom was Fox. A clean run in the final meant she claimed the gold.

After the event, Franklin said: “I’ve had a struggle in my finals so to put down a run like that, even with that touch, was amazing for me. It was so stressful being sat up there on the start line, but I had a moment where I thought ‘I wouldn’t want to be anywhere else’ – it’s just really cool. I didn’t lose time with [the touch] and it was easy to keep building and stay focused. I hate then sitting watching people and you never know what will happen.”