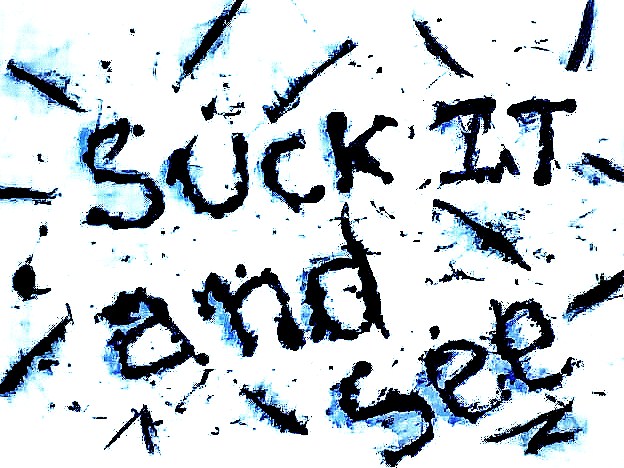 The record that completes Arctic Monkeys: ‘Suck It And See’ turns 10

By Harrison Marsh
Jul. 20, 2021
Posted in Music, Review In Retrospect

Darkness began brewing on Arctic Monkeys’ horizon the moment Alex Turner cut a deal with the band to put ‘The Bad Thing’ on Favourite Worst Nightmare (2007) under the condition they never played it live. 2008’s original ‘Dance Little Liar’ demo perpetuated the darker themes of relationships turned sour that Turner wanted to explore and, with Humbug (2009), Josh Homme met the band on this unfamiliar road and handed them a map. Their destination was psychedelic desert rock and it both deviated from the Arctic Monkeys that everyone knew while forging the identity that would help them break America with AM (2013).

But there was something peculiar in between. An oft-overlooked and underappreciated record after the fallout of the band’s formative years culminated in their most experimental and alienating era before they reinvented themselves as the saviours of rock and roll with the album that said once and for all those four lads from Sheffield had grown up.

A rogue guitar riff beckons you in, immediately grounding you in the setting that had become so important to the band. The opening of ‘She’s Thunderstorms’ is like a lone motorbike riding along the Californian desert and the whole band coming together at the start of the first verse is like the emergence of LA on the horizon. This track is one of the album’s best and most representative of its smooth retro sound. Turner’s cool new croon and a style of lyricism balances honesty and metaphor in a collection of songs as suave as AM and as personal as Tranquility Base Hotel And Casino (2018).

‘She’s Thunderstorms’ also functions as an opener very similar to ‘The View From The Afternoon’. While the latter immediately brings the listener into the riotous atmosphere of nights out that is upheld by the rest of the record, the former is a seductive invitation to the chilled but exciting vibe of the west coast and bonfire parties.

From start to finish, it’s an incredibly easy listen, building up the same energy as their debut in Side A but relinquishing it to a more poignant and reflective Side B

Suck It And See (2011) is a return to form for Arctic Monkeys. For some fans, it may feel lacklustre compared to the band’s other outputs or so sonically different from Whatever People Say I Am, That’s What I’m Not (2006) that it’s blasphemous to associate them, but Suck It And See is more similar to their debut than is immediately obvious.

When crafting songs, the band wrote and rehearsed them before entering a studio space such that they “do a song a day” that were all “90% done” by the end of the session, which differs from the improvisational creative processes of the last two records but is similar to how they made the first one (The Making of ‘Suck It And See’). This grounds both the albums in the moods and atmospheres of the band members’ lives in a way that was lost in the elaborate imagery of Favourite Worst Nightmare and Humbug.

While their debut is an observational and relatable account of what it’s like to be a teenager in the UK, Suck It And See is an equally vivid and raw narrative. All that’s changed is the location and the ages – the characters are the same. ‘That’s Where You’re Wrong’ is the band’s most similar closer to ‘A Certain Romance’ structurally and thematically for good reason. They both end their stories exactly how an observational album should end: calmly watching the sunset without the gravity of great change or philosophy but a newfound understanding of your own life.

Within its scope of growing up in the UK, Whatever People Say I Am, That’s What I’m Not ranges from the excitement of its opening tracks to the grim reality of songs like ‘Riot Van’ and ‘When The Sun Goes Down’ and that’s part of what made it so popular. Suck It And See achieves greater variety. From convoluted metaphors for sex in the rambunctious two-minute romp that is ‘Library Pictures’ to the hauntingly poetic portrait of life, love and reminiscence in ‘Love Is A Laserquest’, this is easily their most dynamic project. From start to finish, it’s an incredibly easy listen, building up the same energy as their debut in Side A but relinquishing it to a more poignant and reflective Side B.

They came roaring out of Sheffield like it was nobody’s business, but Arctic Monkeys have spent this past decade in the sunny Californian desert

However, the diversity of this album means that certain tracks are perfect for listening to in isolation. ‘Piledriver Waltz’ is a song you can turn to when you feel down but don’t want to be cheered up or moved to tears, instead instilled with an odd notion of incomprehensible optimism or inner peace. When you’re caught up in an exciting new chapter of life – you’ve met someone you really like or you’ve accomplished something that means a lot to you – stick on ‘The Hellcat Spangled Shalala’ or ‘Don’t Sit Down ’Cause I’ve Moved Your Chair’. If you’re blindly in love, ‘Reckless Serenade’ and ‘Suck It And See’ have got you covered. And if you just feel cool, ‘All My Own Stunts’ is the tune for you.

Although it is often taken for granted or dismissed as being too bland or unlike the band, Suck It And See is a vital part of their catalogue. Everything in Arctic Monkeys’ eclectic discography makes sense. Right up to the last note Turner sings on Tranquility Base Hotel And Casino closer ‘The Ultracheese’, it’s clear that the band never left the desert. While this record is a stark contrast to Humbug and begins to reach for familiarity in less apparent ways, its vintage pop sound and summer mood are a direct response to the new land to which Homme introduced them.

In many ways, this is the record that completes Arctic Monkeys. At times cheeky and playful, it harkens back to the band that burst onto the scene in the mid-2000s. At others painfully introspective, Turner begins to realise the landscape of his life is changing and things are at last slowing down. They came roaring out of Sheffield like it was nobody’s business, but Arctic Monkeys have spent this past decade in the sunny Californian desert; in the bright, cleansing atmosphere of Suck It And See. 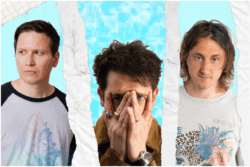