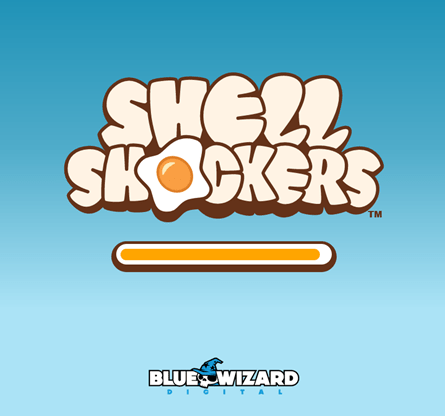 Several months, maybe half a year ago, I was introduced to a game while Discording with friends from home. I initially thought it was a cheaply made, ridiculous concept of a game, that I would only play for about 30 minutes. I was mostly right about it, bar the amount of time I would sink into it. somehow, I have just continued playing it. While I would not call it an addiction, it’s the closest I have come with a game.

A few weeks after my introduction, I tentatively and somewhat optimistically introduced Shell Shockers to my flat. I thought it would be laughed off, and not even get past the stage where they agreed to play. After all, some of my flatmates are somewhat serious gamers. Yet, staggeringly, we have all consumed it endlessly. Now, evenings playing the game for hours while chatting, and occasionally rage quitting, have become commonplace.

The game is utterly bonkers, and that is what makes our connection with it baffling

The game is utterly bonkers, and that is what makes our connection with it baffling. In essence, you play as an armed egg, with a choice of a selection of guns, rifles, and snipers, with the aim to crack other in-game online players or eggs. Every time you kill your streak in the top left corner of the screen rises by one. However, if your egg is destroyed, you are taken out of the game for an agonising five seconds and may have to watch an ad before you can respawn, with your streak and score wiped to zero. There is no end to the game, and no overall winner, but the drive to up your peak streak, and get back in the game after being killed, ensures you cannot quit. Plus, your total kills, deaths, best kill streak, and kill to death ratio are viewable which makes the game yet more intense.

Since the lobby does not end, and if you wish you can play for a very long time, the best players become a true menace. Consistently dominating you, they constantly force you to enter the doomed and despised waiting menu. The fake nicknames of other dominating players become synonymous and aggravating. Gate7 with his rocket launcher, Pixelado, and even Boris Johnson. Then there is the feeling of pure frustration when after aiming toward one end of the map, you pan in the other direction and see a fellow egg looking straight at you. The waiting menu and the excruciating five-second countdown to re-enter the game awaits.

I can recommend this game to others since I have had a great deal of fun with it, much more than I initially expected

I will concede that there are genuine issues with the game itself. It is an online browser game, which of course brings pluses and minuses. Positively, that means it is free to play for all, but it can be remarkably slow. On slower computers, the ping can be a nightmare. Everyone in our flat regularly experiences lag, unfortunately. And on resnet, predictably, the Wi-Fi struggles to handle the game.

Ultimately, I can recommend this game to others since I have had a great deal of fun with it, much more than I initially expected. However, this is a casual game, and it must be played casually. My warning would be to play it, but lightly and for a short period of time. Undoubtedly, that is the best way to use the game. Like all things in life, do it in moderation.