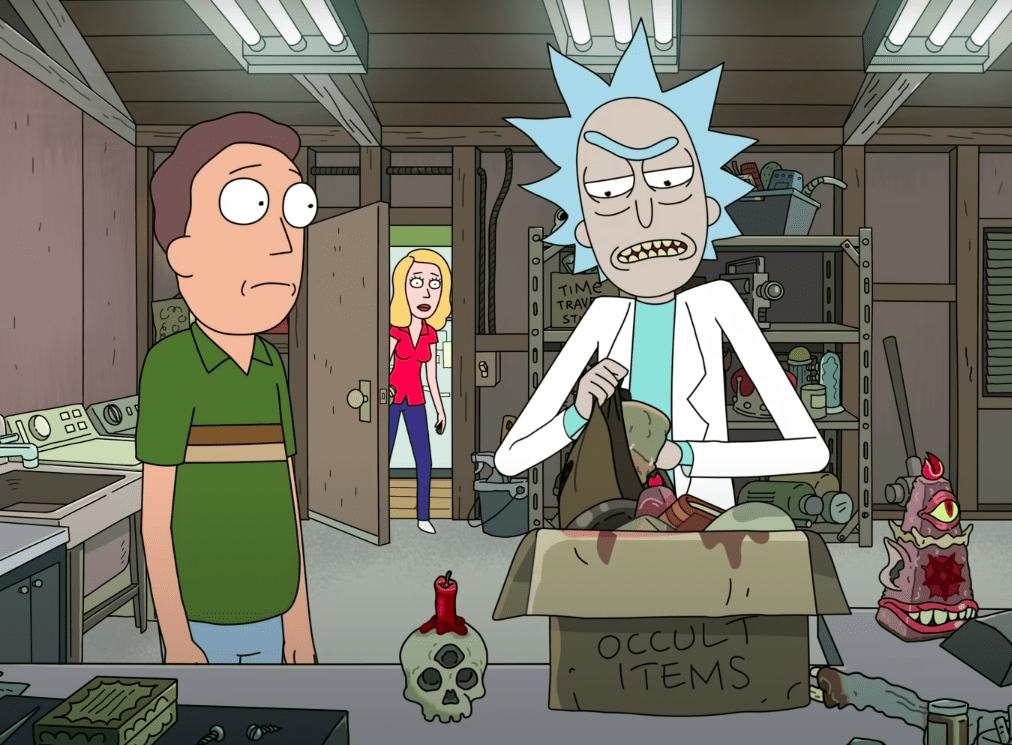 Well, after last week’s bother over monster sperm, I can certainly promise you a less controversial episode of Rick and Morty this time round. ‘Amortycan Grickfitti’ is a surprisingly solid instalment and, after a few adventures, it gives us a chance to spend time with the Smiths as characters.

Beth needs to head to the horse hospital for an urgent situation, but she finds that Rick and Jerry are unable to babysit as they’re out on a ‘boy’s night’. When she decides to crash, she learns the secret that fuels this surprising dynamic – Rick is using Jerry’s mere existence to please demons from Hell who love having a bad time. Meanwhile, Morty and Summer choose to break the rules and invite a friend over – the new kid at school, the cool Bruce Chutback (Darren Criss). Their desperate attempts to please him lead to them stealing Rick’s spaceship, but things swiftly take a turn for the worse when it appears the ship has plans of its own.

I want to be honest from the off: I don’t think ‘Amortycan Grickfitti’ is the funniest or the most inventive episode of Rick and Morty, but not every episode needs to be

I want to be honest from the off: ‘Amortycan Grickfitti’ isn’t the funniest or the most inventive episode of Rick and Morty, but not every episode needs to be. It is, however, one of the most sitcom-like instalments (as much as intergalactic murder and trips to Hell can be sitcom fodder), and I think that really works as a strength. We need some episodes that let us care about the characters, and any episode that brings out more Jerry can only be a good thing. There were hints in ‘Mort Dinner Rick Andre’ that Beth and Jerry were working on their relationship, and this episode feels like a good build on that, testing it differently.

You don’t need to be a Hellraiser fan to see this parody – they find pleasure in pain, and so spending time with Jerry is a glorious night out for them. Indeed, he’s the only man who could think taking Cenobites to karaoke screamed a fun night out, and the resulting cringe is fuel for the demons. Of course, things quite literally go to Hell, which is framed as a weird opposite world, a joke that lasts somewhat too long. But it does boast a number of good moments. A demon called Mousetrap Nipples, a as-close-to-sweet-as-we-can-get moment between Rick and Jerry, and a wonderful Jerry line as he attempts to deflect attention: “Is that a skull?” “No, it’s a baby’s skull.” (Deadly funny in the moment.)

In all honesty, I didn’t get the Bruce Chutback thing (he’s so cool, he’s introduced with a song, apparently), but he’s really the impetus to get things going in the Morty and Summer story. It’s unusual (but no less fun) to see them just acting like teenagers, and making the car the driver (no pun intended) of the narrative works really well. The callback to the brutal horror of ‘keep Summer safe’ hints at the level of violence to come, and its attempts to employ a little psychological strategy against Bruce. But the bizarre Transformers love-story tangent takes us somewhere I hadn’t anticipated. The B-story leads to the post-credits scene, but it’s not an overly good one.

‘Amortycan Grickfitti’ does take us to some familiar sitcom beats, and the B-plot wraps up roughly the same way – I was surprised by the lesson that Morty and Summer learned, but it’s a refreshing one. I love the high-concept stuff, but it’s great when Rick and Morty leans into its characters more – hopefully that will continue in the rest of the series (on character moments, a quip by Morty about his door handle is the episode’s standout line.)

This episode is fundamentally a solid one – there are good laughs and impressive sequences and I like the feel of it. Rick and Morty needs more episodes like this because a bit of character work will go a long way, and we see here that character development can occur even as we wander to the pits of Hell in the process. 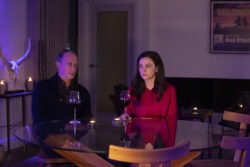