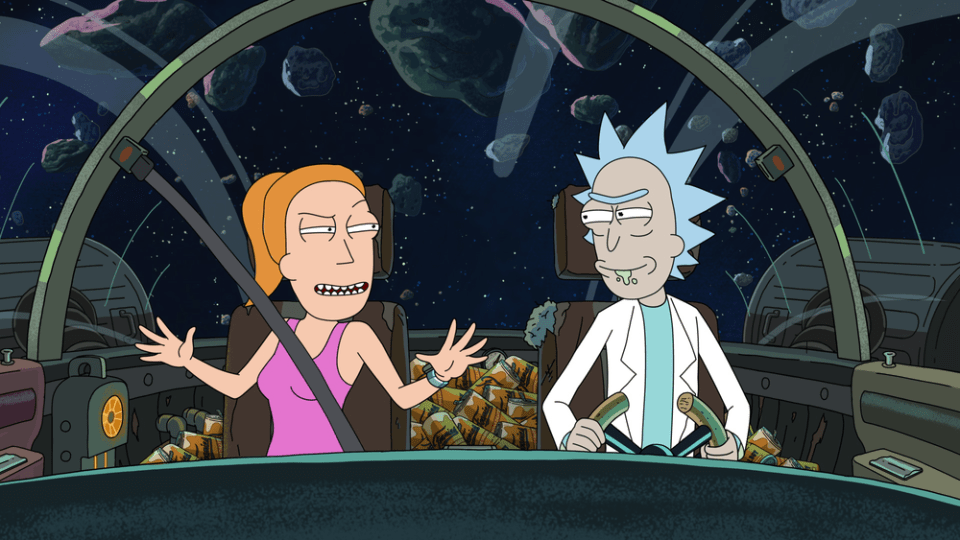 ‘Rick and Morty’: A Rickconvenient Truth

There aren’t many shows that do whiplash quite like Rick and Morty. Last week, we had a bloody sci-fi epic about how all of the characters are essentially expendable and we shouldn’t be too invested in them – this time round, it’s some customary fare digging into the two main characters’ psyches. Sadly, I think ‘A Rickconvenient Mort’ is the weakest episode of this series – it has a few good lines, but neither of the plots lands that well, and it doesn’t feel as if it was overly invested in either of the stories it was telling.

Rick and Morty are on an adventure getting new T-shirts with a fun logo, but their fun is ruined by a spot of acid rain provoking by an evil rodent supervillain. Fortunately, the baddie is swiftly defeated by the environmental superhero Planetina (Alison Brie), whose upbeat personality and good looks quickly catch the attention of Morty. He falls in love with the goddess, but Beth (Sarah Chalke) has huge misgivings about the potential relationship. Meanwhile, a frustrated Rick decides to take Summer on a bar crawl across a number of worlds that are about to end, but when one of them refuses to stick to the rules, tension starts to rise.

Alison Brie’s vocal performance works a lot here, because the writing in some of the changes that overcome Planetina towards the end are really rushed, and the way the plotline is resolved is just… off

Occasionally, we get a Rick and Morty that is an overt parody and subversion of some famous sci-fi or 90s show (the one that’s essentially a knock-off Mad Max comes to mind), and that’s what we have here. If you’re my age, you may remember Captain Planet, and many of the set-pieces are the kind of thing that show would deliver – there’s a lot to work with. In many cases, it picks the obvious path, such as making the “four young adults from each major ethnicity” a little less pleasant than they initially appear (Steve Buscemi plays one in a nice cameo). There’s also a deal with a stereotypically evil Arab – his plea of not representing any particular nationally did get a chuckle out of me. If you watched Captain Planet, it’s depressingly amazing just quite how much it relied on that trope for its villains.

But, despite much of this set-up, the episode instead chooses to tell a love story. That’s not necessarily an issue in itself, but I wasn’t overly convinced by the choices this story made. Alison Brie’s vocal performance works a lot here, because the writing in some of the changes that overcome Planetina towards the end are really rushed, and the way the plotline is resolved is just…off. I appreciated the touching moment between Beth and Morty at the end of the episode, and the way it knuckles down on some of the dark characterisation we’re seeing when it comes to the young boy, but it’s not really earned. Really, one of the best parts was the episode giving us a chance to see Beth and Jerry try to be parents – Jerry, of course, being very Jerry in the process.

I appreciate the show’s inventiveness and playfulness, but it doesn’t always translate into good episodes, and this is a case in point

The Rick and Summer plot, meanwhile, leans on edgy sex and not much else. It gifts us a great cameo from Jennifer Coolidge as an alien with the best elbow-titties in the universe (a term I never thought I’d ever write), and a hint of Rick being impressed with how Summer resolves the situation. But that’s about it (excluding some laughs at how mundane some of the end-of-the-world celebrations were). Some viewers will find this a very entertaining diversion, but I didn’t, nor was I overly partial to the post-credits stinger. It’s all stuff the show has done before, and a lot better, and it’s padding that would have been so much better spent on the Morty-Planetina storyline.

‘A Rickconvenient Mort’, then, is one for fans of weird sex and lots of violence, but it doesn’t take advantage of its premise or deliver much in the way of laughs in the process. I appreciate the show’s inventiveness and playfulness, but it doesn’t always translate into good episodes, and this is a case in point. A fun watch, but it’s unlikely to be one you’ll rewatch in a hurry. 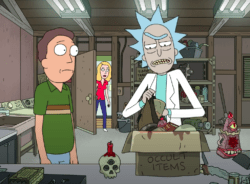