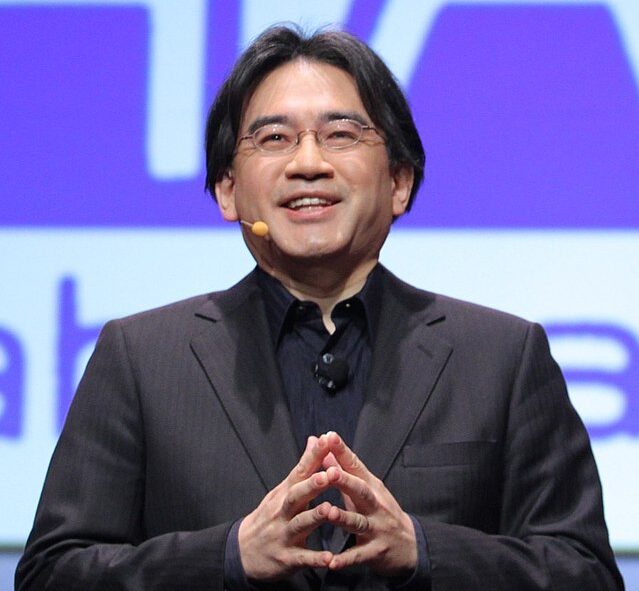 As a Nintendo follower, I still remember the day that it was announced that Satoru Iwata had died. The former president of Nintendo died on 11 July 2015, after complications from bile duct cancer, at the tragically young age of 55. Although he ran a gaming company, and he was hugely influential in sculpting many of the games that we love, the legacy he left behind was so much more – his leadership was one that valued fans and employees, which treated everyone with fairness and kindness, and which inspired people the world over. He’s now been gone for six years, and I wanted to take some time to reflect on the life of this incredible man.

Iwata was born on 6 December 1959, and he was a gifted and curious child. One day, on the way to school, he encountered a demo computer that used telephone lines – he would frequent the Sapporo subway and played a simple numeric game called Game 31 until he mastered it. In 1976, he worked part-time as a dishwasher to save enough money to buy a programmable calculator – he developed a baseball game, and attributed his love of games to the joy he felt seeing his friends play. After high school, he majored in computer science at the Tokyo Institute of Technology, and he took an unpaid internship at Commodore to spend more time around computers. He would frequently show off his own games to the Seibu department store’s computer department, and by 1980, a group of employees there invited him to join their company – HAL Laboratory.

As time went by, Iwata was given more projects (a notable one was Balloon Fight), and he earned the trust of then-president Hiroshi Yamauchi

He joined part-time (due to his studies) as a programmer, going full-time in 1982. A year later, Nintendo released the Famicom, and Iwata was thrilled by the way it could shake up video games – it was cheap and fun, and brought games to the home in a new way. He set up a meeting with Nintendo, and they hired HAL based on Iwata’s familiarity with a processing chip used in the console.

Iwata’s first job was reworking the arcade game Joust for an Atari distribution deal – it fell through, but the company was impressed with his skills and speed. As time went by, Iwata was given more projects (a notable one was Balloon Fight), and he earned the trust of then-president Hiroshi Yamauchi. At the time, he worked with Shigeru Miyamoto, and learned what he considered one of his most important lessons: “engineering is not quite as important as imagination.”

HAL went into debt in 1993 due to a lack of hit games and a new building, and Yamauchi agreed to help out on the condition that Iwata was promoted to president. Iwata was hesitant due to a lack of experience, but he eventually agreed – he put a lot of effort into improving himself, and stabilised HAL’s finances within six years – a combination of understanding his employees and uniting them under a common purpose, and using skills gained as a programmer (such as assigning priority) to the company’s operations.

Impressed with Iwata, Yamauchi offered him a role as head of its corporate planning division and a seat on the board of directors

At this time, he worked on many major games. In 1992, the first Kirby game became a huge hit, in part because anyone could pick it up and play it. He helped develop tools to expedite the creation of Mother 2, and he worked with Game Freak on the localisation of Pokémon Red and Green – Iwata created the compression tools that enabled the company to include Kanto on Gold and Silver, and he ported the battle system to Stadium in just one week. On his weekends, he helped Masahiro Sakurai in the development of Super Smash Bros.

Impressed with Iwata, Yamauchi offered him a role as head of its corporate planning division and a seat on the board of directors. At the time of his promotion, Nintendo was performing poorly compared to competitors, and Iwata was tasked with devising a strategy to make the GameCube a success. He again focused on development, making it quicker without compromising quality. In May 2002, Yamauchi called Iwata in for a meeting – Iwata thought he was going to be fired, but it transpired the retiring president wanted him to take over the company.

Iwata saw handhelds were thriving as home console numbers dropped, and concluded that gaming was becoming too exclusive – there was a huge gap between experienced players and beginners. He sought to do something different to the competitors, and revitalised the company with two big launches – the Nintendo DS in 2004, and the Wii in 2006. DS sales were slow, but the release of Dr Kawashima’s Brain Training and Nintendogs soon opened the floodgates – they sold 13 million units in 14 months, and were unable to keep up with demand. Critics were similarly sceptical of the Wiimote, but sales soon proved them wrong.

The good news would be overshadowed by a tragic announcement – Iwata had passed away, and the outpouring of grief from across the games industry said everything about his importance and his legacy

In 2009, work began on the next lot of systems. Iwata wanted to continue work on 3D, and eventually released the 3DS in 2011 – the technology was impressive, but sales were less so (this is often attributed to a lack of hit games). Iwata felt personally responsible and, after cutting the console price, he took a 50% pay cut to prevent lay-offs. In 2012, the Wii U was released, and sales were similarly poor. In the fiscal year 2011, Nintendo reported $461.2 million in losses – operating losses followed the next two years.

Iwata enacted changes, including the scrapping of an expensive E3 presentation and the release of Amiibos, and things started to pick up again. However, the positive news for Nintendo came with less happy news for Iwata – doctors noticed a lump on his bile duct in 2014, and removed it in an operation. Nintendo reported a profit the next year, and a series of hits from big franchises was helping steady the ship. It wasn’t known at the time, but it was later reported that he was helping work on the Switch in the final months of his life. For fans, the good news would be overshadowed by a tragic announcement – Iwata had passed away, and the outpouring of grief from across the games industry said everything about his importance and his legacy.

For many casual gamers, you may know Iwata best as the face of Nintendo Directs – he was unusually present in a way that many executives aren’t, almost being the face of the company. The Directs were always fun, full of great visual gags and a sense that he was doing it because he loved to do it – that Iwata wanted to reveal the amazing products that his company was putting out. He did loads of stuff that he didn’t need to, clearly because he was full of passion – look at something like the Iwata-Reggie fight video, for example, and tell me that wasn’t a CEO having the time of his life.

On my business card, I am a corporate president. In my mind, I am a game developer. But in my heart, I am a gamer

Similarly, his love for gaming shone through in his ‘Iwata Asks’ series, in which he interviewed developers and producers about their games, asking genuinely in-depth and interesting questions. He was doing them for years – they first appeared on the Nintendo website, and then they later appeared on the Nintendo Network. And these weren’t ads or puff pieces – no, this was Iwata digging into games to learn about them. I love them – the sense of friendliness and comradery between employees is incredible, and they’re full of interesting titbits. Part of my motivation for kicking off the ‘Concept to Console’ series in this paper was the chance to dig into these interviews.

On 16-17 July 2015, despite storms from Typhoon Nangka, more than 4,000 people attended his funeral service to pay their respects to a man who continually shook up the games industry and knew, above all else, that gaming should be fun. He embodied positive leadership – he had the strength of his convictions, the desire to listen to anyone and everyone, and the ability to take the blame when things went wrong. He was a humble man who approached everything with a smile on his face, and a mission to genuinely improve his company. He famously said: “On my business card, I am a corporate president. In my mind, I am a game developer. But in my heart, I am a gamer.”

I think it would be fitting for me to wrap up this retrospective with a quote from someone who knew Iwata, and who could truly reflect on the personal and wider impact of his life. These are the words of Reggie Fils-Aimé: “Mr Iwata is gone, and it will be years before his impact on both Nintendo and the full video game industry will be fully felt. He was a strong leader for our company, and his attributes were clear to most everyone: intelligence, creativity, curiosity, a sense of humour. For those of us fortunate to work closely with him, what will be remembered most were his mentorship and, especially, his friendship. He was a wonderful man.”

Does Pokémon have a future?