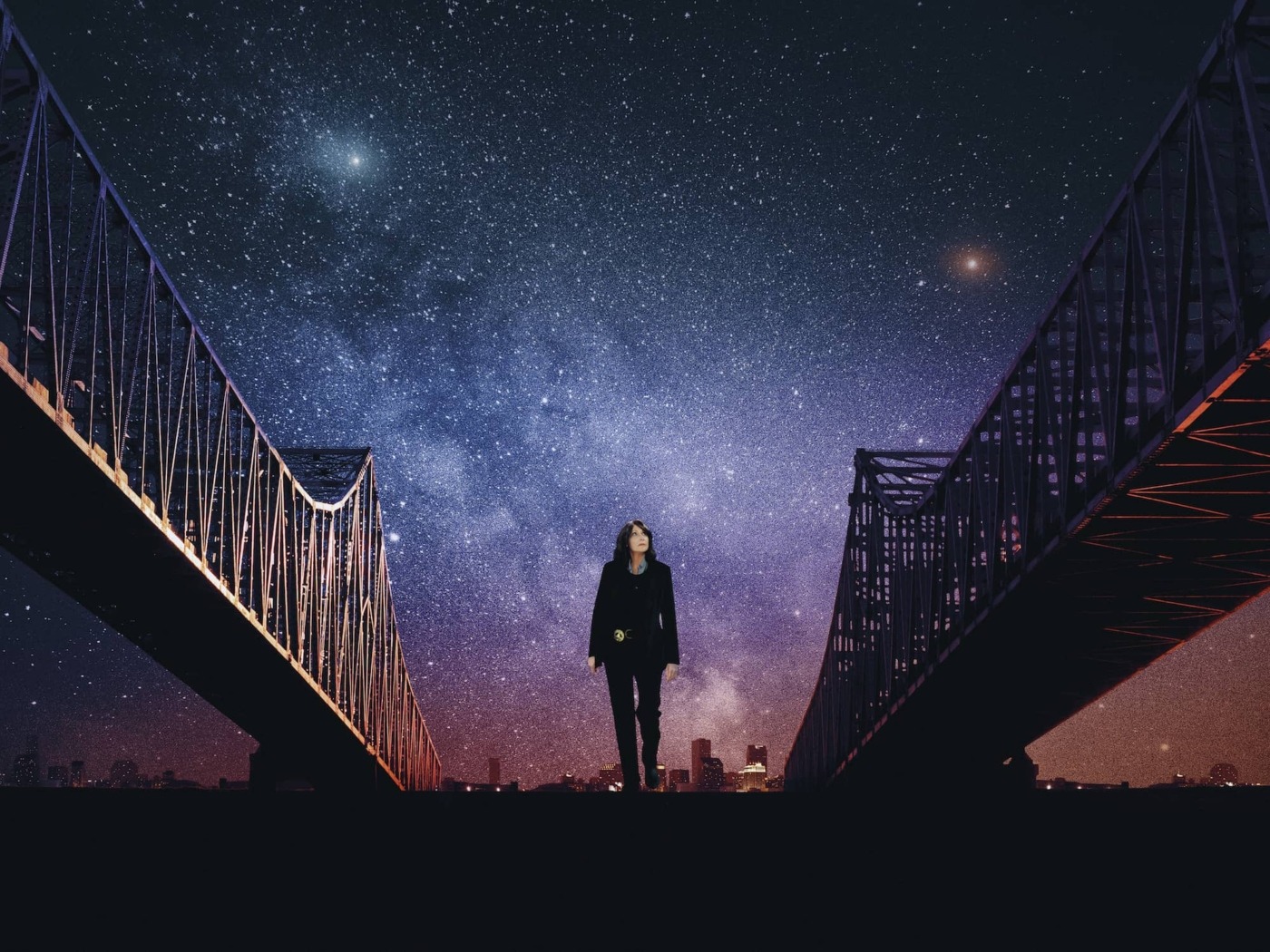 I’ve written previously about my admiration for the films of Carol Morley. I absolutely loved Dreams of a Life, Morley’s raw 2011 docudrama about the life of Joyce Vincent, whose abandoned body in a bedsit wasn’t discovered for three years. It was an emotive story about connections, belonging and how those we apparently care about most can so easily abandon us.

These are themes all covered in Morley’s latest film I was lucky enough to watch: Out of Blue. Adapted from Martin Amis’s novel Night Train (which I haven’t read), it follows detective Mike Hoolihan (Patricia Clarkson), who is investigating the death of astrophysicist Jennifer Rockwell (Mamie Gummer). What could easily turn into a standard televisual police procedural drama becomes far deeper and incisive as Morley asks the audience to confront tricky, difficult philosophical questions about our very identity and place not only on planet Earth, but in the wider universe.

Of course, in any crime drama, certain conventions have to be followed, like finding out how the death took place. We learn that Rockwell’s body was discovered by Professor Ian Strammi (Toby Jones), the manager of the observatory, who always appears slightly suspicious despite his evident grief. What is strongest among all the characters is a sense of shock. Rockwell was a successful astrophysicist who the very evening before her death had presented a talk on black holes – how could she suddenly be dead?

The discussion of the universe, looking at the stars and considering how we exist leads Hoolihan to experience what seem like small psychedelic experiences as she thinks back on her own past. We discover early on that Hoolihan was adopted and has few, if any, memories of her early life. Clarkson manages to use this knowledge of her character to portray someone slightly on the edge of things, who never seems fully comfortable in their skin, despite an evident desire for justice and doing what is right.

The film’s internal contradictions are stark – and this is no negative criticism. On the one hand, there is a very clear purpose driving the narrative forward: finding out how Jennifer Rockwell died, who killed her and why they did so. Yet within this simplicity is a confusion among the characters about their true meaning and purpose on the planet. Despite Rockwell’s profession being built around astrophysics and looking beyond planet Earth, it seems these difficult questions of identity are only conclusively covered in the aftermath of her death.

Out of Blue really does try to highlight how Jennifer Rockwell’s death seems purely out of the blue. Throughout the film, the audience are introduced to her grieving parents Miriam (Jacki Weaver) and Colonel Tom (James Caan), both of whom have an evident desperation for learning what has happened. They both effectively manage to portray how, even in the harshest and darkest of circumstances, that basic desire to receive justice and know the whereabouts of your loved ones is wholly human.

As with the best films, an immense amount of attention is given to what is left unsaid

As with the best films, an immense amount of attention is given to what is left unsaid, relying on the audience to infer. Characters can feel uncomfortable speaking in front of certain characters, wishing to repress their emotions and how they come across. Individuals that initially speak freely to Hoolihan as an investigator later demand a lawyer, refusing to say another word and going completely quiet. It is never made obvious who bares the ultimate responsibility for the events that have unfolded and what their long term consequences are.

Morley’s clear innovation as a filmmaker ensures that her endings and conclusions to such dramas don’t follow the usual stereotypes we are used to seeing time and again. Instead, the depths of characters and the issues they confront are on a far deeper level. The film’s score also ensures that a transcendent, almost metaphysical atmosphere always remains at the heart of the film’s beating core. Out of Blue requires a strong degree of intelligence and a willingness to pay close attention. It is the brilliance of factors like these that ensures our attention is kept throughout. While, for me, Dreams of a Life is the superior film, that doesn’t detract from Out of Blue being a riveting examination of love, loss, society, the search for justice and, ultimately, the possibility of meaning.