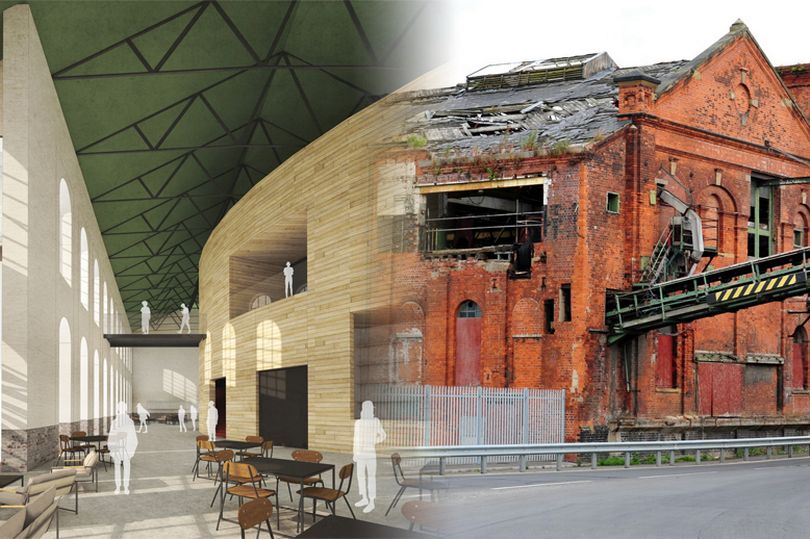 Reviving factories for artistic ventures is a fantastic idea

Gentrification is a term that often receives regular criticism. Referring to when new developments enter an area, it is often criticised on economic grounds, for pushing up the prices of locations and making them only affordable to new residents. From a cultural perspective, gentrification can easily be criticised for changing the atmosphere and identity of a location, hollowing out original buildings to replace them with new centres that have no grounding in the place’s identity.

Even those of us, like myself, who are strong supporters of development and the renewal of locations must be aware of why opposition can exist. Individuals like the connections – historical, architectural, familial – that give a grounding to their area and make them recognise the past, for whatever its flaws. While most people might be reasonably inclined to offer a new perception for building development, they want to feel involved and engaged in future cultural pursuits.

From a cultural perspective, gentrification can easily be criticised for changing the atmosphere and identity of a location, hollowing out original buildings to replace them with new centres that have no grounding in the place’s identity

Thank goodness then for the Grimsby ice factory. Finished in 1901, it’s a derelict Victorian building located on the docks of that town. It’s a key part of Grimsby’s heritage and is currently awaiting planning permission that would allow it to become a quality 1,400-seat theatre that would host shows and conferences.

It is magnificent to see buildings of the past being utilised to serve a purpose in the present. The factory has been untouched for three decades before £40,000 from historic England allowed the building to remain protected. The Grimsby ice factory currently still contains the ice-making machinery, even though other versions have been converted into shopping centres and flats. According to the Guardian, the ice that was in place there helped to preserve fish that was caught at sea.

Theatres should always be seen as intrinsically positive, not least when they are in a local area

The prospect for such buildings when their purpose has been served always allows the fear of demolition. Though sometimes necessary, it can mean the buildings that are, internally and externally, aesthetically pleasing are demolished for little reason. However, a £90 million Grimsby town deal has allowed new homes and investments to enter the town. Alongside this, economic uplift could be created by a government scheme to make Grimsby a freeport, allowing goods to be processed without taxation.

The reasons for optimism should be clear. Theatres should always be seen as intrinsically positive, not least when they are in a local area. For residents, they provide a location for enjoying different plays, comedians and concerts that might otherwise be far out of reach. Potential wannabe actors are given life chances and have doors opened to them that might not previously exist. Businesses receive funding from hospitality and the widespread use of different services that enable prosperity from the usage of theatre shows. The benefits are multitude.

Theatre is defined by the need both for change and continuity. From a changing perspective, the plays and stories that are told must be able to adapt to different times

For many parts of the UK, recovering from the decline of different industries is not something that has taken place easily. Even an amateur historian will be well aware of Margaret Thatcher closing the mining pits and factories in many northern towns which hollowed out both their employment industry and sense of identity. Just imagine if these had been replaced with artistic and creative endeavours. While the transition from the pit in the ground to the pit on the stage might not have been easy, it would have been wholly worthwhile.

Theatre is defined by the need both for change and continuity. From a changing perspective, the plays and stories that are told must be able to adapt to different times. What audiences want is varying and will affect how they interpret art. Audiences also want however a degree of familiarity and continuity in what they are seeing. Using the Grimsby ice factory allows the best of both worlds. While residents might be familiar with the venues, adapting the factory to a theatre ensures that evolution and continual relevance can take place. It makes sure that nobody is left unserved and that theatre, at its best, continues to serve the many.