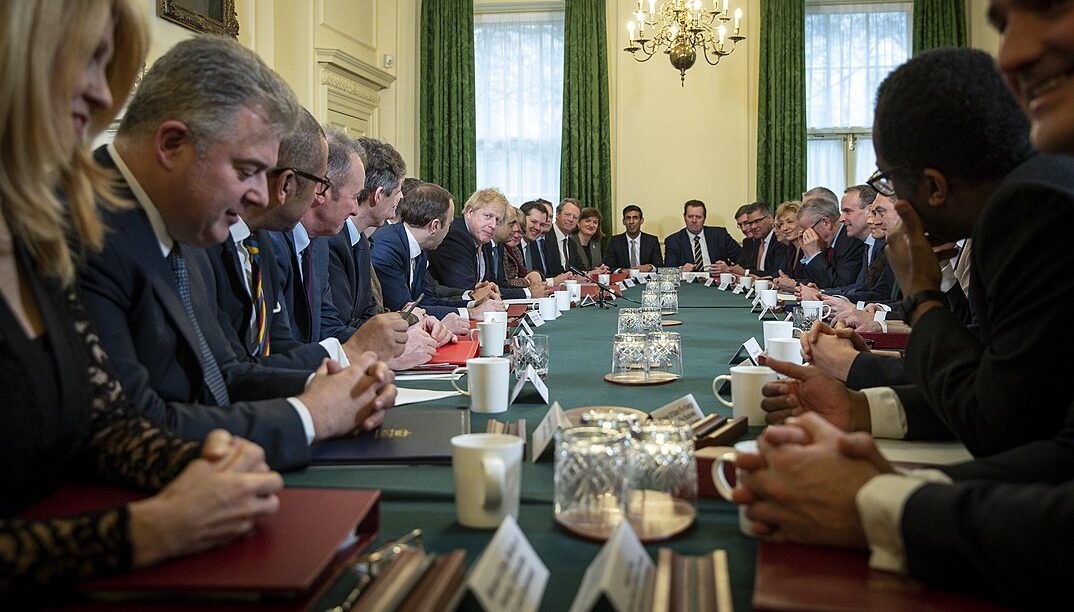 Slowly, I think that Cummings may become the nation’s darling, or at least develop a really cool cult following – and so he should.

I don’t think his road trip was best advised, or best dealt with. The PM’s back garden may not have been the best location for his confrontational post-castle interview, and his whole eye story was more than a bit weird. I couldn’t help but believe him, however, when at his crazy Hancock hammering, Boris battering panel interview, he stated that if he had chosen to lie, he would have come up with “a hell of a lot better story” than the one he told – I think I would have too, and he’s many multiples brighter than I am (I pray for all of our sakes). To say that he has made a few blunders would not be inaccurate, but he has some qualities I admire greatly.

I became a slight fanatic and watched his whole panel interview – six or so hours of it, not in one sitting. Previously I’d watched a few lectures of his at science conferences and, at what I remember as being various guest speaker appearances, I got a pretty good idea of what he’s all about, ideologically at least. Dominic Cumming’s is very high-tech. When I say high-tech I don’t mean he’s an AI expert, has a fields medal, or is a Big Data genius; what I mean is that while in government he drafted in AI experts, a fields medallist, and brilliantly fascinating Big Data geniuses. He’s wildly obsessed with getting rid of all the (relative, and it may include me so I can say it) idiots with 2:1s in Politics or PPE degrees who have somehow bartered their way to running the country, and replacing them with more effective people. Most importantly, he is set on tearing the big horrible Whitehall machine cog from cog – he often highlights that it’s about the only place you can get a job, do no work, mess everything up and never worry about being fired. Can you believe that? We have one sector bearing the responsibility to look after our livelihood, and they don’t fire incompetent people.

he’s identified that it all needs changing, to be smashed to pieces and rebuilt in a way that somehow involves smarter people, who can be fired, working in an efficient system

In the last paragraph I was a bit extreme, he doesn’t want to get rid of all the politics and PPE students, just a lot of them: Government needs to be balanced. But he does believe that even the ones who do stay – in this Big Data era – must have some scientific knowledge. Let me explain. He said a few years ago that he had been in conversation with the field’s medallist, Cambridge physicist and mathematician, one of the world’s ultimate geniuses, Timothy Gowers in an attempt to construct an education program resembling Harvard’s ‘Math for Presidents’. The aim is not to have a bunch of political people who are also mathematical heavyweights, but to have Politics people who know enough about maths and physics and applied sciences that they will be able to identify when an expert in one of those fields may be able to help. For example, many will know – it’s impossible to avoid at university – that the most applicable and significant scientific field for any political person is statistics; Cummings stated in a lecture in 2014 that almost nobody who walks through the door in Whitehall, or the Commons knows what a normal distribution is. He also cited the Royal Statistics Society’s study that found only 40% of MPs could correctly answer the question “what’s the probability of getting two heads when flipping a fair coin twice?” And so, his main gripe is not that MPs must be super-geniuses, but that in an era where data can be used to aid decision-making so magnificently, they must have some understanding of the potential of scientific investigation. How can they possibly hope to identify all of the situations in which discission making may be aided by a scientist if they don’t know what a normal distribution is? It’s not about making everyone a scientist; it’s just about making sure the people who run the county have the best chance at succeeding.

Cummings also continuously talks about decision making – it is government’s job after all. Most of all, his point of focus is on the level of people in decision-making positions within Government who have never had to make decisions before in their life, have never started and succeeded at a project of their own, and never led anyone, himself included. Most of the internships I apply for require some experience resembling the position; being a Government minister seems about the only position which doesn’t. At least he’s identified that it all needs changing, to be smashed to pieces and rebuilt in a way that somehow involves smarter people, who can be fired, working in an efficient system.

Specifically, as someone who’s currently very much on the left, Governmental systems need a huge overhaul – can you imagine if our dreams of intervention came true and all responsibility fell on Whitehall in its current state; even with all of the resources in the world, they’d definitely find a way to let it all go to waste.

Overall, I like him because he’s seen past the boring old slog that is party politics, identified that no matter who gets into No10 (especially just now) drastic change won’t be made, as long as the same out of date, inefficient systems are in use. For all of his flaws, Dominic Cummings has always been a thorn in the side of those who want things done the good old way, who don’t want to learn and progress, and are happy for Whitehall to trundle along as normal. And he’s not partisan whatsoever! He doesn’t even like the Conservatives and I respect that; in the current climate when the Conservatives are centre right and Labour are centre right but wearing a pretty mask, being partisan may be the biggest nonsense of them all.

I hope his change will come but as he said himself, in the civil service “the people who are promoted tend to be people who protect the system and don’t rock the boat”.