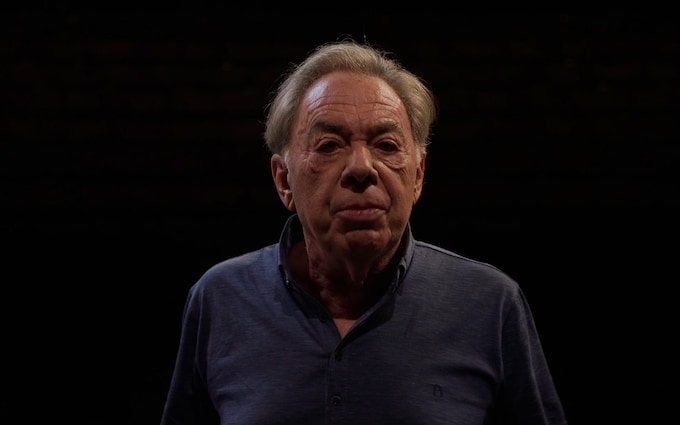 Lord Andrew Lloyd Webber has announced the cancellation of the opening night for his new musical, Cinderella, hours before it was due to welcome its first full-capacity audience on Monday 19 July. A member of the cast in a small role tested positive for Covid and, despite further tests being carried out on backstage crew and performers (all of which had been negative), the production will remain closed this week due to the government’s Covid isolation instructions. The composer described it as “a devastating decision that will affect the livelihoods of hundreds of people, and disappoint thousands”.

Until the rules shift on 16 August, anyone who is notified of being in close proximity to someone who has tested positive must isolate for a maximum of ten days. This will only apply to those who have not been double-vaccinated once the rules change, but that doesn’t help shows now. The composer said that, thanks to this current system, “Freedom Day has turned into closure day”. It is expected that a decision will be made about the show’s future in the next couple of days.

Restrictions will only apply to those who have not been double-vaccinated once the rules change, but that doesn’t help shows now

Reflecting on the circumstances, Lord Lloyd Webber said: “We can’t go on like this. I’m thinking of our audiences, yet again we’ve had to say to a whole load of audiences ‘sorry, we can no longer perform’. It’s no longer viable, completely untenable.

“I’m speaking as Andrew Lloyd Webber, friend of the cast and all the people on our show, but also as Lloyd Webber, passionate lover of all theatre. This government does not understand that theatre is the lifeblood of our cities – every other country in the world seems to. It’s not just about actors – it’s about everyone who depends on us – the taxi drivers, the restaurants, the dry cleaners, it’s an endless list. Theatre is a huge revenue driver for the country.

“This building here has 100% fresh air – the best ventilation you can find. We can’t go on like this, theatre is on its knees. There’s no way forward. I beg the government to realise – we have the testing system, we have everything in place to keep people safe. Let us get on with our jobs. We cannot carry on with this current system. It simply doesn’t work.”

‘We can’t go on like this, theatre is on its knees. There’s no way forward

Culture Secretary Oliver Dowden said he was “deeply disappointed” to hear about the cancellation. He tweeted: “I know how much effort ALW has put into this production, and how much it meant to the cast, crew and theatre lovers alike. Whilst the need to self isolate is an economy wide issue, I recognise the particular challenges it presents to the arts and I’m strongly making the case for that in government. In the meantime, I hope to see as much open as possible and, where shows are restarting, please give your support by buying a ticket.”

There is a sense among theatres that the current operating conditions are unsustainable – if a worker on a production is forced into isolation after a positive Covid test or being pinged by the Test and Trace app, it can cripple shows for several days. Cinderella is far from the only show that is struggling due to circumstances outside of its control – The Prince of Egypt has also been forced to cancel performances due to a crew member contracting Covid, while Hairspray and Bach & Sons both closed shortly after opening. Sir Kenneth Branagh’s theatre company recently announced it had axed an upcoming London production after Covid-enforced absences stopped its cast attending. A number of other shows are operating at reduced capacity, and many are set to open later this month.

There is a sense among theatres that the current operating conditions are unsustainable – if a worker on a production is forced into isolation after a positive Covid test or being pinged by the Test and Trace app, it can cripple shows for several days

After this news, the performing art workers’ union Equity released a statement, saying it was “very saddened” to hear of Cinderella’s cancellation. It also called on the government to bring forward changes to the self-isolation rules for the performing arts and entertainment sectors in England – as the government is currently making some exceptions for pinged key workers, it’s possible that they may be conducive to these pleas, but it feels unlikely. In Lord Lloyd Webber’s opinion, “this is the last chance for this government to show they have the remotest interest in theatre” and, after recent developments, I suspect he may not be feeling too optimistic.