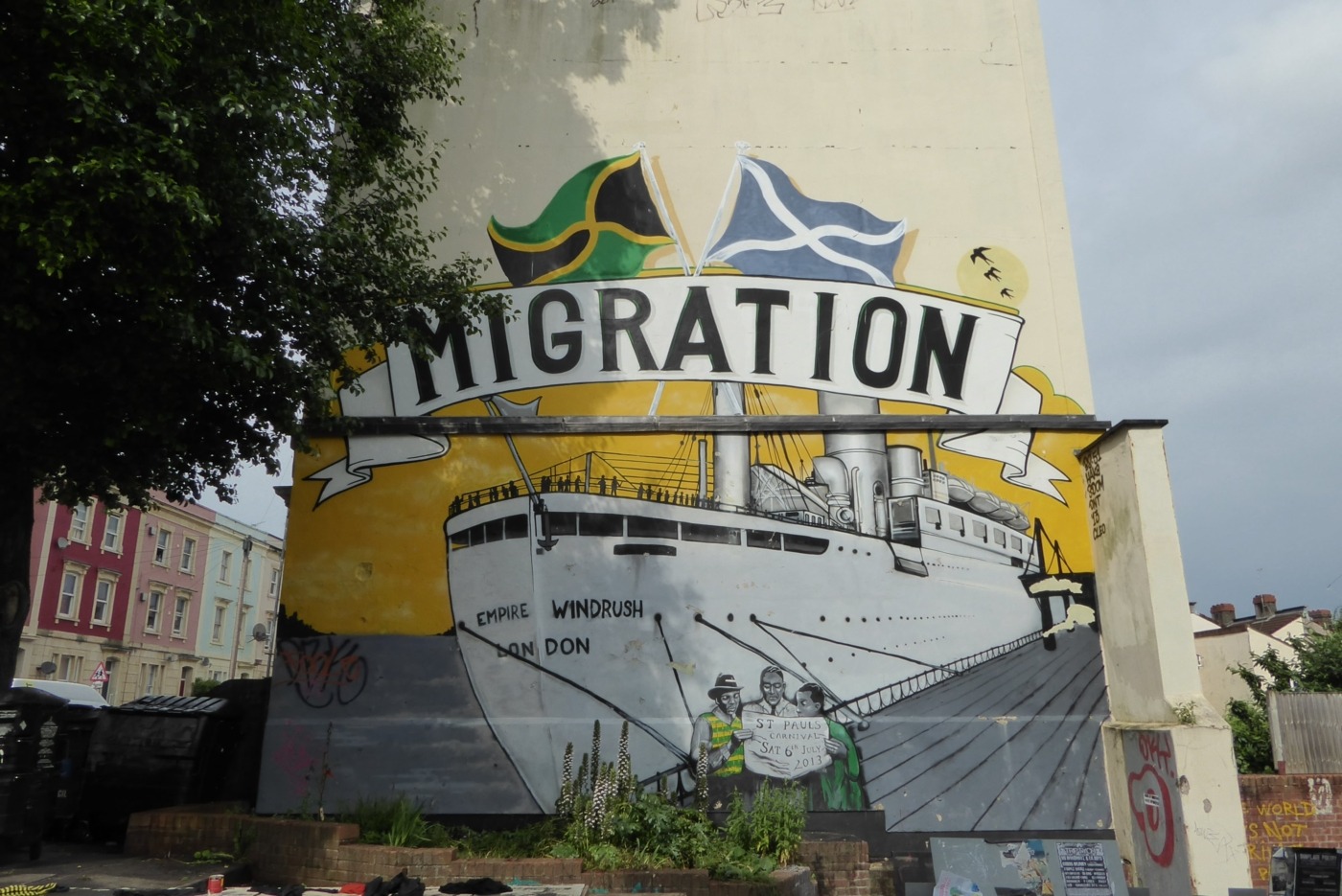 Windrush Day is celebrated on 22 June. The day is to commemorate a generation of people who came from across the former British Empire between the years 1948 and 1971. This generation is referred to as the ‘Windrush generation’ because the initial boat carrying almost 500 Carribeans, which arrived on 22 June 1948 at Tilbury Docks in Essex, was named ‘the Empire Windrush’. Decades later this date is now used to pay homage to a generation of immigrants who rebuilt post-war Britain.

The day has great significance, especially for the Caribbean community who are seen to be the bulk of the 57,00 people who came to the UK during this period. The BBC spoke to both Avril Nanton and Jody Burton who wrote a new guidebook regarding London’s Black history, which was released on Windrush Day of this year. Both are of Dominican heritage, with parents from the Windrush generation who voyaged to London from Dominica during that time.

Nanton stated that the Back community was joyful to have something to commemorate the Windrush generation as “Windrush is a big thing in the black community”. Burton, who was born in East London after her parents moved to London in the late 1950s, divulged more about what they had to endure as Windrush immigrants during this time. She stated that they had to take less-skilled jobs in comparison to the ones they originally did in Dominica. It was very difficult and laborious work, elucidating that: “They did face a lot of prejudice.”

The Boar spoke to Kam Nasser, a Warwick student – who is also a Vice President of the university’s Caribbean Culture Society – about his experience as a descendant of the Windrush generation.

While speaking to Kam, he talked about how his grandmother Cathy had left her island of Dominica when she was only 17 years old to come to the UK. Reflecting on her lived experience and this huge voyage she made at the age of 17, he stated that: “At that age, I hadn’t figured out what I wanted to do with my life and was still at school.”

A huge life decision, with many sacrifices, was made by those in the Windrush generation by uprooting their lives to the UK. Kam highlighted how his grandmother did not know anybody when she arrived in the UK. The only person Cathy knew was her dad, whose whereabouts she did not know upon arrival – she hadn’t seen him in quite a long time and therefore she had no idea “what she was going to do on the other side”.

Cathy believed she would return to Dominica by the age of 21, however, she eventually got a job and married – thus ending up settled down in West London. Kam reflected on this sacrifice among many others his grandmother made to ensure a better life and better opportunities for the generations that followed.

The Windrush generation fulfilled largely what we would consider today as ‘key worker’ roles. Post-war Britain, especially during the 1950s, saw a huge increase in demand for skilled and unskilled labour in order to help the economy slowly recover. Many NHS managers recruited already trained nurses from the British Empire, as well as young women to train as nurses in Britain – as it was evident that the NHS could not meet the requirements to meet the health needs of the British population without the recruitment of foreign-born men and women.

The British Hotels and Restaurants Association also recruited people from Barbados to work. Furthermore, London Transport recruited more than 3,500 Barbadians to work during a time frame of ten years beginning in 1956.

To be honest I don’t know how she managed to battle through. I would say that is… a real mental sacrifice she had to make

Journalist Peter Fryery noted that, during this time of reconstruction during the post-war period of the 1950s, it was Black hands who “drove tube trains, collected bus fares and emptied hospital patients bedpans”. However, while being the backbone of economic growth and rebuilding within the UK, the Windrush generation faced racial discrimination at every turn.

This discrimination faced by the Windrush generation is exemplified through Cathy’s experience, with Kam stating how she wasn’t allowed in pubs and would sometimes be denied jobs because of her race. She often faced hostility in her carer role from patients as they didn’t want her touching them because of her race. Kam said: “To be honest I don’t know how she managed to battle through. I would say that is a sacrifice, a real mental sacrifice she had to make.”

Windrush Day also is a day of celebration and recognition for those who are descendants. Speaking to Kam on the day itself and its meaning as a Windrush descendant, he stated that he is proud to be someone of Caribbean descent.“Being a descendant of that generation makes me quite proud in a way to know the sacrifices my family had to go through. It does encourage me and means a lot to me.”

Discussing whether this meant there was more pressure to succeed, as a descendant of a generation who sacrificed so much, he responded that it is not so much “a pressure to succeed, but there is a will to succeed. .He described that whenever he considers giving up or is struggling with something he always thinks of all the sacrifices his grandmother made.

He describes this will to succeed as something that has guided him in achieving ambitions in subjects and interests that he is passionate about. Kam reiterated that it wasn’t so much a “pressure” to succeed as a Windrush descendant but rather not selling yourself short. “We [The Caribbean Community] have been through too much as a community to be selling ourselves short of the opportunities we have here.”

Discussing what Windrush Day means for those within the Caribbean community and especially those of Windrush descent, Kam stated that the day itself has only recently gained more popularity and recognition – especially alongside the traction of the BLM movement and how this aided recognition of Windrush Day itself. He believes that this is a positive thing and is also an opportunity for the community “to reflect on the sacrifices that were made”.

Additionally, he also voiced that it’s also an opportunity to reflect on the progression of society since the casual and institutional racism his grandmother once experienced. In saying this, however, he also reflected that the day is an opportunity to access the current social climate we currently reside in, stating that “there is a lot more to be currently done to reach a fairer and more equal society”.

He continued that the day is an opportunity for the Caribbean community to assess also what needs to change for them as a community, highlighting that the statistics elucidate that Black Carribeans are the most underrepresented and underperforming in the education system. He stated that this is more evident by “the number of Caribbean students at Warwick University in proportion to the number of Caribbeans in the country”.

As a closing statement in discussing his grandmother’s life as part of the Windrush generation and how she feels about where her grandchildren and children are in life, he expressed that she is soon turning 80 in the same house in West London she originally lived in during the first years when she arrived in Britain. He stated that “she is really proud of me and proud of all of her grandchildren. She just wants the best for us”.

The impact of the Windrush generation and the generation that followed is undeniable. They have impacted British culture forever, and Britain would not be what it is without their sacrifices.