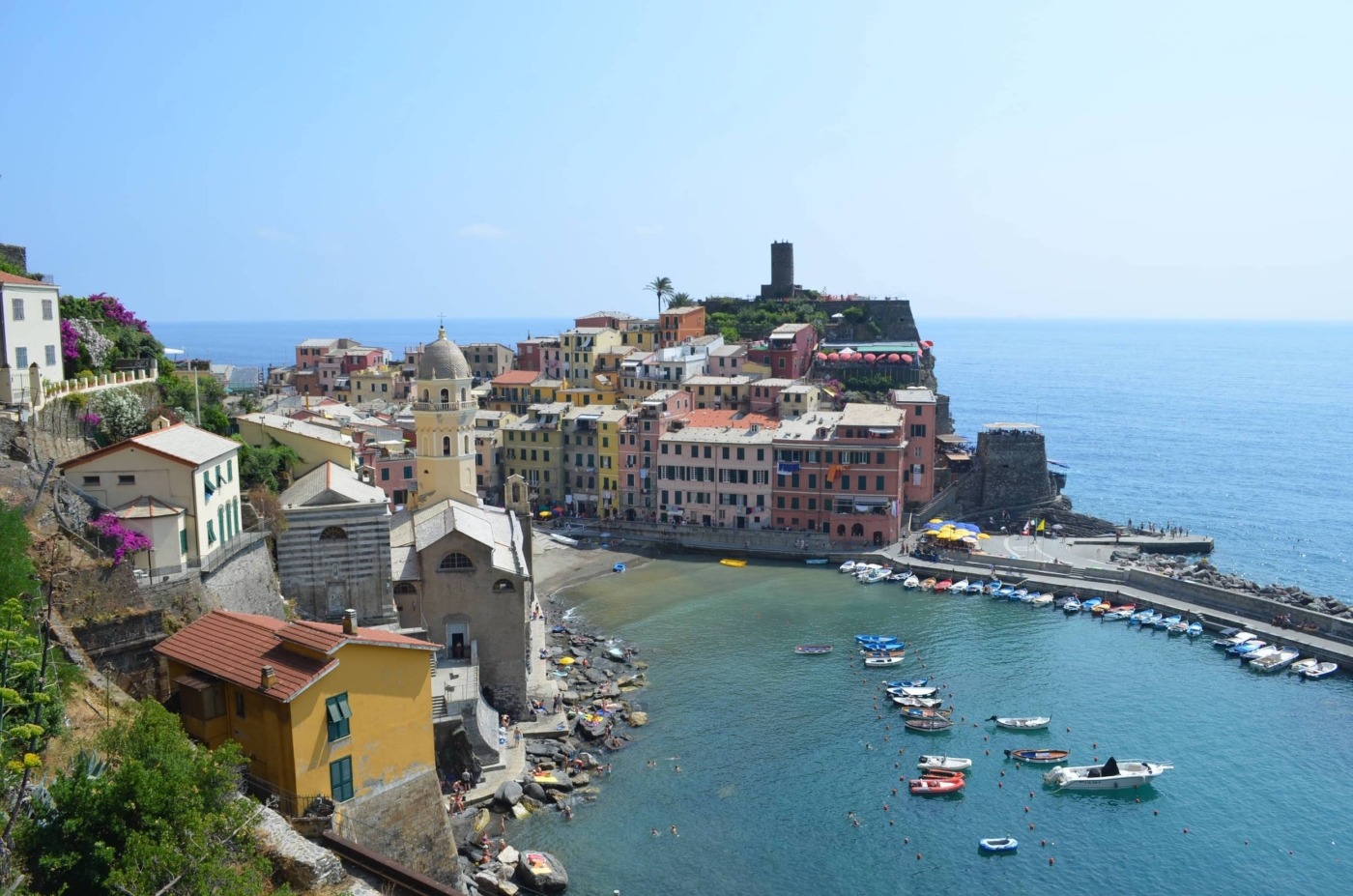 There’s a fun meme circulating online about Pixar and how they create their films: you put any word in the formula ‘what if _ had feelings’ and run from there. Toys, cars, robots, rats, feelings themselves – Pixar has done them all. The joke circulated again after the release of Luca, with many framing it as ‘what if Italians had feelings’. A fun joke, but not a fair reflection on the film at all. Luca is a charming coming-of-age tale that is visually impressive and tugs at the heartstrings, and which will definitely entertain despite its flaws.

Luca (Jacob Tremblay) is a young Italian sea monster warned by his parents (Maya Rudolph and Jim Gaffigan) to stay in safe waters and to never entertain ideas of heading to the surface. One day, he follows a trail of human artefacts and encounters Alberto (Jack Dylan Glazer), a fellow monster who lives on the surface in a crumbling castle by the beach. As their friendship develops, the two head to the fish-hunting community of Portorosso in order to find a Vespa and travel; there, they encounter the independently-minded Giulia (Emma Berman), and join her on her quest to win the Portorosso Cup and show up local bully Ercole Visconti (Saverio Raimondo). Along the way, Luca discovers how big the world is and the challenges that friendships can face.

By digging down and producing a story focused on relationships – between friends, and between parents and children – it really hits the mark

It goes without saying that, as a Pixar film, Luca is a beautiful watch – the animation is stunning, and the town of Portorosso and its people are full of character. Director Enrico Casarosa expressed his desire to capture the nostalgia and the spirit of his own childhood, and to tell a “deeply personal story” rooted in his life in Genoa, and he succeeds admirably, supported by a lovely score by Dan Romer. There is an intimacy to Luca – it’s one of Pixar’s smaller entries in terms of scale (which is probably for the best after Soul), but no less effective for it. By digging down and producing a story focused on relationships – between friends, and between parents and children – it really hits the mark. If you’re anything like me, expect to have tears in your eyes at the end – my track record of crying at Pixar films is a bad one.

Tremblay brings a touch of vulnerability, and yet hopefulness, to Luca: he’s a charming protagonist, a likeable kid and an excellent counterpoint to Glazer. He too channels vulnerability, although his is coated in a sense of bravado and confidence intended to hide his insecurities. They share an excellent dynamic – they are eminently believable as friends sharing a journey together. The film also boasts a solid supporting cast: newcomer Berman as the enthusiastic Giulia, a gruff Marco Barricelli as her father Massimo, Rudolph and Gaffigan clearly having fun as Luca’s parents. I want to highlight Raimondo – after a few Pixar films without a villain, he brings just the right amount of smarm and cockiness to Ercole, a character all the more unpleasant because he is so realistic.

Luca is a charming movie, but I don’t think that it’s Pixar firing at its best

Luca is a charming movie, but I don’t think that it’s Pixar firing at its best. There is a sense that the plot is very familiar (I was getting strong The Little Mermaid vibes at the start), and the rushed start was a little hard to get into. Fortunately, that issue soon vanished as the plot actually got going, so I implore you not to duck out if it doesn’t land with you right away. I enjoyed the narrative, and I thought that the final sequence with the Portorosso Cup worked really well – however, I’d be lying if I said that there were points in which the narrative hung a little looser, and the discovery of the monsters is strangely rushed. I feel like we could have done with more time with Massimo, for example, and I thought that Giulia was slightly underserved as some of her interesting character arc was essentially downplayed in favour of making her the third wheel in the Luca-Alberto friendship.

Despite a few flaws, Luca is a charming film with a wonderful message about acceptance and being yourself. It looks stunning and it’s great fun – I’d recommend sitting down with it, and losing yourself on the Italian Riviera for an hour and a half. It may not be the best Pixar film, but it’s still a good one, and that’s recommendation enough in my book.