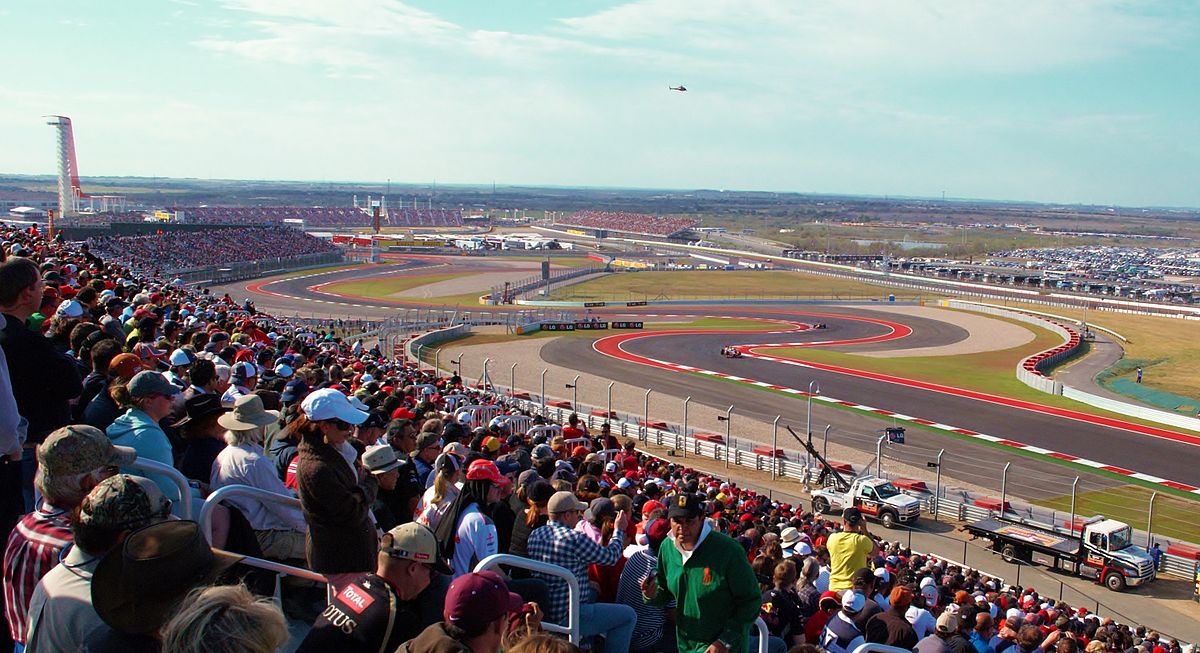 Max Verstappen has extended his championship lead after an impressive win at the French Grand Prix, which saw him go head-to-head with his rival Lewis Hamilton and come out on top of the battle of the pit stops.

With Verstappen on pole and Hamilton joining him in the front row, it seemed the two drivers would be battling from the off. In the end, an unforced error by Verstappen saw him run wide on the first lap, gifting the lead to the Mercedes driver and putting the team in control of the race. With the field running as it was, it then became a contest of pitting and tyre wear – the four drivers all started with mediums, and it remained to be seen who would pit first, and when.

Bottas was first, pitting on lap 17 with a view to gaining second from Red Bull. Verstappen followed the next lap, and used his new tyres to produce a fantastic out lap – despite a good stop on lap 19 by Hamilton, Verstappen had the pace to just beat him out of the pits, a massive strategic error that granted Verstappen the lead once again.

Both drivers said that their tyres were struggling again after a few laps, and both teams took different strategies. On lap 32, Red Bull brought Verstappen in for a second pit – Hamilton had requested this in the hopes of beating his rival, but after this move, Mercedes kept him out. Hamilton had a 20 second-advantage over Verstappen, but the Red Bull driver ate into that with his new tyres. He passed Bottas on lap 44, and then overtook Hamilton on lap 52, just over a lap from the end. There was nothing that could be done – Verstappen took the win, and his first career Grand Slam was a bonus. He now leads Hamilton by 12 points.

Verstappen’s teammate, Sergio Perez, came third – the tyres on the other Mercedes, driven by Valtteri Bottas, simply couldn’t withstand the pressure and looked to be giving out by the race’s end, although it did manage fourth place.

We made the call to do a two stop, luckily it paid off – but we had to work hard for it. Very rewarding.

Lando Norris rounded out the top five, the best of the rest in a race dominated by Mercedes and Red Bull, in an impressive drive after falling out of the top 10 on the first lap. There was really little to report down the field – the France GP normally turns out a boring race and, excusing the drama at the front, this was no different.

After the race, Verstappen said: “Towards the end I enjoyed it! At the beginning it was super difficult out there with the wind. One lap you had balance then the next lap, you were just sliding everywhere. Really difficult to keep the car stable. Once we made the first pit stop, you could clearly see the hard tyres, they were pushing me hard from behind. But then when we made the call to do a two stop, luckily it paid off – but we had to work hard for it. Very rewarding.

“It was difficult because there were quite a lot of backmarkers to go through, but we were able to fight until the end. I just lost the rear [at the start], so just tried to correct it. The whole race me and Lewis were fighting each other, so it will be like this the rest of the season.”

Hamilton said: “Congrats to Max he did a great job today, they had the better strength all weekend. Considering we had such a difficult Friday I am really happy with today’s result of course we didn’t win and we were in the lead but I had no tyres left at the end so unfortunately lost the position but still it was a good race.

“I mean we have to find some pace that is for sure. Most of the time we lost today was on the straights. We have to dig deep and find where that is and whether that is power or drag. We’ve still got a good package and I’m not sure how we lost position today. We didn’t know how strong [the undercut] would be. What was surprising was the run out of that front tyre early on in the race. Obviously they had a good strategy and it worked well for them. [Max] was already quite far ahead and the only option was to stay out as long as possible and hope the tyres hold together.”

Perez said: “It was important to stay within the leaders. The first five-10 laps, the car was pretty undriveable with the wind. We were running less downforce today, so it was hard to keep up but then the track was getting better and I started to pick up and we managed to go quite long in the end, so I think that paid off. We did a great race and a great strategy from the team. I’m happy that [Verstappen] won the race today and good points for the team.”

Next week, we return to Austria for the first of two weekends there. It’s Red Bull’s home track – will they continue their impressive showing, or will Mercedes finally figure out how to fight back? 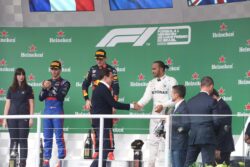