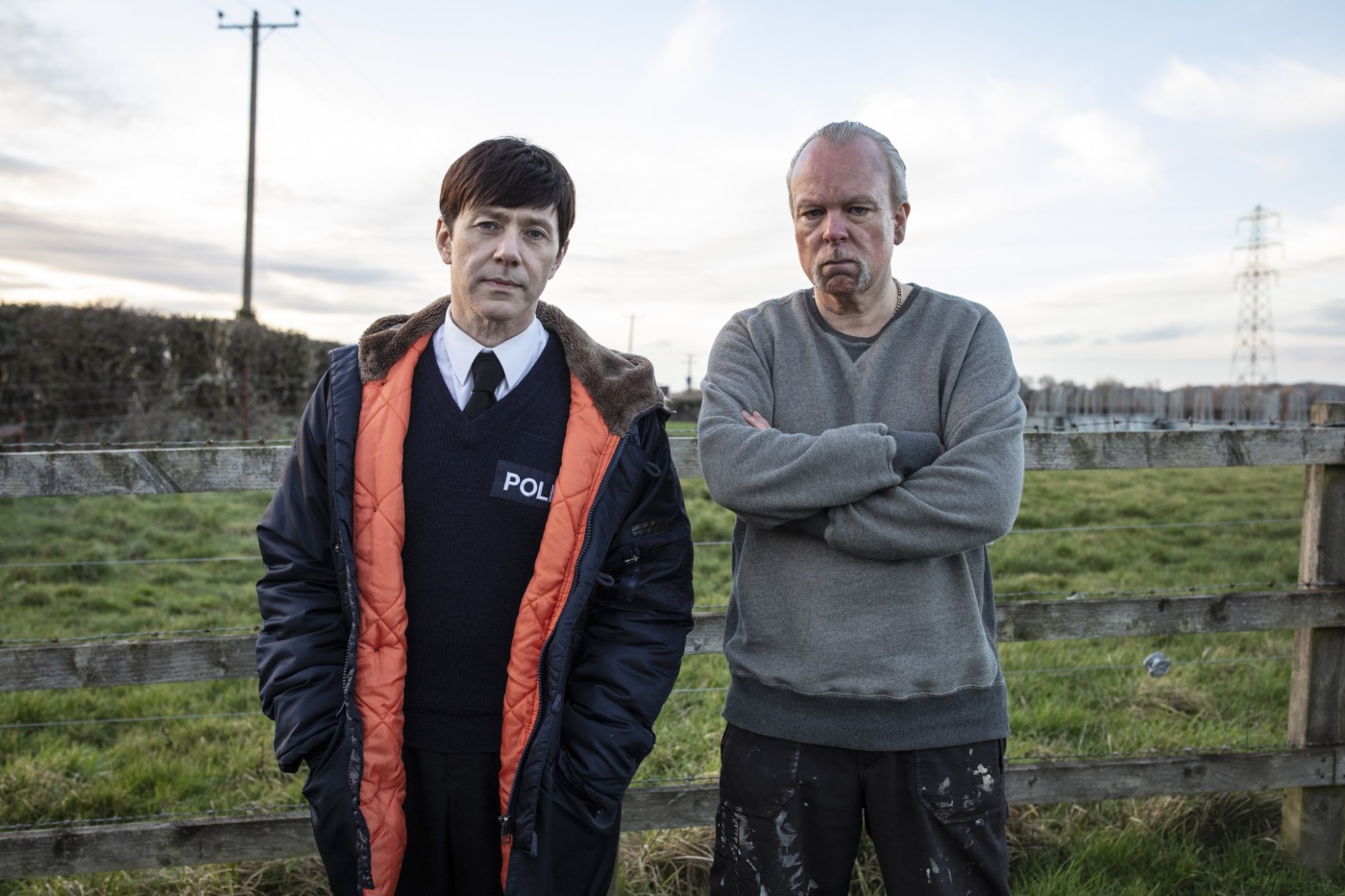 If you watch crime dramas, you may be familiar with the name Jeff Pope – he’s the guy seemingly responsible for almost every ITV true-crime show of recent years. ‘Hurry Up and Wait’, this instalment of Inside No 9, imagines behind the scenes on one of those shows, and it tells another ingenious genre-hopping tale full of unease and uncomfortable laughs.

Actor James (Reece Shearsmith) is on location, waiting in a temporary green room within a local house. He has a small role in an upcoming police drama starring Adrian Dunbar (as himself), and he’s keen to learn his lines and make the most of his big opportunity. The owners of the property, however, are not so excited about the filming – the plot concerns a local tragedy, and they’re worried that it may stir up memories of the event. The more time James spends with Oona (Pauline McLynn), Stan (Steve Pemberton), and their daughter Bev (Donna Preston), the more convinced he is that something is going on.

Though I speak much of atmosphere and tension, there’s also a good bit of fun to be had

The first thing you’ll pick up on in this episode is the overwhelming sense of atmosphere – from the moment James sets up shop in the house, there’s a huge sense of unease. We have no score, and an oppressive location with no distractions. It’s simply a case of Shearsmith (playing it perfectly as an understated actor knocked down by events) being creeped out by the residents. Bev stares at him and constantly distracts him, and that’s before Oona arrives; kudos to the writers for getting McLynn to offer James a cup of tea, a line that is really the only thing that puts Mrs Doyle from Father Ted in mind. You’ll be suspicious of what’s going on immediately, and that feeling ramps up for what must be at least half the episode before we get any real break.

Though I speak much of atmosphere and tension, there’s also a good bit of fun to be had. Pemberton’s Stan is a disagreeable character, hostile and aggressive, but he’s also observant, happy to skewer James’ pretensions about the size of his role. He’s introduced with a great line about needing the toilet, which demonstrates that Pemberton and Shearsmith can even go one cut above with toilet gags. I said in my review of ‘Lip Service’ that Pemberton is great at being understated, but he also thrives as these awful creations too.

Of course, many of the best lines come courtesy of Dunbar, sending himself up as a preening actor desperate to steal all the glory. He plays himself as insufferable, desperate for screen time and offended at accusations of being typecast (his suggestion that his character in the fictional crime drama and Ted Hastings in Line of Duty are completely different because of the way that they angle their hair hits the spot beautifully). He’s such a charming, charismatic presence, and a good counterpoint to the rest of the drama. One of the two threads running through this episode is James being beaten down as his big break becomes increasingly small, and Dunbar is one of the key architects, doing it all with a smile.

There’s been a lot of discussion about the ending of this episode. Rest assured, I’m not going to give anything away in this review, but it seeds something throughout the runtime that it plays with in a genius way. There’s a rug pull towards the end that feels like it’s playing with the conventions of both Inside No 9 and the true-crime dramas that this episode explores, and it lands perfectly – so many people (myself included) thought they saw the twist coming, and we were off the mark. It’s followed, however, by another ending that doesn’t quite work if you think about it at all, and which feels a little too out-of-nowhere to be fair.

Inside No 9 again delights in crafting a solid piece of character drama that plays with our expectations. I don’t know if ‘Hurry Up and Wait’ succeeds with quite all of the stories it wants to tell, and it’s possible it may leave many viewers with an unpleasant taste in the mouth at the very end. But that’s the joy of the anthology format, and the joy of Inside No 9 – it continues to entertain and be more inventive than anything else on TV.