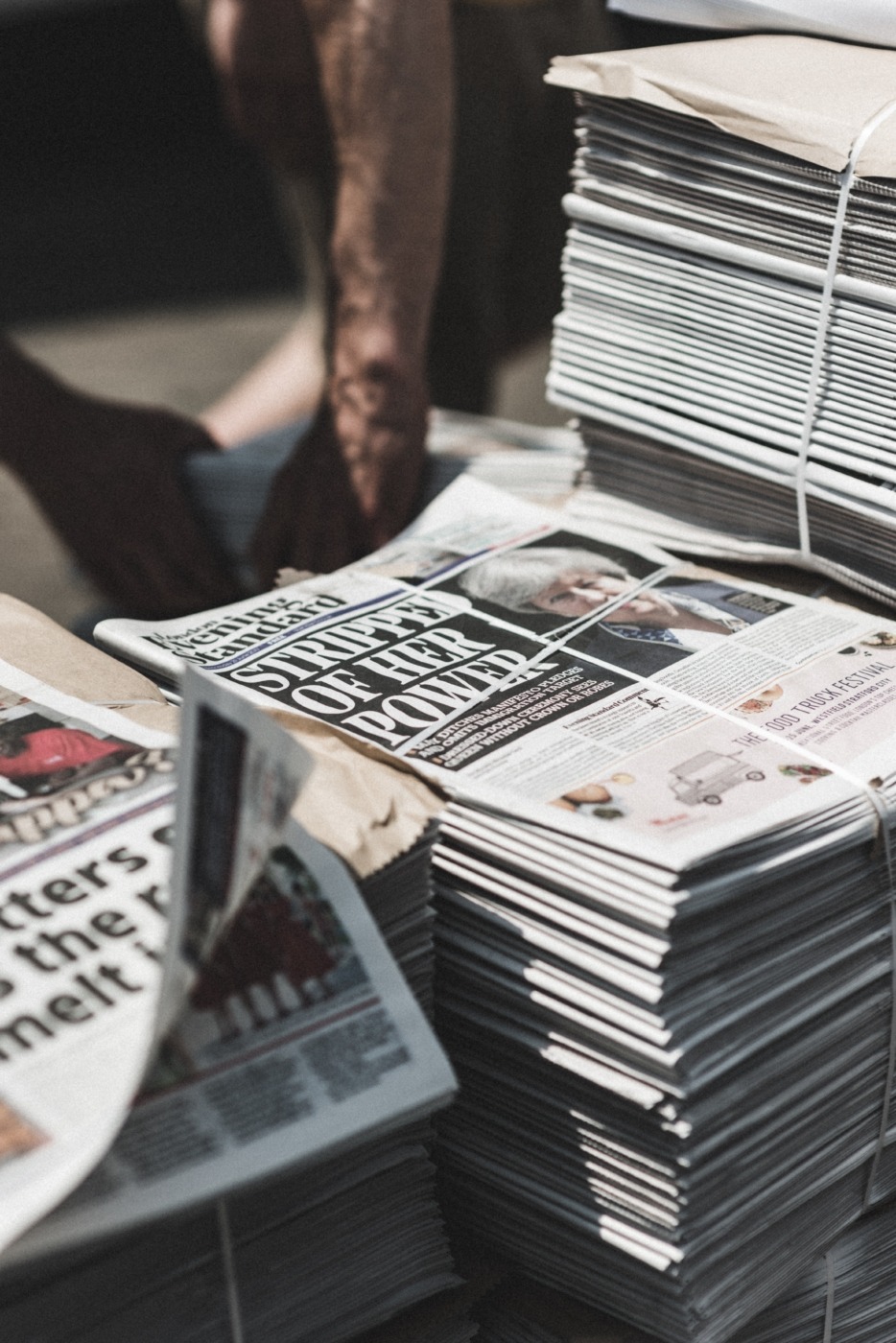 Climate is one of the major news stories of our generation. I’ve been alive for 26 years now, and it’s remarkable how much the coverage has shifted just in my lifetime. Green parties around the world have transformed from fringe nutters to serious politicians, and politicians across the spectrum need a green stance to be taken seriously. Natural disasters are discussed in terms of climate change, and climate conferences are headline news. It seems that journalism has evolved to explore the climate question – I wanted to explore how.

According to data from the Media and Climate Change Observatory (MeCCO), the UK comes second for the number of articles published on climate change since 2004. It comes slightly behind Australia, and is then followed by Japan, Canada and Ireland. Interestingly, of the 54 countries tracked for print coverage by the MeCCO, more than half increased the number of articles they published on climate issues in the last five years, indicating both an increase in climate-related news and reader interest.

An increase in climate news doesn’t necessarily track what stance an outlet takes, MeCCO lead investigator Max Boykoff was keen to note. He said: “It’s not just whether climate change is explicitly in an article or not of course, but it’s how it is characterised and it is whether it’s treated with disdain or enthusiasm, which are just two among many emotional registers. More media coverage isn’t always better. Depending on the sources that they’re coming from more media coverage can actually do a fair bit of damage – confusing and propagating misinformation or poor information.” However, the body has identified a “maturation” in the way legacy media sources cover green stories.

It was reported in May 2019 that concern about climate change in the UK had reached a record high, with around 80% of the British public now being “fairly” or “very” concerned about the climate. There is a big amount of poll variance based on the exact question being asked, but the general direction of travel shows a clear trend towards people prioritising this issue in terms of importance. At the time, climate was in the headlines due to a combination of the Extinction Rebellion protests, the Sir David Attenborough climate documentary and the visit of Greta Thunberg, but it’s clear that it’s one of the prevailing news narratives of our time.

News organisations have responded to the audience’s interest in climate issues with campaigns or new sections, in turn feeding back into the importance of the discourse. Bloomberg, The Sun, Forbes, The Times and The Financial Times (as well as this very paper) have all launched climate coverage sections, campaigns or supplements in the past few years in response to the rise of green interest. Natasha Clark, political correspondent of The Sun and a central figure in the newspaper’s Green Team, notes that “climate news isn’t traditionally something people go to The Sun for” – however, internal polling revealed that 82% of its readers wanted to lead greener lives, and so the Green Team launched in response.

Clark said: “It’s clear to us that climate change has now become an issue no one can ignore, and we have a duty to tell our readers what it means for them, bring them on the green journey, and fight for a fair deal for them. Politicians and the public are finally waking up to the urgency of climate change. We’re seeing the green readership growing and I’m hopeful that will continue as our campaigns pick up the pace and we get nearer to COP26. I’ve had a hugely positive reaction to picking up the green beat and I’m delighted so many people have been in touch about working together and telling green stories in a fun, Sun way.”

The FT Climate Capital section launched in February 2021, a response to an audience survey revealing that more than three-quarters of respondents considered climate change to be “extremely” or “very” important. Engagement grew – for climate stories, page views rose 34% between January and February, and the number of global readers increased by 37%. As the FT’s climate editor Emiliya Mychasuk notes: “That suggests an untapped demand and real reader interest which we believe will be sustained.”

Climate is an interesting story because, at this moment in time, it’s one of the few news items not to be eclipsed by the Covid-19 pandemic. This implies that news audiences are genuinely responding to climate coverage, and news organisations are reacting both to that audience and the global upheavals and occurrences linked to climate issues – it’s a relationship that continues to feed into itself. As Boykoff says: “Media is such an important part of these conversations and moving from conversation to action and engagement. Without doubt, media coverage has influenced this motivation to act and engage more over time.”