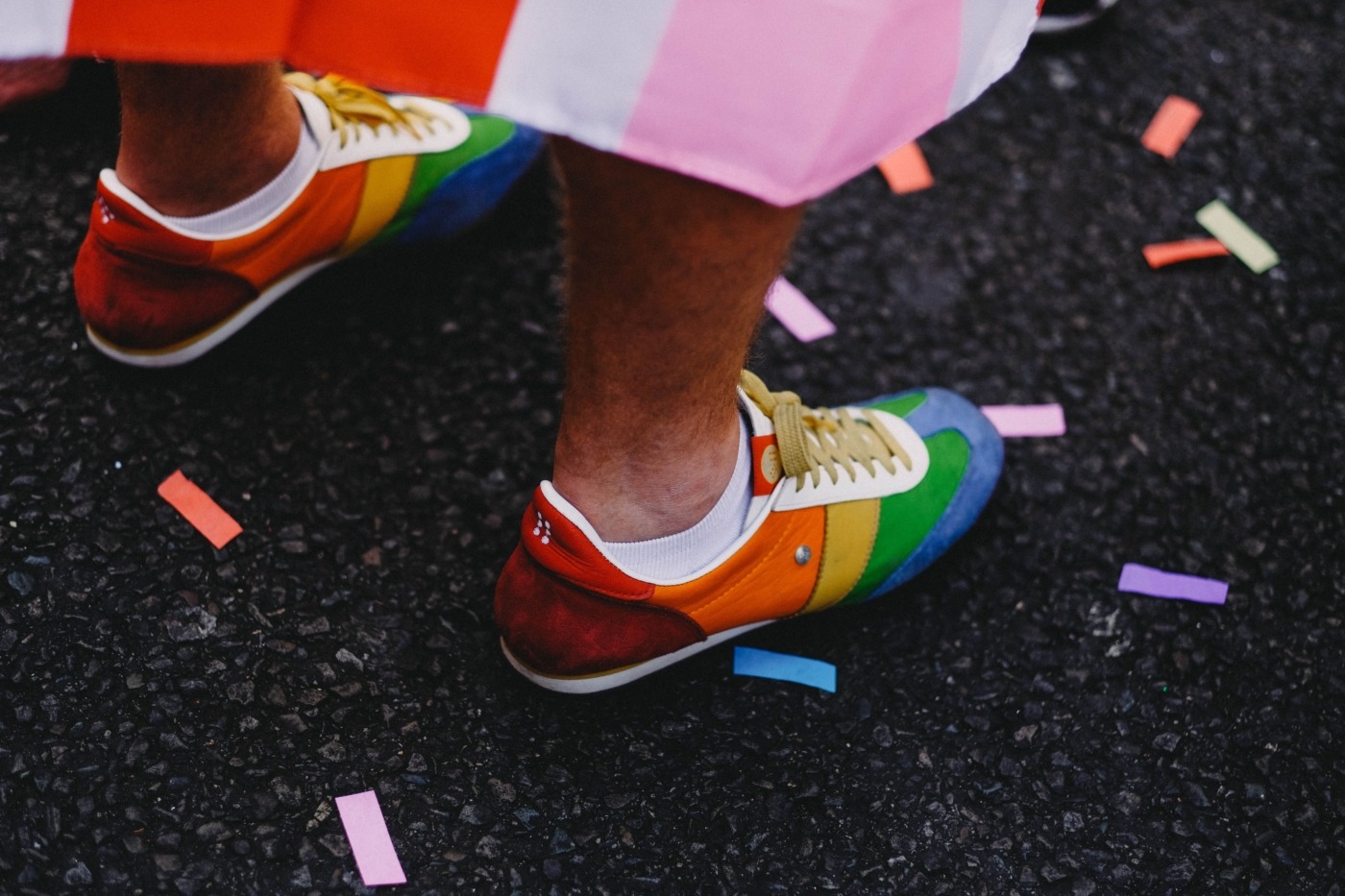 Over the recent years, the increasing commercialisation of pride has been quite topical. At midnight on 1 June, companies scramble to incorporate rainbow onto their logo – shortly followed by eager announcements of their pride products, which are usually their regular products with a rainbow added to them. This commercialisation is difficult to ignore as corporations go above and beyond to show their support for the LGBTQ+ community.

There are mixed feelings around what this commercialisation means and whether or not it’s useful or necessary. Some see it as the LGBTQ+ community finally being accepted into wider society since brands are now willing to market to those who celebrate pride. By being vocal about Pride month, companies help to normalise it for those who may not be familiar with the concept or community. It also can be seen to help those who may struggle to see themselves represented in the mainstream.

Various companies and workplaces have also started to introduce pride badges for their staff to wear. These are used to indicate that individual staff members are also supportive of pride all year round, not just in June. This sign of support seeks to make members of the LGBTQ+ community feel safer while shopping or doing business with a company – as they know that they can be open about their identity without fear of backlash.

However, for others, hyper commercialisation is just another example of companies doing whatever they can to make more money. While brands may outwardly show support for the LGBTQ+ community, there have been questions about how they actually treat their LGBTQ+ staff (if they hire them at all). Furthermore, investigations into where companies donate money can also be quite controversial. It’s often found out that companies who have increased pride marketing do so only for the money, as behind the scenes they support homophobic organisations and public figures.

When brands say one thing but do another, it once again becomes clear that pride was nothing more than another cash grab

Offenders include McDonald’s and Amazon. Both have released tweets in support of Pride, but an investigation by Insider revealed that the companies donated hundreds of thousands of dollars to congresspeople who voted against the Equality Act in the United States. This is damning, as the Equality Act would have increased protections for members of the LGBTQ+ community – as well as banned discrimination based on gender identity and sexual orientation.

For those on this side of the argument, this hypocrisy is too much to ignore, especially when it begins to interfere with legal rights that are a struggle to achieve in the first place. When brands say one thing but do the other, it once again becomes clear that pride was nothing more than another cash grab for them.

The seeming acceptance of Pride by capitalism can be considered to be quite contradictory. Pride emerged as a movement to fight against our inherently, homophobic, sexist and racist society – in which capitalism plays a great part. For many liberation movements, the goal is not to simply be tolerated and approved by society.

Instead, the goal is to be liberated from oppression – where the acceptance of your identity is no longer needed because you would not have been oppressed for it in the first place. The commercialisation of pride may be seen as counter-productive to the movement, an obstacle to liberation instead of an aid. Brands and companies are virtue-signalling to show that they are not homophobic, instead of taking a strong stance against homophobia.

The issue with this is that it skews the perception of progress for the LGBTQ+ movement. We see emerging arguments that ‘gay people have it all now’, and the idea that our society is no longer homophobic because a few companies have a temporary rainbow logo. In reality, many LGBTQ+ people are still fighting for their right to be recognised. Currently, transgender people in the UK have to prove to a panel that they have had gender dysphoria, as well as providing medical reports to support them, in order to have their gender legally changed.

The hyper-visibility of the commercialisation of pride can be seen to send an implicit message that times have changed – deterring people from wanting to find out more about LGBTQ+ issues, and what can be done to actually help members of the community. Pride marketing acts as both a distraction and an excuse for capitalism, making people forget that there is more work to be done. It also allows companies to say that they have done their part for the movement.

The danger of accepting these surface-level actions is that little beyond these acts get done, as we can see already. Markets are flooded with pride products – but when companies are challenged about their values and actions, it is radio silence.

The commercialisation of pride is eerily reminiscent of the commercialisation of the BLM and Black liberation movement. Both movements emerged as an act of resistance to the status quo – yet both are being increasingly hijacked by corporations who want to prove that they are anti-racist and anti-homophobic. They claim to be against oppression, while simultaneously participating in such oppression. From employer discrimination to unethical donations, whether they like it or not, most brands are complicit in the subjugation of the people they claim to stand for.

However, the benefits of the commercialisation of pride should not be overlooked. In fact, the hyper-visibility of Pride can also increase discussion around the LGBTQ+ community as well as introducing it to those who may not be familiar with it. Making Pride difficult to ignore can be a useful tool for opening up discussion with children, friends, and family.

Many may not even know that Pride month exists, and introducing it to them through a mainstream celebration of the community helps to normalise pride movements and pride celebrations.

Furthermore, the commercialisation of Pride can be beneficial to those who may have struggled with their identity. Being surrounded with constant reminders that your identity is okay can be quite comforting. Hashtags dedicated to celebrating pride may also allow members of the LGBTQ+ community to find and make friends with others who have similar experiences. Sometimes in our individual lives, it may feel as though we are alone, but the ability to find people with similar experiences is one of the great things about Pride.

Some people may not mind spending money on products made especially for Pride, it can be a symbol of who they are and act as a sense of comfort. The fact that they can readily buy something that helps them celebrate who they are is an achievement itself. By now, we are used to seeing an abundance of ‘Mr and Mrs’s items, cards, birthday gifts, etc. It is virtually impossible to forget about the heteronormative society that we live in. Thus, the ability to buy a birthday or anniversary card for your partner of the same sex is one of the seemingly small aspects of life that actually make a big difference in people’s personal lives. These reminders that your identity is recognised and catered for can ease nerves that may arise. The individual benefits of the commercialisation of pride are still benefits at the end of the day.

With the commercialisation of pride, it can be conflicting to balance being critical of the trend while still recognising the joy that it can bring. The disconnect between what brands preach vs. how they act behind the scenes is far too large, and often it is not clear where the money raised from selling pride products is going.

It would be nice to think that the money generated goes towards LGBTQ+ charities and organisations – but unless this is specified by the company, this information can be difficult to find out.  Giving corporations control over how pride is represented can be quite damaging for the movement as a whole, as it gets trapped in the cycle of temporary support sandwiched between months of silence from brands and companies.

Nevertheless, some may argue that companies don’t have to be the driving forces of social change nor be activists. Their goal is to make money and the commercialisation of pride allows them to do that. The original Pride movement began as a resistance to the status quo, and arguably the commercialisation of Pride only seeks to make it more ‘respectable’ and downplays the revolutionary aspects of the movement.

From this, we are left with questions about this commercialised liberation effort. Importantly – if the movement is being represented on a large scale, does it matter if this support is genuine? It could be said that superficial support is better than no support. But if capitalism is not how LGBTQ+ liberation will take place, then do we really need its approval in the first place? 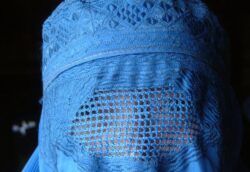