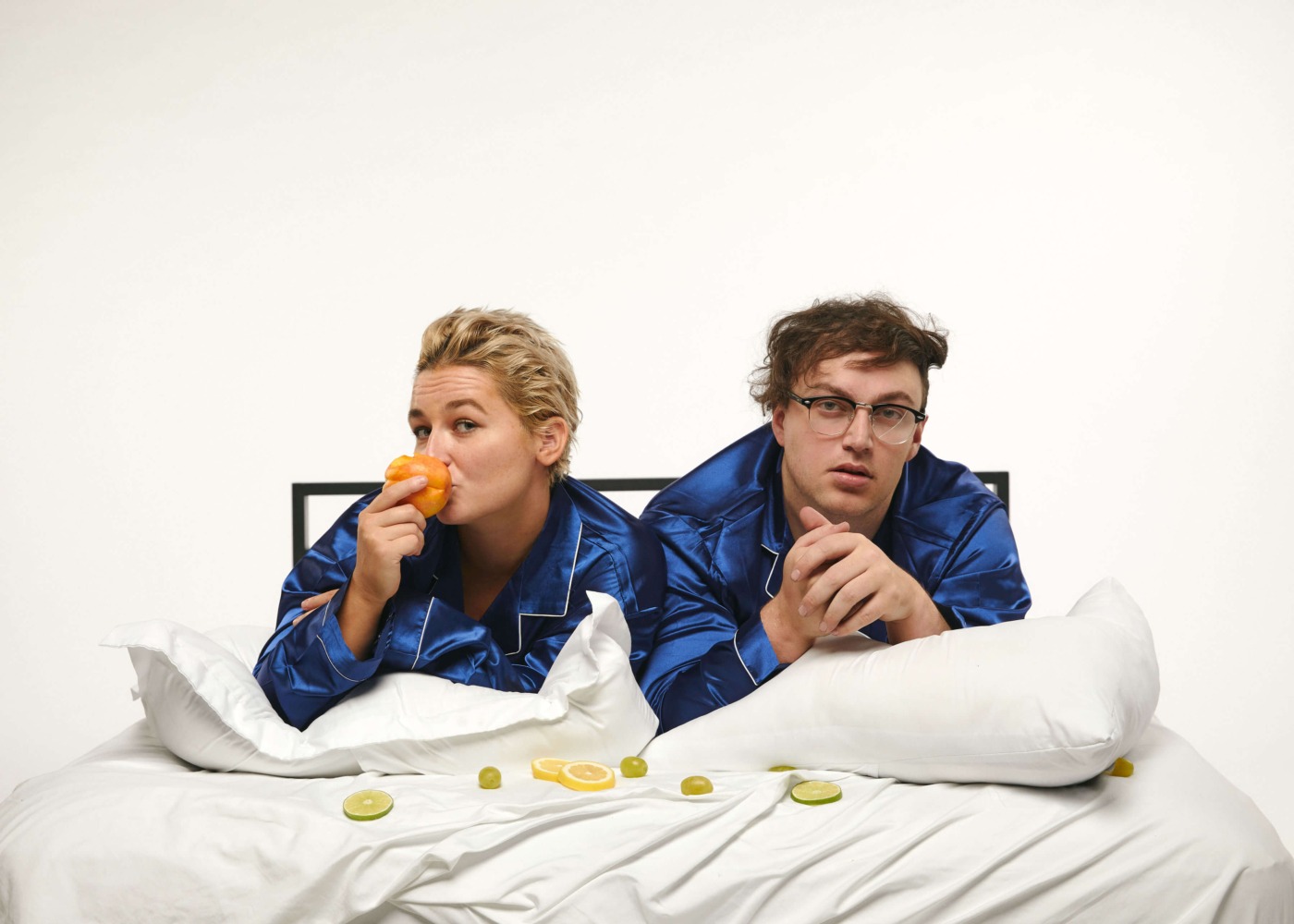 Chapel talk living together, nostalgic yearning and the story of ‘Room Service’

Let’s face it: if you’re stuck in the same place for a prolonged period of time, seeing the same few faces all day, every day, it’s understandable if you drive each other a little insane. It’s a situation many of us may have faced at some point over the three coronavirus lockdowns we’ve lived through, and one few will harbour any kind of nostalgia for in the future.

This was not the case, however, for Carter Hardin and Kortney Grinwis, the members of Atlanta alt-pop duo Chapel. As the Covid-19 pandemic gathered momentum on their side of the Atlantic and threw their world into upheaval, the pair moved in together, and it was in this environment that their new EP Room Service was created. While a prolonged period of time away from touring is an unusual prospect for most musicians, there was an element of familiarity to it for the band.

“We’ve been locked down in a van together for like four years!” remarks vocalist and guitarist Carter. “Maybe that’s why we were already used to it.”

“It was honestly great,” adds drummer Kortney. “[Because we’ve been] touring together for so many years, we just get each other without even communicating sometimes.”

In the parallel universe where the pandemic never happened, Chapel’s debut album would be in fans’ hands by now. In this universe, however, life got in the way. Due to the uncertainty over what would happen next, the brakes were pulled on the beginnings of the album campaign (two singles, ‘Friends’ and ‘Mushy Gushy’ have been released so far). With four years having passed since they released a longer body of work, in the form of 2017’s debut EP Sunday Brunch, Carter and Kortney weren’t prepared to sit and wait for things to return to normal before putting something more substantial out. Without the pressure of a traditional recording process, it was the most relaxed experience of making music they’ve ever had.

“We’d have dinner and be like, ‘Are you feeling some music? If not, let’s go watch a movie’,” says Kortney. “It wasn’t anything stressful, which was really cool. No schedule, no time limit. It just totally came out when it came out.”

No matter what happens, it’s cool to have something that we can always look back [on] in the future

With the ability to interact with others and to have a change of scenery limited, this environment also offered Carter the perfect opportunity to realise a long held ambition, by self-producing for the first time. Now that he had an abundance of free time, he could dedicate all the space and energy to understanding producing that he wanted, taking online lessons to get as great a grip of the craft as possible.

Self-producing added to the sense of relaxation and freedom in the process, he explains. “Sometimes, [when you book] a day with someone and there’s no inspiration there, or you come up with a drum thing but it’s six ‘o’ clock and they want to go home. Any time we were feeling it, or when we scrapped something and we wanted to come back, we could do it any time.”

This abundance of time, however, could sometimes be a double-edged sword – as any student knows, sometimes you need the pressure of a deadline. “[Although] we were able to spend as much time as we wanted reimagining and working [for] weeks [on] this one verse, at the same time you have to know when to call it,” says Kortney. “The art speaks when the art speaks.”

Musically speaking, Carter and Kortney consider Room Service a more “reserved” release than Sunday Brunch, leaning further into their pop side than the rockier one exhibited previously. Its four tracks are chilled yet content in their pensiveness, glimmering and wistful. “I just wanted the production to be a little chilled out and have whatever we’re doing lyrically and melodically up front,” explains Carter. Lyrically, these songs chart “all the feelings that we had [during lockdown],” in all their pandemic-heightened intensity, yet there is a universality to these emotions that feels relatable to corona-times but will hardly age badly when the virus releases its grip on modern life. We find Carter wrestling with the anxieties that manifest from spending too much time inside his head overthinking on ‘Pillow Talk’, and he spends the rest of the EP, particularly on ‘Miss The Days’ and ‘First Love’ dwelling with nostalgia on the time spent with a first love who has since moved on, got married and had children. If you spent any or all of the three lockdowns reliving happier memories to escape, however briefly, from living too intensely in a hopeless and tumultous present, you may indeed see yourself in it.

Chapel rolled with the punches of a world forced to adapt in the pandemic, and the result is not only an accomplished EP that can slot into a listener’s life seamlessly. “I think that’s what special [about it],” says Carter. “No matter what happens, it’s cool to have something that we can always look back [on] in the future and be like ‘This is what we felt during that time. And I hope other people feel the same way.’”