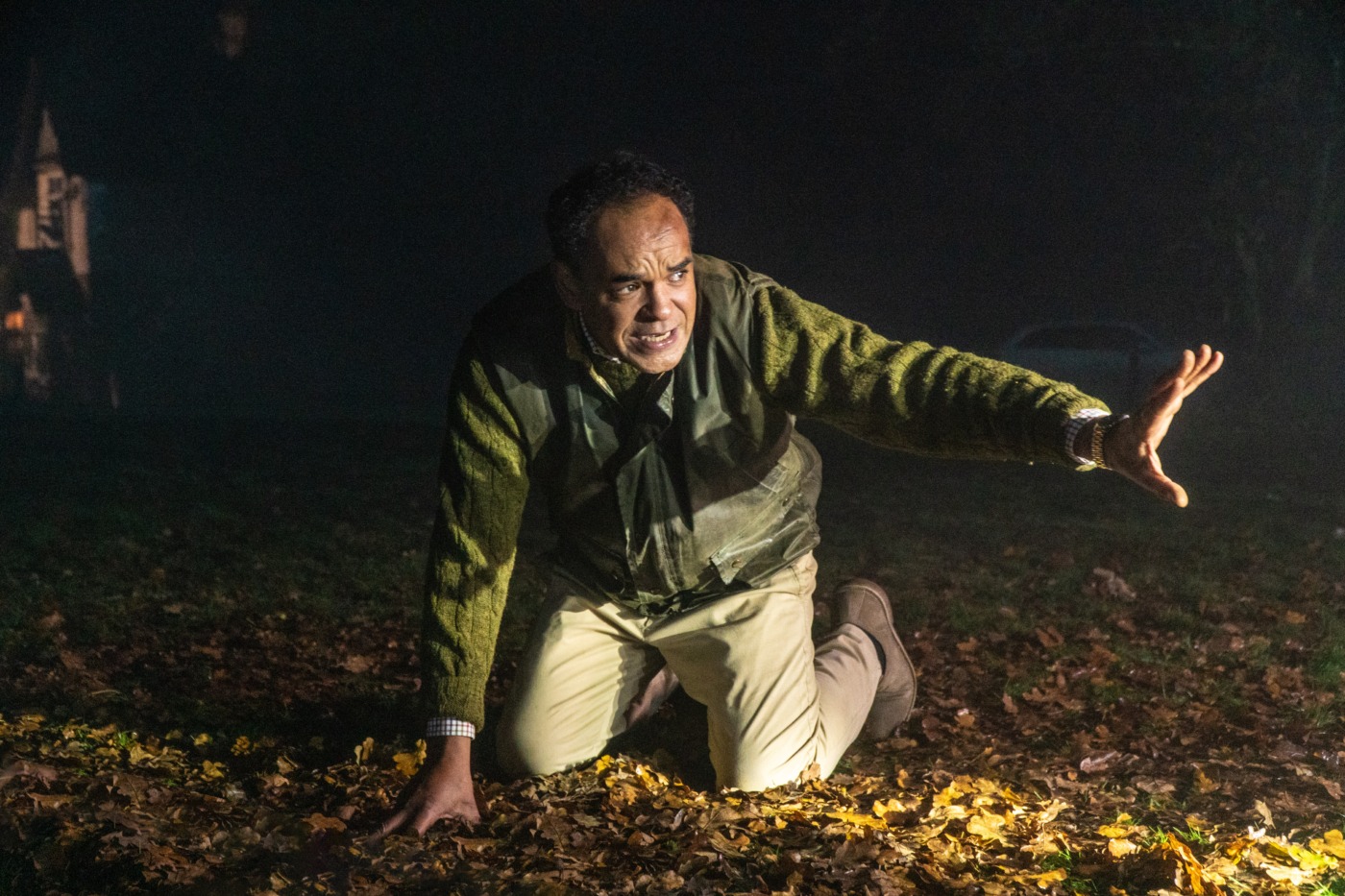 A village club, a costumed killer, and a mystery from the past – these are all familiar elements of Midsomer Murders, but they’re given some new life in ‘The Stitcher Society’. As Midsomer’s ‘opposition to Line of Duty’ run comes to a close, we wrap up with a solid instalment that is, to my mind, one of the best episodes of the show’s recent run.

Five years ago, in the village of Tamworth Springs, Toby Wagner (Peter De Jersey) is controversially acquitted of murder. In the present day, he is the latest inductee into a post-operative heart rehab club, the Stitcher Society, and he faces hostility from his old friends. But hostility swiftly turns to murder when, that night, the club’s owner is murdered on the village green, stabbed through the chest with a modified kendo sword. Barnaby and Winter investigate the murder and, as more bodies pile up, they must determine who is responsible and whether, despite the protestations of all the villagers, Toby might actually be innocent of the original crime.

It’s debatable whether ‘The Stitcher Society’ feels like vintage Midsomer, but it’s the closest we’ve been for quite some time, and that’s a definite plus

It’s debatable whether ‘The Stitcher Society’ feels like vintage Midsomer, but it’s the closest we’ve been for quite some time, and that’s a definite plus. Expect the useful high production values and backing music, and a fun lead showing by Neil Dudgeon. He’s supported ably by a good supporting cast and lots of faces you’ll recognise (from John Thomson to Keith Allen, paying a wrong‘un because he’s Keith Allen), and a really solid performance from Hannah Waddingham as flirtatious estate agent Mimi Dagmar – her scenes with Dudgeon made me chuckle, and Mimi is one of the best supporting characters we’ve seen in a while. She adds to a sense of lightness that the show always hit in its prime but has struggled to find in recent years.

As we began the episode, I got a worrying feeling of familiarity – the murder by a person in a kendo costume put me in mind of costumed murders in both ‘The Wolf Hunter’ and ‘The Sting of Death’. But we swiftly moved past this, and I thought that Jeff Povey’s script was genuinely refreshing. The mystery was solid and worked well with some effective kills, and a motive that was sitting perfectly too obvious and too far-fetched. I didn’t work out the identity of the killer either, but I thought it was possible, and that’s a rare novelty in recent series of this show.

If the remainder of series twenty-two (whenever it airs) is as strong as this one, it should be an essential run

This was a really engaging and novel script, and one of the best ones in recent Midsomer history, but I do want to raise three tiny issues. I liked the concept of the Stitcher Society, but what on earth was occurring in this village that half the inhabitants all underwent heart surgery – there’s a mystery I’d love Barnaby to investigate. Some of the characters are completely unnecessary (Erika Marx, and there’s a potential investor in the club who appears twice and adds nothing at all), and the most baffling choice relates to the use of the past mystery – it’s an integral element in the plot, and yet we’re given barely any information about it whatsoever. When Barnaby reveals the solution at the end, he solves the past mystery with a clue that the viewer never knew about, and that’s a bit unfair.

Despite some nit-picks, however, I really enjoyed ‘The Stitcher Society’. We’re taking a break from the series now, and this was a good episode on which to pause. It felt like a classic Midsomer, and benefitted from a good supporting cast (notably Waddingham) and a solid and engaging mystery. If the remainder of series twenty-two (whenever it airs) is as strong as this one, it should be an essential run. 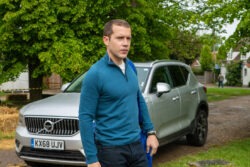 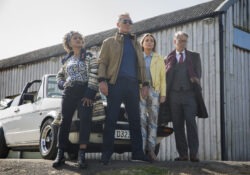