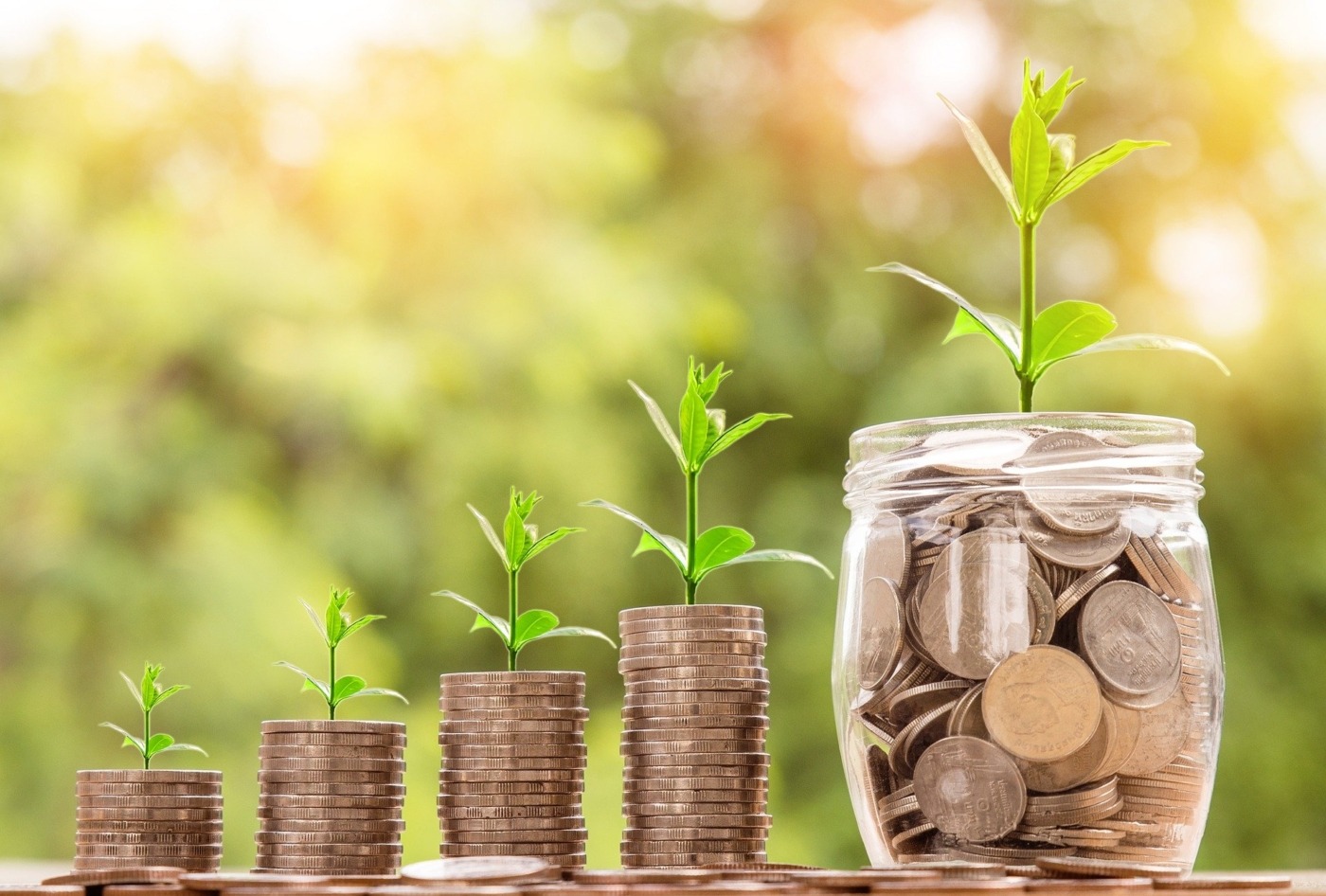 Greenwashing: what it is and how to fight it

By Amy Holliday
May 5, 2021
Posted in Climate, Features, Lifestyle, Opinion

‘Eco-friendly’, ‘100% recyclable’, ‘Vegan’. These are all phrases that we as consumers are used to seeing describe the products that play such a large part of our everyday lives. Yet how often do we take these descriptions at face value? Trusted brands that are a well-established part of our lives wouldn’t lie to us? Or would they?

Greenwashing is when companies capitalise on consumers’ increasing demands for sustainability but are deceptive in the process. More money tends to be spent on the marketing of products as being sustainable than the implementation of the actual sustainable practices.

Environmentalist Jay Westervelt coined the term in the 1980s when it was found that hotels that asked guests to re-use their towels to save energy were often not working to save their energy consumption at all, but were instead seeking to benefit from lower laundry costs.

The practice can be dated back to the 1960s when Westinghouse Electric Corporation, in an advertisement campaign, called their nuclear power plants “clean, and safe” despite the environmental impact of nuclear waste still being a glaring concern.

As time has gone on, consumers have tended to care more about their impact on the environment. Various polls in the 1990s found that a company’s environmental record influences the majority of consumer purchases. A 2015 Nielsen poll found that 72% of millennial respondents were willing to pay more for sustainable products.

This means that companies have had more incentives to continue to greenwash.

Greenwashing is carried out by both smaller companies as well as the larger brands we all know. From covering up problematic emission rates, to hiding animal cruelty, acts of greenwashing tend to have very specific impacts on different aspects of our environment.

Volkswagen faced a lawsuit when they were found to have marketed “clean diesel” cars but it was unveiled that the brand had actually been greenwashing for seven years. Cars were equipped with software that altered their performance during emission tests so it seemed like the cars were low emitting, when in actual fact they were emitting 40x the amount of nitrogen oxide pollutants than the US legislations allow.

Nestle has spent a lot of time marketing their bottled water as being a relatively responsible consumer product, emphasising their new recyclable plastic bottles. However, this misleads the consumer when only around 31% of plastic bottles end up being recycled. Moreover Nestle relies on a spring in drought-prone California, meaning not only the packaging but also the product itself is problematic.

H&M’s Recycling Scheme in which old textiles are brought into store in return for a coupon is also controversial. 1000 tons of old textiles would take around 12 years to reuse, whilst the same volume of new clothing is being produced in a matter of days. Much of the old textiles brought back in stores is sent to developing countries where such recyclable waste cannot be processed at all.

Companies have also used the word ‘vegan’ for their own gains, giving it a narrower definition in order to boost sales by including it on products’ branding. A major selling point of L’Oréal’s Botanicals hair care range is that it is “100% Vegan” because their “formulas don’t contain any animal component or derived ingredients”. However, L’Oréal tests its products on animal beings as it chooses to sell products in China, where cosmetic animal testing is a legal requirement. Veganism condemns the use of animals as commodities, such as cosmetic animal testing. Therefore, these products are not truly “100% Vegan” as marketed. In addition, the Body Shop, owned by L’Oréal from 2006 to 2017, claimed it was cruelty free during these ten years, despite their strong financial links to L’Oréal.

Not all companies greenwash intentionally. Some simply lack the knowledge surrounding the lifecycle of their products and the materials that are being used. Nevertheless, the practice, whether accidental or not, remains extremely damaging.

Greenwashing “takes up valuable space in the fight against significant environmental issues” masking various actions which harm the environment. This is compounded by the fact that consumers believe they are playing their part in supporting sustainable practices by buying such products.

Enterprises’ flouting of national laws is a grave concern, reflective of the rising power of Trans-National corporations

Many people focus on one specific way to help the environment so they are making a difference without having to change their lifestyle too much. This could involve a change in diet, or methods of travel, or consumption. Some people’s sole method may involve choosing to support ‘sustainable’ businesses. The consumers’ ‘good acts’ risk being wasted on greenwashing companies when it could have been channelled in a way that would actually help.

Not only does the environment suffer because of greenwashing, but this phenomenon reflects the power imbalance in today’s society. Consumers being deceived in this way may only be a representation of the way companies, at least those who greenwash intentionally, treat their customers. Moreover, enterprises’ flouting of national laws is a grave concern, reflective of the rising power of Trans-National corporations. This is something that must be kept in check to ensure a fair and transparent world.

Although greenwashing continues, we as consumers have more resources available to us to identify this practice. As a Guardian article points out, when greenwashing first started to occur, it was through TV and print adverts. Consumers had little access to information to catch out companies that greenwashed. However, whilst new technology, internet, and social media has provided companies with additional mediums and products to do so, we are also more able to detect this practice.

How can consumers combat greenwashing?

With four in five East Midlanders reportedly not knowing how to detect greenwashing according to a recent survey carried out by ‘Wealthify’, it is easy to understand how brands have gotten away with greenwashing for so long.

There are many search engines that can help consumers detect whether brands greenwash. Ethical Consumer and PETA both have search engines to find out whether companies are actually sustainable. Good on You is another helpful website.

As well as using these search tools, there are typical greenwashing traits as noted by ‘A Considered Life’ that we can look out for to spot for ourselves whether a company may be greenwashing.

It is only by deciding to oppose companies that greenwash, and supporting those that are genuinely sustainable, that we send a firm message: greenwashing is simply not acceptable

If a company is greenwashing, they are more likely to provide as little evidence as they can in order to cover up the fact that they are not acting on their words.

Companies that are greenwashing are often very overt with their use of green imagery to try and cover up their malpractice. On the contrary, enterprises that are genuinely sustainable tend to use simpler packaging with genuine certifications.

Another key characteristic of greenwashing is when companies talk about how they are ‘sustainable’ and don’t specify whether they are talking about the packaging or the product itself, or talk about one at the expense of the other.

Learning how to identify the signs of greenwashing is the first step to being able to make empowering decisions about the brands we choose to support. It is only by deciding to oppose companies that greenwash, and supporting those that are genuinely sustainable, that we send a firm message: greenwashing is simply not acceptable. 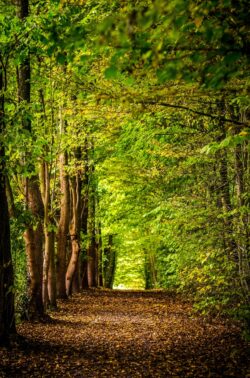 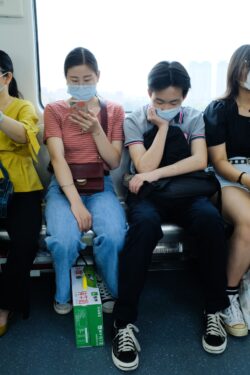 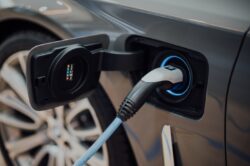 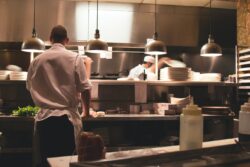 Why do restaurants throw away food?