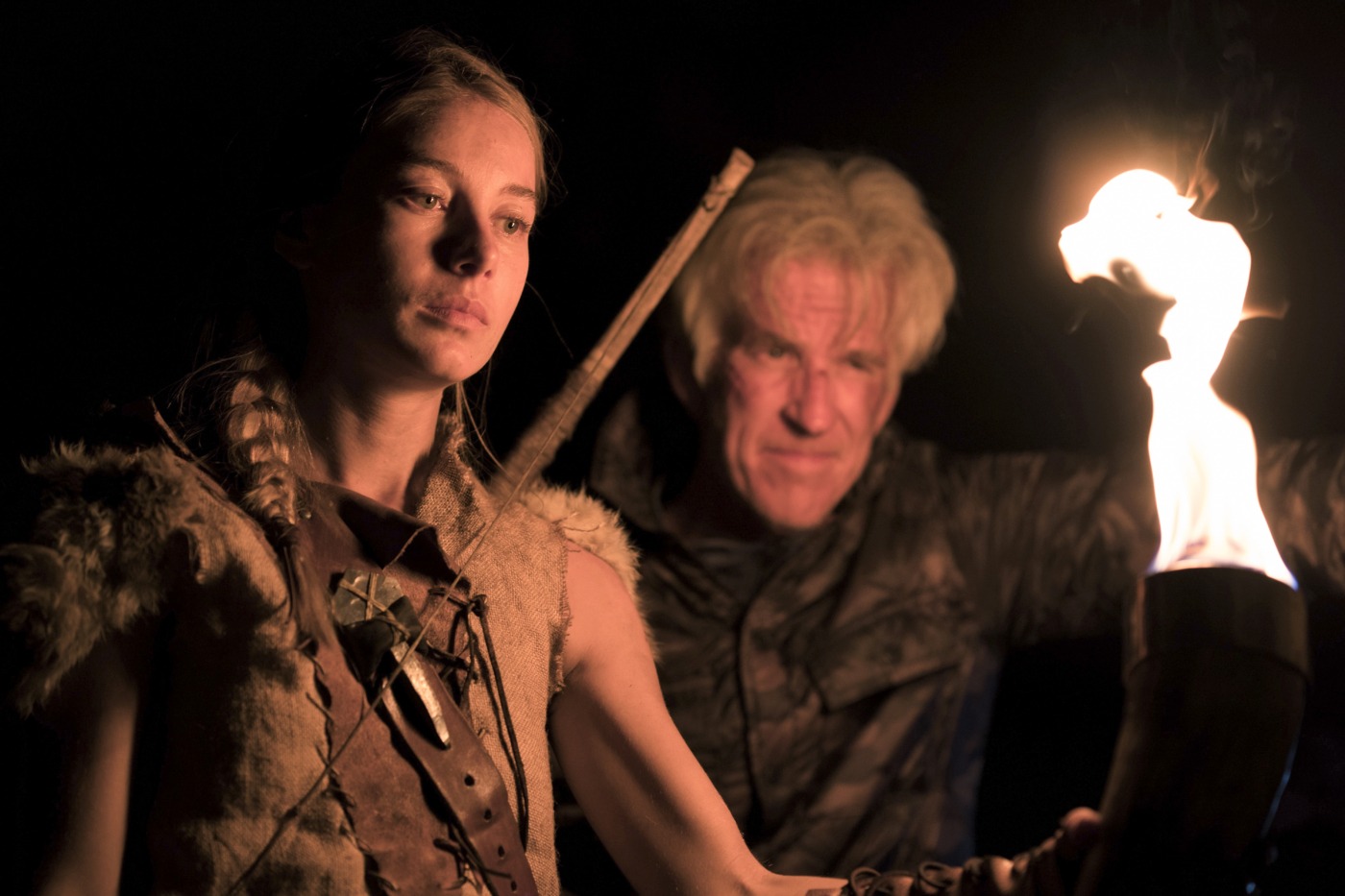 As a horror fan, I find myself watching a lot of franchises, and there’s one steadfast rule here – the longer the series goes on, the worse the films become. That’s certainly true of the Wrong Turn franchise, which began in 2003 with a middling effort and, after a popular sequel, quickly nosedived in quality for another four instalments. The seventh film, this year’s Wrong Turn, is a reboot that shifts the focus and attempts to tell a vaguely political story. It’s fun and it’ll certainly satisfy horror fans, but it feels as if the film doesn’t quite build on the groundwork it lays.

We follow a young girl called Jen (Charlotte Vega), who is on a trip with some friends to hike the Appalachian Mountains. Jen is unsure about what to do with her life, and she hopes that a break away will help clear her mind and point the way forward. But the small town appears unwelcoming, warning the group not to leave the beaten track or else. Of course, they do – an accident leaves them wounded, and at the mercy of the people hiding among the trees. After Jen vanishes, her father Scott (Matthew Modine) takes to the mountains himself in the hopes of finding her.

Let’s start with the positives, because there are a few good points. Mike P. Nelson’s direction is solid, and he imbues certain scenes with a frantic energy that works really well – there’s a scene involving a log in the first half-hour or so that is genuinely tense viewing. The same is true of the film’s climax, a gripping sequence set at night that pits our heroes against the villains – the location, the score and the direction all work perfectly here. You get a feel of the horror of being stuck in the middle of nowhere, and Vega makes an impressive lead in spite of her character being surprisingly thinly-sketched. If you like horror, you’ll also enjoy some fairly grisly deaths.

At 110 minutes, Wrong Turn (2021) is by far the longest film in the series, and it feels both a little overstuffed and thin at the same time. None of the characters are particularly fleshed out outside of some generic archetypes (the good girl, the dad, the aggressive guy), and it makes it hard to invest in any of them. One of the biggest issues comes in the political messaging – without spoiling too much, it attempts to set up an ‘us vs. them’ thing and then trouble it, but it never quite manages. It’s hard to play both sides as equal when every single one of the villains’ actions are hostile from the off – they claim to be misunderstood, but they do nothing that supports that claim (indeed, there are hints that they are worse than they first appear). It feels like Alan B. McElroy’s script wants to make a point about prejudice and barbarism, but it never figures out what it actually wants to say.

We’re just waiting for the bad thing to happen, rather than hoping it won’t

There are also some bizarre writing choices, beginning at the film’s opening. We start with Scott searching for Jen, and then we cut back to six weeks earlier, which really drains a good chunk of tension away from the earlier acts – we’re just waiting for the bad thing to happen, rather than hoping it won’t. The film really gathers momentum when Scott actually gets involved, but that takes a long time coming – it feels like this is the story the film actually wanted to tell, and it’s certainly the most engaging element, helped in no small part by Modine’s charisma.

Wrong Turn (2021) is, I think, the best film in the franchise, but that may be linked to how it attempts to break away from every other film that came before it – the name feels like a marketing ploy, and nothing more. I laud the efforts to do something different, a real novelty in a horror reboot, but it hits about as often as it misses, and it feels like it could have been tighter. If you’re a horror fan, you’ll like enjoy Wrong Turn (2021) – but don’t engage past a surface level, or you’ll be a little disappointed too.