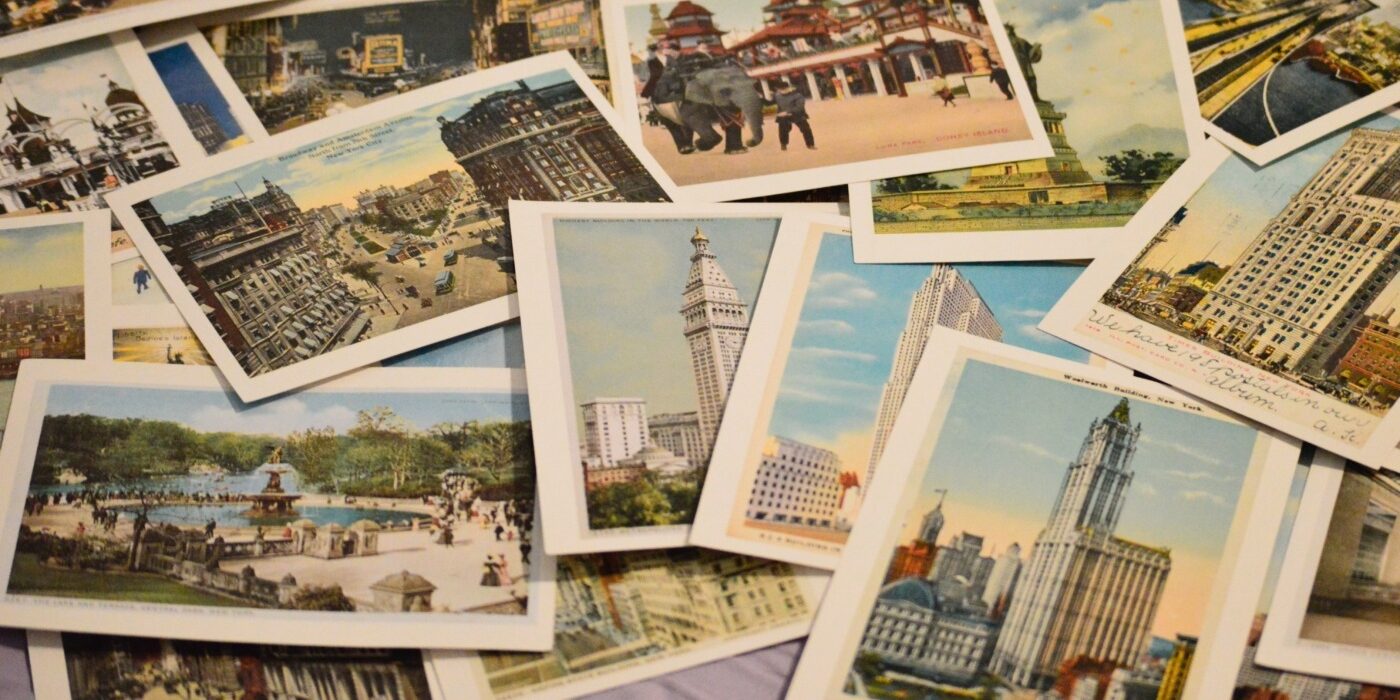 Photo by Becky Phan on Unsplash

Charting the history of the postcard is difficult because it wasn’t invented – rather, it evolved, and it wasn’t always linked to travel. Much of the rise of the postcard is also connected with the development of the postal service, as well as innovations in printing and photography. Some of the direct ancestors of the postcard came after the popularisation of printing presses, which saw many forms of paper have illustrations on them. In 1777, the French engraver Demaison published a sheet of cards with images and greetings on them – the idea was that they’d be cut and sent through the local post. However, people were wary that servants would read their messages, so the idea was not overly popular.

It was the evolution of the post that led to what would be the postcard. In 1840 in the UK, there was a postal reform that unified the cost of domestic mail delivery to 1p per envelope. This cost would be prepaid by the sender, and prepaid letter sheets were put on sale as well as stamps. Designed by William Mulready, they showed Britannia with a lion at her feet, sending mail messengers to all parts of the world – it was an unpopular design, but the first example of postal stationery with decorations on the outside. It lasted a year and was then replaced by a pink envelope with a printed stamp on the corner.

Meanwhile, in late February 1861, the US Congress passed an act that allowed privately printed cards, weighing one ounce or under, to be sent in the mail. The same year, John P. Charlton patented a private postal card and sold the rights to Hymen Lipman. Known as ‘Lipman’s Post Cards’, these postcards had a decorated border, but they saw little use until 1870 when experiments were conducted on their commercial viability.

We return to Europe in 1865, where a Prussian postal official called Heinrich von Stephan proposed the creation of offenes Postblatt, or an open post-sheet. He wanted to simplify the etiquette of the letter and reduce the costs involved in sending a short message. He proposed the creation of a rigid card with pre-paid postage, which could be used without the need for an envelope.

It was believed too complex to work, and unlikely people would be so open with their correspondence

It wasn’t overly well received in Germany – it was believed too complex to work, and unlikely people would be so open with their correspondence – but a similar idea caught on in Austria-Hungary in 1869. Dr Emanuel Hermann wrote an article arguing a more practical and cheaper method should be implemented for shorter, more efficient communications. The Austrian Post were impressed, and they created the first postcard on 1 October 1869.

So, if it was a postal innovation, why did the postcard become associated with holidays? In 1874, the General Postal Union fixed a standard rate for letters sent to its members and determined half that rate should be applied to postcards, making sending them abroad much cheaper. The Eiffel Tower was debuted in 1889 at the Exposition Universelle, and French engraver Charles Libonis designed special postcards for the occasion. They depicted the tower and could be mailed from the Eiffel Tower itself, linking the postcard with foreign visitors eager to share the things they’d experienced.

The 1893 World’s Columbian Exposition in Chicago saw 46 nations participate with exhibitions and attractions, and a novelty set of official postcards was produced – over 26 million people visited the fair, with many picking up foreign postcards as souvenirs (the first time postcards had been printed as such). A postcard collecting club with thousands of members was founded in 1897, and postcards were a craze until the outbreak of the First World War. They were cheap and convenient to send, with some large cities holding up to 12 pickups and deliveries a day.

Postcards began to be printed with white borders in 1913 and well into the 1930s, a strategy design to reduce the margin of error when cutting them, making them less expensive to produce. A modern era of postcards, using Photochrom printing, gained momentum around 1950, but the story of the postcard sadly has become one of decline. In 2017, postcard sales dropped to around 25% of 1990s levels, and long-established printers have closed because they are unable to keep up with social media.

Although you’re unlikely to receive a postcard from a friend (especially given the state of holidays at the moment), there is something magical about them. Next time you’re abroad, why not pick up a postcard – you’ll be part of a 150-year story of communication. 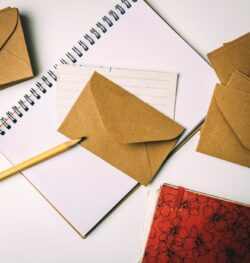