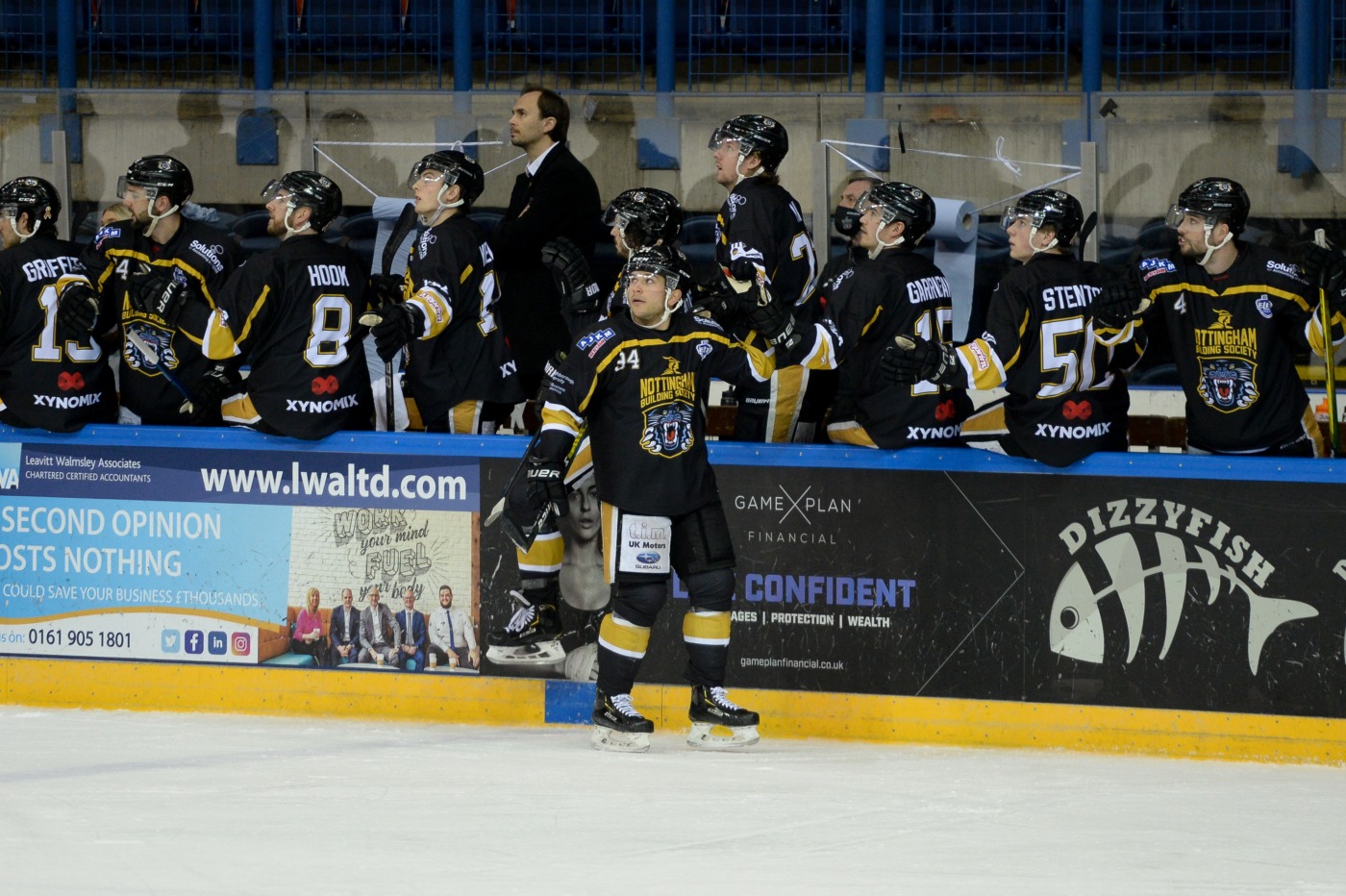 On Monday, Nottingham Panthers head coach Tim Wallace spoke to the media ahead of their playoff clash with Coventry Blaze on Tuesday evening.

Despite a rocky start to their Elite Series campaign, Wallace’s side were able to turn their fortunes around, narrowly missing out on second place to their semi-final opponents.

Wallace acknowledged this upturn in form in the press conference, saying:

“I think we’ve been improving every day. I think the last six games, besides one little hiccup against Manchester, we’ve been playing the right way. Every game has been a battle which is just like playoffs, so hopefully it’s just another day for us tomorrow.”

The Panthers finished third courtesy of the Storm’s loss to Sheffield Steelers in the final clash of the group stage, but had things gone differently, Tim Wallace could have seen his team butt heads with their traditional rivals in the next stage. When asked whether he was happy about the draw against Coventry, the American said:

“I didn’t really care [who we played] to be honest. I think every team is good and has some dangerous assets that they bring.

“We just need to play fast, stay out of the box, and get in front of the net. I think we’ve played pretty well against them [Coventry] and hopefully we can continue to roll.”

Nottingham wrestled victory from the jaws of defeat in their final game against Danny Stewart’s Coventry, claiming a 4:3 overtime victory despite falling behind three times throughout the game. The Panthers head coach puts this down to their determination and an extra level of hunger in the final period of that game.

“I know it’s cliché, but we just wanted it more. We tried to execute it in the first two periods but in the third that extra level of competitiveness was there, and everything just seemed to click. We had a lot of chances and the guys wanted it.”

Throughout a coach’s period at a club, a key aim is to not only bring success to the team, but to improve players individually and leave their mark on the squad. Wallace said he was happy with the developments that his players had been making under his stewardship.

“It’s been going very well… I think there were a lot of things that a lot of these young guys had no idea about, and they’re all willing to learn… To stay in after to watch video with me and go over the fine details of the game to help the team and help themselves.

“It’s been a lot of fun. It’s been hard work, it’s been a blur, but everybody is doing the best they can to help the team and help win hockey games.”

He did note, though, that improvements certainly don’t come overnight.

“It’s obviously a short, condensed situation [the miniseries] so it’s hard to really improve. If you look at what happened last year, Tetlow is a big example. If you watch the way he’s playing this tournament, I think he’s improved immensely over the year that we’ve had. Everyone’s trying to get better every day.”

The former NIHL player also quickly took the time to address Tetlow’s call up for Team GB, saying: “It’s great! Hard work pays off, as simple as it is, but if you put in the work and you put in the effort to improve every day, good things happen, and there’s a prime example in Tetlow.”

Next up then for the Panthers is the playoff phase of the competition, with Wallace making it clear that playoffs are very different to group stage matches.

“The aggregate scoring, the six period game, it makes it different for some guys. We need to address that and get on the same page there and find a way to win. It’s playoffs… it’s a different beast… it’s time to put the body on the line.

“It’s anyone’s tournament. You look at how tight the tournament’s been and pretty much everyone’s beaten everybody. It just comes down to everybody playing the right way going into playoffs. I think we have. Hopefully, it continues.

“I think that it’s going to help us that every single game has been a playoff-type game – pretty much a war to fight for those two points – and I think that should help us come playoffs. If you’re not rolling, playing the right way going into the playoffs, then it can overwhelm you.”

As a closing note, the former Milton Keynes Lightning coach spoke to the threat posed by the Blaze, particularly through their league-leading powerplays, as they head into the semi-finals with a 36.17% powerplay efficiency.

“How would we stop their powerplay? There’s things we go over and ways to prevent Grade-A scoring chances on the powerplay. We’re not going to change too much. We’re going to try to stay out of the box and figure out a way to be mentally sharp on what you’re supposed to do in certain situations.

“If they’re [the Blaze] clicking, it’s hard work. Against special teams, it’s hard work… It’s obviously about being smart, but also working harder than the other team on the killing or on the powerplay.

“Special teams are a big part of the game, and you can tell Coventry’s a special team, so we’ve got to be dialled in come playoffs.”

Nottingham Panthers face a tough two-legged affair against Coventry Blaze over the next few days, followed by a potential final clash with the winner of Sheffield Steelers vs Manchester Storm, to lift the Elite Series trophy and claim glory on their home turf at the Motorpoint Arena.

New: Danny Stewart speaks to The Boar ahead of Blaze-Panthers contest 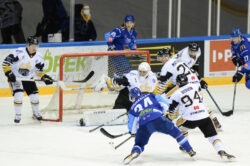