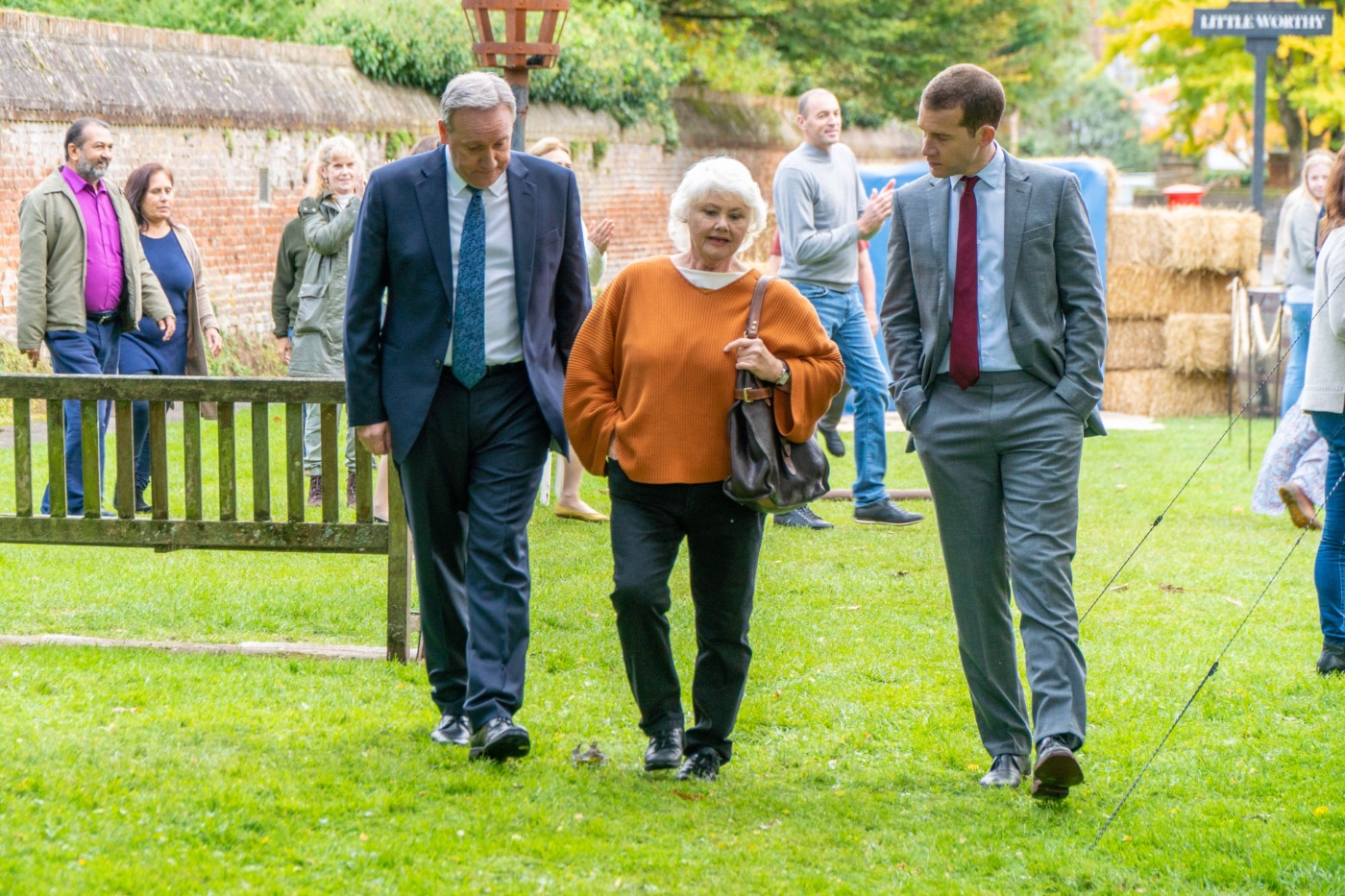 Still faced with the ratings juggernaut that is Line of Duty on BBC1, ITV has immediately pressed on with the 22nd series of Midsomer Murders. ‘The Wolf Hunter of Little Worthy’ is our series opener, the first episode of Midsomer to be filmed under Covid restrictions, and it’s a novel story with a genuinely fresh, interesting central idea. And it results in a solid and engaging time with some really good moments, even if the final experience is good rather than great.

The village of Little Worthy hosts an urban myth competition, and a local photographer wins with his creation of the Wolf Hunter. The monster, a creature that is half-man and half-wolf and which stalks the local woods, unexpectedly gains a cult following, with people coming from miles around hoping to catch a glimpse of the beast. One night, a local handyman is murdered in the same manner as the legend, and Barnaby must figure out why – could it be linked to the tensions between a glamping site and the wealthy Pat Everett (Mark Williams), or a nearby internet café? Or could there really be a monster stalking Little Worthy?

It was pitched in the TV guide as ‘Midsomer meets memes’, but works a lot better than that description sounds

It’s a shame that ‘The Wolf Hunter’ didn’t air around Halloween time, it has that feel – there’s a gothic vibe to the episode, and some genuine effective set-pieces directed wonderfully by Matt Carter. I’m thinking the first murder, and a perfectly shot sequence in which the murderer pursues a victim (dressed as Little Red Riding Hood) through the village, backed by a frightening score. Although much of the episode conforms to the typical Midsomer vibe of sunny village and high production values, these moments really stand out due to their execution.

That the episode has such a unique idea helps it out immeasurably. It was pitched in the TV guide as ‘Midsomer meets memes’, but works a lot better than that description sounds. It’s focused, and it has a solid supporting cast, even if some of them don’t get too much to do – Louise Jameson is particularly underused as the pub landlady, and Maimie McCoy as her new age daughter is generally limited to cliché phrases that underserve how good she is. Mark Williams and Siobhan Redmond (as his wife Ronnie) have fun and an engaging story, and Sinead Matthews gets to butt heads with Dudgeon a lot as the head of the internet café. One of the characters I found the most engaging doesn’t make it too far in, but that’s Midsomer for you.

Writer Chris Murray’s Midsomer episodes are a bit of a mixed bag, but ‘The Wolf Hunter’ is certainly one of his best – it captures the show’s charm, and infuses it with some genuinely new and interesting ideas

How about the main cast? I feel like this episode gave Annette Badland (as pathologist Fleur Perkins) a lot more to do than usual – she’s certainly the best doctor since Bullard, and having more of her is always a good thing. But she seems to have been counteracted by making Winter almost a dunce, and it doesn’t fit the character we first met. In this episode, he bangs his head on hanging cutters and absentmindedly almost destroys obvious evidence at one of the crime scenes, and that doesn’t sit right. Nor does his inability to catch up with a man running in a wolf costume, especially as he’s able to keep pace with a motorbike later in the same episode.

Writer Chris Murray’s Midsomer episodes are a bit of a mixed bag, but ‘The Wolf Hunter’ is certainly one of his best – it captures the show’s charm, and infuses it with some genuinely new and interesting ideas. Although there were elements that were slightly slack (underused characters, and a sketchy motive), I thought this was a good one, and a really engaging start to this new run of Midsomer.